Condoms should be used while having sex. They help prevent the spread of sexually transmitted infections (STIs) and reduce the risk of pregnancy. Some STIs that condoms help protect against are genital herpes, gonorrhea, chlamydia, trichomonas, hepatitis B, hepatitis C, and HIV/AIDS. Condoms keep genitals (penis and vagina) and fluids from touching a sexual partner. There are two types of condoms – external and internal.

You can get condoms at:

When choosing condoms check their expiration date. Make sure the condoms you use are:

The external condom, or male condom, is placed over an erect penis. 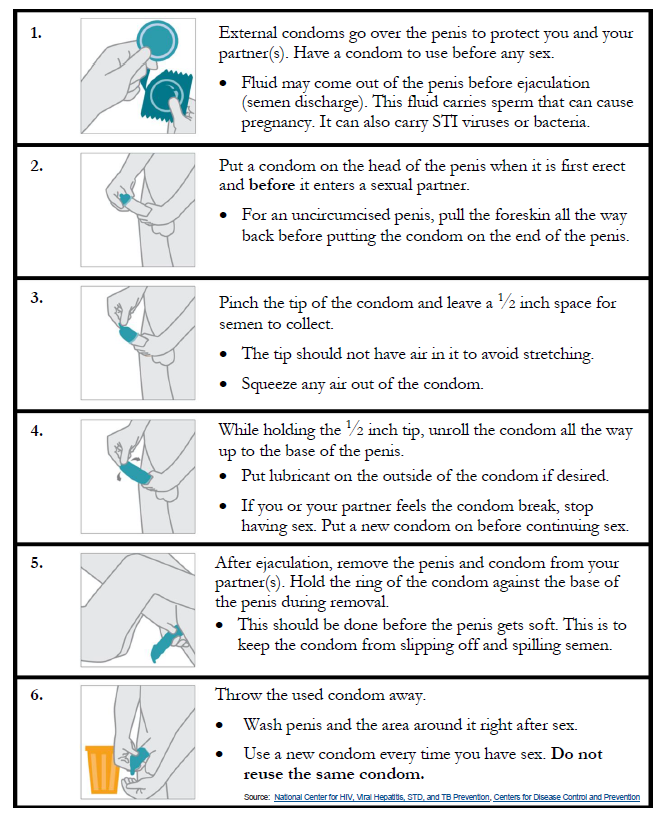 The internal condom, or female condom, is placed inside a vagina. 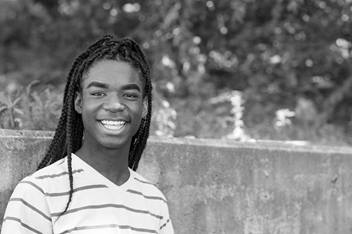