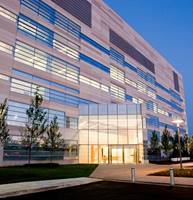 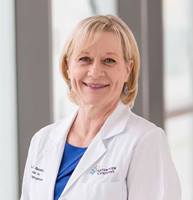 Our faculty is dedicated to discovering new methods of diagnosing, treating and preventing diseases in kids everywhere.

The Abigail Wexner Research Institute aggressively supports the discovery of new knowledge and its translation into novel therapeutics and diagnostic tests to advance pediatric research. Unprecedented investment and inspired leadership have paved the way for tremendous progress. The impact on children who previously had little hope has been truly remarkable.

Our investigators traverse the spectrum of pediatric research from discovery science to population health with the common goal of improving the health and quality of life for children and their families. We recruit and train some of the brightest and most innovative researchers and clinician-scientists in pediatrics. Our researchers’ dedication and commitment enable them to work together to accomplish more than could be imagined independently.

Here, discovery, translation and team science aren’t just ideals. They are our foundation as we seek answers on behalf of children everywhere. 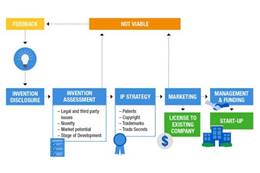 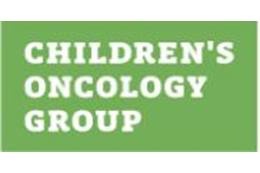 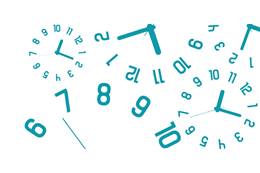 When Every Week Matters Advancing a Treatment to the Clinic 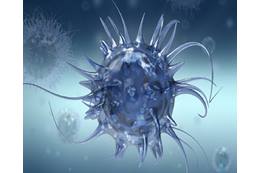 Research Building IV to Open in 2023, Providing a Solid Footprint for Growth in the Years Ahead

Research Building IV, which began construction in 2020, is anticipated to open in 2023. The new building will add approximately 285,000 square feet to Nationwide Children’s dedicated research space.

“At Nationwide Children’s, we are building world-class research facilities to support our continued growth and success,” says Dennis Durbin, MD, MSCE, president of AWRI. “Our growing facilities will help us to reach our aspirations, of developing new, life-changing therapies and creating the best possible outcomes for children around the world.”

Research Building III, which opened in 2012 and is certified by the U.S. Green Building Council Leadership in Energy and Environmental Design (LEED) program for sustainable building design, is 238,914 square feet and includes a 75-seat conference facility.

Research Building IV will serve as a companion to Research Building III. The two buildings will be connected through a common entry atrium and on every floor, enabling them to function as one complex where clinical care and research operations are seamlessly integrated.

The National Cancer Institute (NCI), part of the National Institutes of Health, Children’s Oncology Group (COG), and the Biopathology Center and Steve and Cindy Rasmussen Institute for Genomic Medicine at Nationwide Children's Hospital are poised to change the direction of pediatric cancer diagnosis and care. The Molecular Characterization Initiative is a project that aims to collect, analyze, and report clinical molecular data to support clinicians from over 200 hospitals in choosing the best treatment for each child. This program is part of the NCI Childhood Cancer Data Initiative (CCDI).

The molecular data gleaned from this initiative will also be added to NCI’s Cancer Research Data Commons, providing access to these data for cancer researchers worldwide.

As CSO, Dr. Durbin managed a broad portfolio of research initiatives. He collaboratively led the formation of Andelyn Biosciences; created the hospital’s first chief clinical research officer position, currently held by pediatric surgeon Kate Deans, MD; has supported the recruitment of over 40 new research-intensive faculty; and is overseeing the completion of a fourth research building on the Nationwide Children's campus, scheduled to open in 2023.

Dr. Durbin’s role as president of AWRI will be to establish the vision and strategic direction for the AWRI. A key component of that vision is the further integration of research and clinical care as highlighted in the hospital’s recently announced new five-year strategic plan. In addition, Dr. Durbin will represent the research institute in its ever-growing relationship with The Ohio State University and with the evolving biotechnology ecosystem developing in central Ohio. He will continue to support the recruitment of additional basic scientists, clinical investigators, and behavioral health and health equity researchers to AWRI over the next five years.

Dr. Barnard’s impact on Nationwide Children’s and the field of pediatrics during the last two decades was transformational. During his tenure, our National Institutes of Health (NIH) funding awarded to our investigators quadrupled and the amount of dedicated child health research space on our campus tripled. With his vision for growing multidisciplinary research programs, we established multiple research Centers of Emphasis, launched the Steve and Cindy Rasmussen Institute for Genomic Medicine in AWRI, built our first Good Manufacturing Practices facility and established our highly successful Office of Technology Commercialization.

Dr. Barnard’s passion for education and training to help shape the next generation of pediatric physicians and scientists is evident in our residency and fellowship programs where he has championed diversity. Nationwide Children’s has named the keynote presentation at AWRI’s Annual Research Retreat the John A. Barnard Lectureship in recognition of Dr. Barnard’s commitment and dedication to team science, training and education, and the translation of research to benefit patients.

The Story Behind Our Name 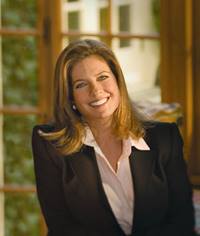 In 2019, The Research Institute at Nationwide Children’s was renamed in honor of Abigail Wexner, whose ongoing and passionate advocacy ushered in a period of unprecedented transformation at the hospital. During her more than 25 years on the board of directors, Nationwide Children’s grew to become one of the leading pediatric health care systems in the United States, and the Abigail Wexner Research Institute one of the most preeminent centers of its kind.

Mrs. Wexner began serving on Nationwide Children’s board in 1993 and acted as board chair for seven years from 2005 to 2012. During her tenure as chair, Mrs. Wexner led the hospital through the largest expansion in its history, including completion of a 12-story hospital building and a third research building, with more than $1.2 billion in regional economic impact.

The Abigail Wexner Research Institute at Nationwide Children's Hospital has a wealth of resources available to our researchers to ensure they have the tools they need to continue our mission of enhancing the health of children by engaging in high quality, cutting-edge research according to the highest scientific and ethical standards.  We invite you to learn more about our resources below. 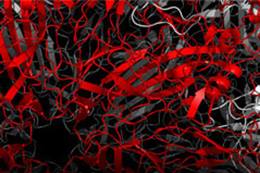 Advances in biomedical science place extreme demands on investigators for computational technology. We are working to meet those demands with a comprehensive array of computational services including biostatistics, epidemiologic analysis, database design and technical support. 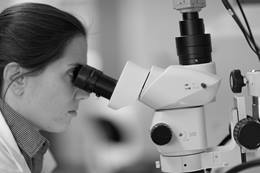 The Office of Research Compliance and Integrity (ORCI) aims to provide the institute, sponsors and general public with confidence that research conducted at the Abigail Wexner Research Institute is done according to the highest ethical and scientific standards through its compliance program. 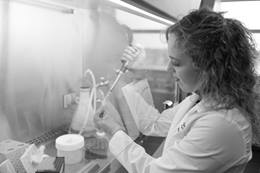 The Finance and Sponsored Project Department supports grant and contract funding from the start of a search for funding through the closeout of a project. We know it takes teamwork for a successful project and are prepared to assure our researcher's time is spent focused on the science of research and not administrative details. 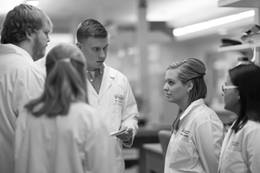 The Institutional Review Board (IRB) reviews and provides oversight of all research involving human subjects at Nationwide Children's Hospital and its affiliated institutions. The IRB has the authority to approve, require modifications in, or disapprove all research activities that fall within its jurisdiction. 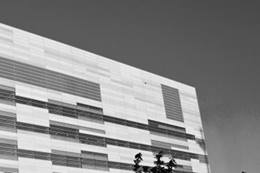 IT Research and Innovation

RISI works with domain experts, clinical experts, and research talents to create valuable solutions for the organization and our patients.

The Abigail Wexner Research Institute is dedicated to enhancing the health of children by engaging in high-quality, cutting-edge research to generate novel ideas. For more than a decade, the Office of Technology Commercialization has played an essential role in ensuring these ideas and innovations find their way into the world.

Transfer to Transform, published annually online and in print, shares the story of Technology Commercialization at Nationwide Children's — a story of bold thinkers, exciting new technologies and job-producing startups. 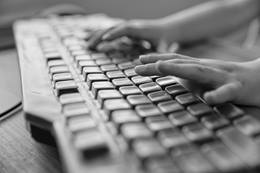 Browse the latest innovations and technologies available from the Research Institute at Nationwide Children's Hospital. 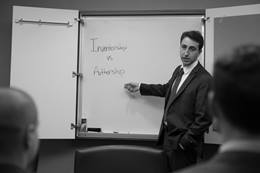 Learn more about our available technologies and commercialization success stories at our technology showcase events.

Research education and training are vital to the mission of Nationwide Children's Hospital and The Abigail Wexner Research Institute at Nationwide Children's Hospital. As a top-ten free-standing pediatric research center and an academic affiliate of The Ohio State University, The Research Institute has an outstanding faculty, dedicated to training and mentoring the next generation of scientists in pediatric research. 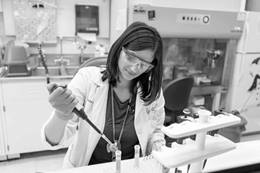 Nationwide Children's offers Postdoctoral opportunities for those individuals who recently received their degree in many of The Research Institute's research laboratories. 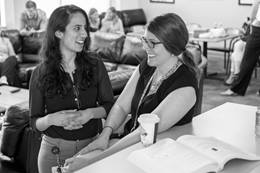 First-year graduate students are able to do short rotations though The Research Institute laboratories prior to committing to their thesis laboratories. 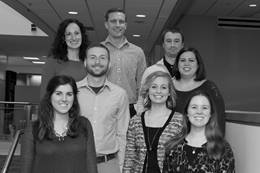 The Research Institute’s Trainee Association (RITA) was created in 2013 to help better train and prepare trainees for their “next steps.” 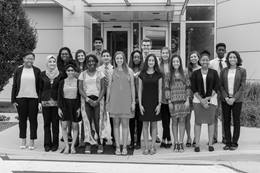 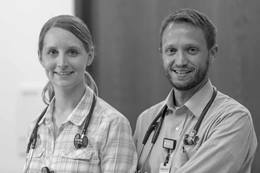 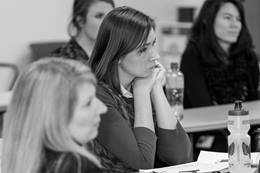 Learn more about the training events offered at the Abigail Wexner Research Institute at Nationwide Children's Hospital. This includes the Scientific Writing Program and Responsible Conduct of Research Seminars.

As an international leader in pediatric research, Nationwide Children’s is actively involved in more than 1000 clinical research projects to transform health. Our scientists at AWRI are dedicated to bringing research discoveries from the lab to the patient’s bedside. 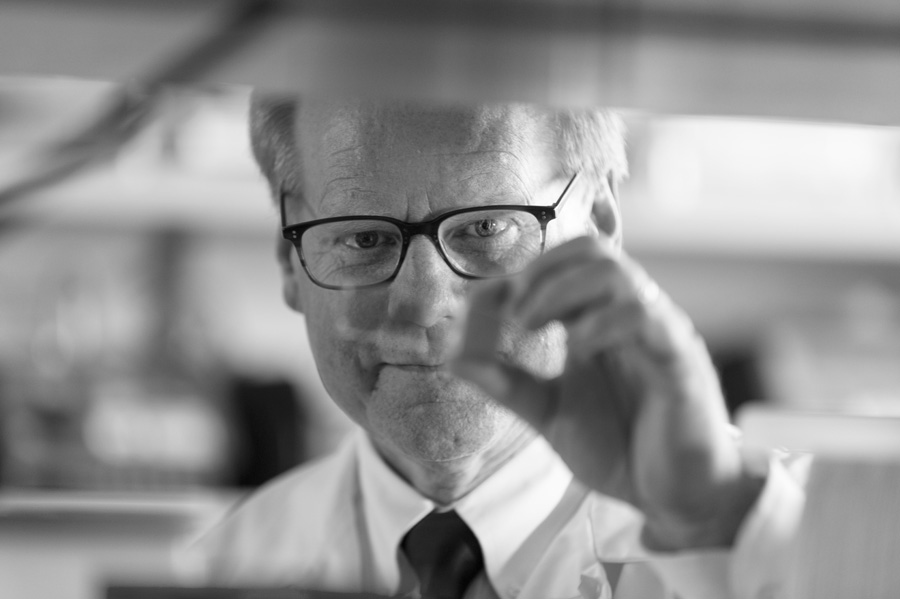 Currently, Nationwide Children’s is actively involved in more than 1000 clinical research projects, ranging from small studies that are designed to simply collect information about a disease, to those that investigate the potential new treatments or procedures that are at the forefront of clinical innovation and discovery.

700 Children's features health care information from our pediatric experts - physicians and specialists who have seen it all. You’ll learn from our researchers about how their work is leading to the discovery of lifesaving treatments and cures.