In 2015, more than 34,000 anesthetics were performed at Nationwide Children's, including patients undergoing complex cardiac, transplant, craniofacial, neonatal, neurosurgical, orthopedic and urological procedures. This clinical volume, coupled with the small number of ACGME fellows, has allowed the department to offer potential applicants an outstanding clinical experience that is tailored to meet their expectations for a rewarding and challenging fellowship year.

Nationwide Children's is the only children’s hospital in the city of Columbus and was ranked in the U.S. News and World Report’s Best Children’s Hospital 2015-2016 Honor Roll, a distinction awarded to only 12 children’s centers in the country with all ten pediatric specialties represented five years in a row. Nationwide Children's is anchored by a state-of-the-art 460-bed patient care tower on the main campus with the onsite ambulatory and main operating room surgical domains, as well as a freestanding ambulatory surgery center in Westerville. Continued clinical growth within the Anesthesiology Department has allowed fellows broader exposure to the numerous challenges of a modern day pediatric anesthesiologist. The Department of Anesthesiology remains personable and collegial with fellows making up the heart of the educational mission. Nationwide Children's strives to create an atmosphere where fellows are mentored in a stimulating and supportive environment.

Nationwide Children's participates in the pediatric anesthesiology match program and places all four positions in the match.

We also have a robust Pediatric Anesthesiology Fellowship for international scholars with 2-4 fellows per 2-year class who have come from India, Costa Rica, Japan, Saudi Arabia, and Scotland.

What You Need to Know

The pediatric anesthesiology fellowship is 12 months in duration. The bulk of the year is spent in the main operating rooms with a minimum of two months spent in the cardiac operating rooms and cardiac catheterization suites. Fellows will also have rotations devoted to regional anesthesia, acute/chronic pain, PACU and remote anesthesia (predominately in various radiology suites).

Fellows are expected to participate in a research project during their fellowship with the intent of presenting at the annual meeting of the American Society of Anesthesiology and/or the Society for Pediatric Anesthesia or another meeting of commensurate standing. Fellows will also complete a Quality Improvement project during their fellowship as per ACGME guidelines.

In 2015, more than 34,000 anesthetics were provided with over 30+ daily anesthetizing locations which include:

Learn more about case volume by location and specialty.

The Nationwide Children's Hospital Pediatric Anesthesiology Fellowship has placed all four ACGME positions in the National Resident Matching Program. We began accepting applications for the 2019-2020 fellowship year on January 1, 2018.

Inquiries and application materials should be sent to:

Learn more about application requirements and the selection process.

For more information regarding the Pediatric Anesthesiology Fellowship, please contact: 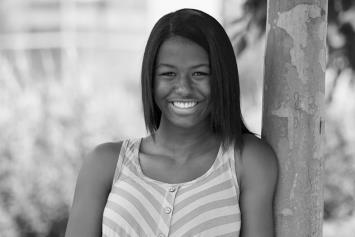 Vibrant neighborhoods. Unlimited arts and entertainment. Learn why Columbus, Ohio is a great place to live, work and play.

Our fellows are hospital employees. They are are eligible to receive the same benefits as other full-time staff.