Welcome to The Heart Center

See what drives us at The Heart Center

With 15 convenient outpatient clinics around Ohio, the expert care provided by The Heart Center is never too far away from home. 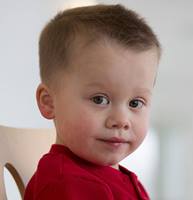 If you or your child have been diagnosed with a heart condition, schedule an appointment with our team of expert cardiologists.

About The Heart Center

At The Heart Center, our mission is to focus on providing the highest quality, most cost-effective and comprehensive care to all patients with congenital heart disease, regardless of age. Our vision is to rise to recognized and sustained status as a national and international referral center for patients with congenital cardiac disease, serving patients and constituents with the most advanced, congenital-oriented care supported by research and academic teaching programs.

One Team, One Focus

From diagnosis to long-term care, our only focus is you.

From Fetal to Adult

Our specialty programs are designed to treat patients across all stages of life.

From heart murmurs to rare congenital heart disorders, our team has you covered.

Pediatric and Adult Heart Care. When Everything Matters, you Seek World Class.

Under Co-Directors Mark Galantowicz, MD, FACS, and Catherine Krawczeski, MD, The Heart Center consolidates all cardiology and cardiothoracic surgery services into a comprehensive model for family-centered care and convenience. One, comprehensive location for care, education and research. We are prepared to treat patients from 0 to 100 years of age with experts in all areas of surgical and medical subspecialties.

See how we Helped Colby

Global Patient Services at Nationwide Children's Hospital supports the needs of patients and families arriving from out of town or out of the country.

For patients and families, we understand this is a stressful time. There are many programs that Nationwide Children's offers to help provide financial assistance.

Our multidisciplinary team model at The Heart Center enables our team to constantly monitor quality of care and patient safety pre- and post-surgery to assure the best possible outcomes.

Beginning in 2017-18, U.S. News & World Report  started using a new way of calculating rankings. Our team explains what you and your family need to know.

What to Expect While You're Here

Welcome to The Heart Center at Nationwide Children's! To help you feel more comfortable, we want you to have all the information you need about what to expect during your or your child's stay with us. 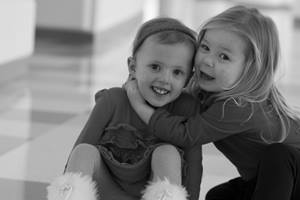 We understand that there's no place like home. Our goal is to make you and your family as comfortable as possible during your stay with us. Let us help you get familiar with the room you'll be staying in, make you aware of the amenities available to you, and give you information about the food options you'll have while you're here. We want you to be able to focus on the most important thing, your child.

Let us help you get familiar with The Heart Center's two inpatient units: H4A and H4B. In this section, you'll learn how to enter and exit the unit and when visitors are permitted. We also offer a number of amenities such as a family lounge, phone charging station, playroom and lactation room. Your unit coordinator can also help you with parking.

About Your Care Team

There are lots of people you'll meet during your stay. From physicians to fellows to social workers, and everything in between, we know that keeping it all straight can be confusing/ We have created a quick guide to explain who makes up your care team, what your title is, and what role they play in your care. 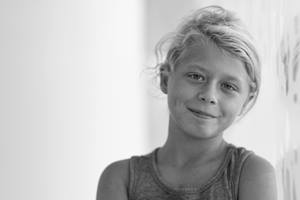 We know coming to a hospital can be stressful. When your child needs care, choosing a qualified, compassionate team is just the beginning. From parking to dining to follow-up care, everything matters. We understand. At Nationwide Children's Hospital, we're committed to providing a coordinated, convenient experience with services and resources to support your child's healing and your family's well-being. We're here to help. Access information and resources to support your family.

Because so much expertise is housed in The Heart Center, our case review process ensures the right treatment for the patient’s long-term outlook is pursued — whether it is a noninvasive, surgical, interventional or hybrid procedure. Each case requiring an invasive procedure is reviewed by the entire team. And it doesn’t end with a procedure. Case review is involved at every stage along the continuum of care. 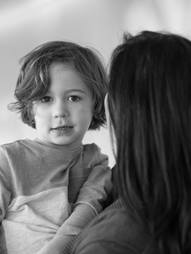 Do you feel like nobody understands after your child's diagnosis? Our Connecting Families program can match you with a peer who knows what you are going though.

Our resources for you and your family will help you understand your diagnosis and help you prepare for your visit to Nationwide Children's Hospital.

Our Patients: The Heart of What We Do

The Heart Center at Nationwide Children's realizes that emotional support is every bit as important as medical treatment. That’s why we want you to meet some of our patients and their families. Like you, they are dealing with the daily challenges of living with a heart condition.

Hear our patients' stories in their own words, or share a story of your own

Give Kids a Someday and Help Kids Everywhere

During his mother’s 20-week ultrasound Walker's mother learned her baby had hypoplastic left heart syndrome. Within a few days of his birth, Walker would need the first of three open-heart surgeries and eventually, a heart transplant.

When I was born, I was born with COA, VSD, TGV, and Pulmonary Stenosis. With CHD, you are never 100% cured. I heard it explained to me one, you are like a car that needs service and repair every so often. I will forever be grateful for my angel baby for saving my life.

At our 20 week ultrasound with Greyson, we were told he would be born with Coarctation of the Aorta, a Congenital Heart Defect. We were sent to a pediatric cardiologist for more detailed ultrasounds during the remainder of my pregnancy. I can remember being so scared, confused, and worried during these ultrasounds.

We came to Nationwide Children's in September, 2004, after 2 previous open heart surgeries at WVU Children's Hospital in Morgantown, WV. Michael had been feeling sick for a few days and it was discovered he had MRSA, which was attacking his weak parts... his joints and his heart.

The Research we do Today Affects the Treatments of Tomorrow