The team has experience with pulmonary artery smooth muscle cell (PASMC) and endothelial cell (PAEC) isolation and culture techniques, as well as an in vivo murine model utilizing subtype-selective PDE3 gene knockout in a chronic hypoxia-induced pulmonary hypertension model, in which we are studying relevant mechanistic signal transduction pathways and interactions between the NO-cGMP pathway and the cAMP-PDE3 pathway — pathways that are current targets for therapy in patients with PH. AMP-activated protein kinase (AMPK), a critical regulator of energy homeostasis and downstream regulators of mitochondrial biogenesis, has been implicated to be altered in varying models of PH and it has been reported that the regulation of AMPK by cAMP and PDE3 occurs in different cell types. The lab also focuses on elucidating the distinct roles between PDE3A and PDE3B in pulmonary vascular cells, and their effects on inflammation and mitochondrial dysregulation in the pulmonary vasculature.

Long-term, the team’s objective is to delineate the function and mechanistic pathways regulated by each of the PDE3 subtypes, PDE3A and PDE3B that are implicated in PH pathobiology for the development of potential therapeutic targets. PDE3 hydrolyzes cAMP and cGMP, which are critical second messengers that regulate signal transduction pathways resulting in vasodilation. The team hypothesizes that it is through these discrete pathways that alterations in PDE3 play a role in pulmonary hypertension.

Persistent pulmonary hypertension of the newborn (PPHN) is a disease in which failure of the normal circulatory transition at birth results in high pulmonary vascular resistance, low pulmonary blood flow and abnormal gas exchange. Inhaled nitric oxide (iNO) is the only FDA-approved pharmacologic pulmonary vasodilator to treat patients with PPHN. However, ~50% of infants with PPHN have a suboptimal response to iNO. The mechanisms for poor iNO response in these patients have yet to be elucidated. In vitro and in vivo studies demonstrate that exposure of iNO to the vasculature promotes PDE3 expression and/or activity suggesting the possibility that PDE3 activity may be the reason for the poor response.

The Chen Lab aims to define the role of each PDE3 subtype in murine models of PH utilizing PDE3A knockout and PDE3B knockout mice, as well as interrogate the interactions between two critical pathways involved in the pathobiology of PH — the NO-cGMP and cAMP-PDE3 pathways — upon which both primary therapeutic modalities for PH are based. 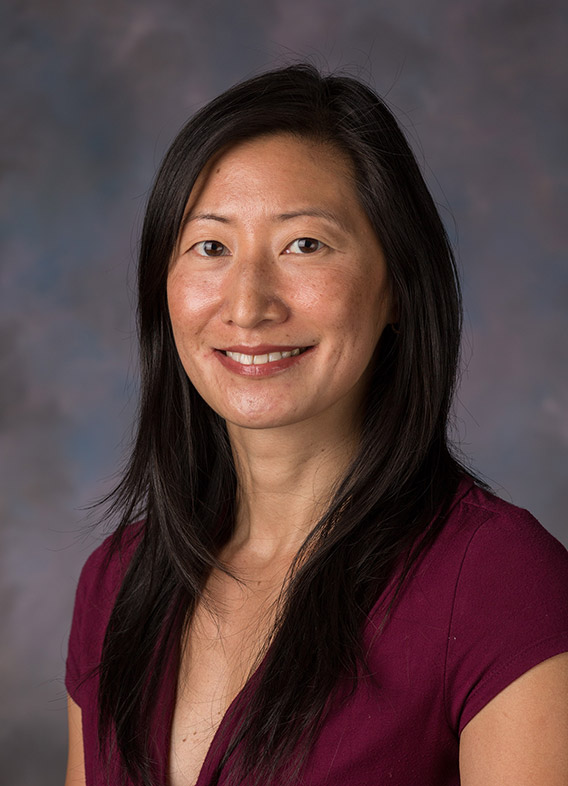 Bernadette Chen, MD, is a member of the Section of Neonatology at Nationwide Children's Hospital and an assistant professor of Pediatrics at The Ohio State University College of Medicine. Dr. Chen's interests are in the Adenylate Cyclase-cAMP-Phosphodiesterase 3 pathway and its role in persistent pulmonary hypertension of the newborn (PPHN).

Both cyclic AMP and cyclic GMP are second messengers in the pulmonary vasculature. There has been a primary focus on cGMP in the pulmonary vasculature, however, cAMP may also be a key factor in promoting pulmonary vasodilation. Adenylate cyclase is responsible for the production of cAMP, while PDE3 degrades both cAMP and cGMP. Although PDE3 has high affinities for both cyclic nucleotides, the rate at which PDE3 hydrolyzes cAMP is much greater. It is known that the vascular effects of cGMP are not only mediated through the activation of protein kinase G, but also through inhibition of PDE3. Therefore, understanding the regulation of this complex pathway may allow for a better understanding of the pulmonary vascular response to different modalities, such as oxygen and nitric oxide, as well as the development of new strategies in the treatment of PPHN.

Gabrielle recently graduated from Otterbein University with a bachelor's degree in Biochemistry and Molecular Biology. Her laboratory responsibilities include, conducting research studies at the direction of my principal investigator such as cell culture and isolation and studying PDE3A and PDE3B knockout mice, as well as training and assisting incoming laboratory staff and clinical fellows. The research we are conducting primarily focuses on the pathways involved in vascular remodeling and smooth muscle cell proliferation so we can better understand the pathobiology involved in pulmonary hypertension of the newborn.