Research shows media coverage of a celebrity suicide has the potential to increase the risk for contagion. Research suggests when suicide reporting guidelines are followed and resources for suicide prevention and stories of recovery are shared, risk for suicide decreases. A study published in JAMA Network Open by researchers at Nationwide Children’s Hospital found some media coverage of recent celebrity deaths did not adhere to several suicide reporting guidelines.

Young People are Poisoning Themselves at Alarming Rates With Over-The-Counter Drugs (October 2019, Vox)

In May, Pediatrics published some alarming data: In the past decade, there has been a dramatic rise in the number of teens attempting to kill themselves with poison. The trend has been largely driven by increases in poisoning attempts by young women and girls.

A Pediatrics study examined racial and ethnic subgroups of U.S. high school adolescents from 1991 to 2017. The study found that over time, Black youth have experienced an increase in suicide attempts, while suicide attempts in all other racial and ethnic groups have decreased. For Black males especially, a significant increase in injury by suicide attempt occurred. “Examining trends of suicidal thoughts and behaviors over time by sex, race and ethnicity allow us to determine where to focus our prevention and intervention efforts,” said Arielle Sheftall, PhD, the study’s co-author and principal investigator with the Center for Suicide Prevention and Research in the Abigail Wexner Research Institute at Nationwide Children’s Hospital.

More Teens Are Attempting Suicide by Poisoning. Here’s What Parents Should Know. (May 2019, TIME)

A study from the researchers at Nationwide Children’s Hospital and the Central Ohio Poison Center found rates of suicide attempts by self-poisoning among adolescents have more than doubled in the last decade in the U.S., and more than tripled for girls and young women. Study co-author John Ackerman, PhD, says the findings have both practical and emotional implications for parents.

Suicide Attempts by Self-Poisoning Have More Than Doubled in Teens, Young Adults (May 2019, Pediatrics Nationwide)

A new study from Nationwide Children’s Hospital and the Central Ohio Poison Center found rates of suicide attempts by self-poisoning among adolescents have more than doubled in the last decade in the U.S., and more than tripled for girls and young women.

A Narrowing Gender Gap in Youth Suicides (May 2019, Pediatrics Nationwide)

New research from Nationwide Children’s Hospital finds a disproportionate increase in youth suicide rates for females relative to males, particularly in youth aged 10-14 years. The report, which describes youth suicide trends in the United States from 1975 to 2016, appeared in JAMA Open Network.

Youth suicide in the U.S. spiked nationwide after the 2017 release of “13 Reasons Why,” a Netflix series about a girl who takes her own life. We talk about how some school districts have turned to students themselves to take the lead in spotting the warning signs and guide their peers to help.

A study led by the behavioral health experts at Nationwide Children’s Hospital with collaborators, finds suicide rates spiked in the month after the release of the “13 Reasons Why” series among boys aged 10 to 17. That month, April 2017, had the highest overall suicide rate for this age group in the past five years, the study found.

Dr. John Ackerman, suicide prevention coordinator at Nationwide Children's Hospital, speaks with The Dispatch about increasing mental health concerns and suicide rates among young people, how it's being addressed, what more can be done, and how to help.

According to a U.S. Department of Justice survey, from 2000 to 2014, suicide rates were two to three times higher for youth in custody than those in the general population .In a new study published in the Journal of the American Academy of Child & Adolescent Psychiatry (JAACAP), researchers from Nationwide Children's Hospital looked at circumstances preceding suicide to understand why this disparity in suicide rate exists.

John Ackerman, PhD, suicide prevention coordinator for CSPR, partnered with the E.W. Scripps School of Journalism at Ohio University and the Ohio Department of Mental Health and Addiction Services at Kent State's School of Journalism and Mass Communication, to present best practices for reporting on suicides.

John Ackerman, PhD, suicide prevention coordinator for CSPR, partnered with OhioHealth to host the 2017 Suicide in Schools Conference to tackle this tough subject, the second leading cause of death in young people.

Jeff Bridge, PhD, director of the Center for Suicide Prevention and Research, is senior author of a new Pediatrics study that found attention deficit disorder (ADD) is the most common mental health diagnosis among children under 12 who die by suicide.

Arielle Sheftall, PhD, postdoctoral researcher in the Center for Suicide Prevention and Research, provided her expertise in a recent NPR article on rising suicide rates in the United States, especially among adolescent girls. She and her colleagues study the risk factors that may lead a depressed child or teen to attempt suicide.

Nationwide Children's Hospital has partnered with Central Ohio schools to introduce students to the "Signs of Suicide.” The goal is to teach which the signs to look for and those that cannot be overlooked.

Out of the belief that this community can and must do better by young people who are struggling and at risk of taking their own lives, Nationwide Children’s Hospital has created a center to better understand and stop suicide.

A new center focusing on suicide prevention among youth has been established by Behavioral Health and The Research Institute at Nationwide Children’s Hospital. 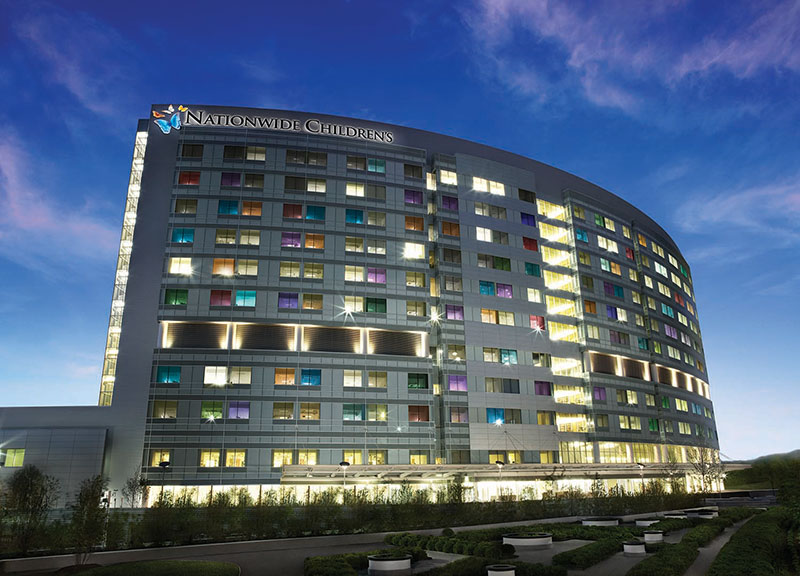 Suicide Attempts by Self-Poisoning Have More Than Doubled in Teens, Young Adults