The long-term goals of the Stottmann Lab are to understand the genes and molecular mechanisms guiding normal development of both the brain and face. Dr. Stottmann and his team seek to understand the genetic basis of human birth defects involving these tissues. They use a combination of human genetics and animal models to identify genes required for normal development and then study the molecular consequences of disrupting their function in the developing embryo.

Rolf Stottmann, PhD, is an associate professor in the Steve and Cindy Rasmussen Institute for Genomic Medicine at Nationwide Children’s Hospital and The Ohio State University College of Medicine. Dr. Stottmann has an enduring interest in the genetics of structural birth defects. He is especially focused on structural brain malformations and disrupted craniofacial skeletal development: congenital malformations of craniofacial development. He originally trained using mouse genetics to study these issues but has recently added human sequencing projects to his lab portfolio. The lab now uses a combination of human and mouse genetics to identify and study rare genetic variants which cause these congenital malformations. Genome editing tools allow the group to directly model patient variants to assess pathogenicity, study animal models in depth and potentially design therapeutic intervention strategies.

Dr. Stottmann received his bachelor’s degrees in Physiology and Neurobiology and his master’s degree in Developmental Neurobiology from the University of Maryland. Dr. Stottmann pursued dissertation work in the Department of Cell Biology at the Duke University School of Medicine followed by postdoctoral training at the Brigham & Women’s Hospital Division of Genetics and Harvard Medical School. In 2011, Dr. Stottmann set up his first laboratory research program at Cincinnati Children’s Hospital in the Division of Human Genetics with a joint appointment in the Division of Developmental Biology. 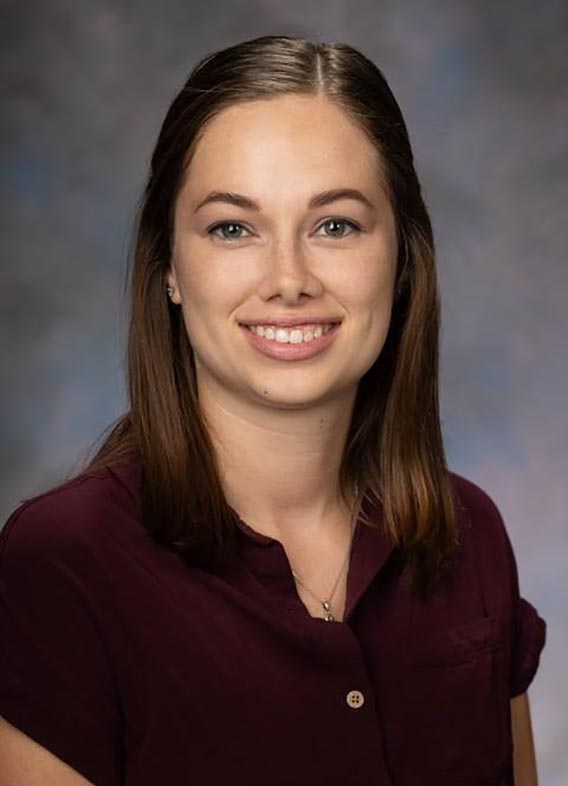 Katherine Inskeep is a graduate student in the Cincinnati Children’s Hospital/ University of Cincinnati Molecular and Developmental Biology doctorate program completing her dissertation at Nationwide Children’s Hospital in Dr. Stottmann’s lab. Katherine studies a gene that causes microcephaly and cerebellar hypoplasia in human pediatric patients, using mice and human induced pluripotent stem cells to reveal why this gene is influential for brain development.

Katherine attended the University of Notre Dame for her undergraduate degree in Biochemistry. During that time, she volunteered at a children’s respite care facility which inspired her to attend graduate school to study rare pediatric brain disorders. Outside the lab, Katherine enjoys reading, LGBTQ+ advocacy, gardening and rock climbing. 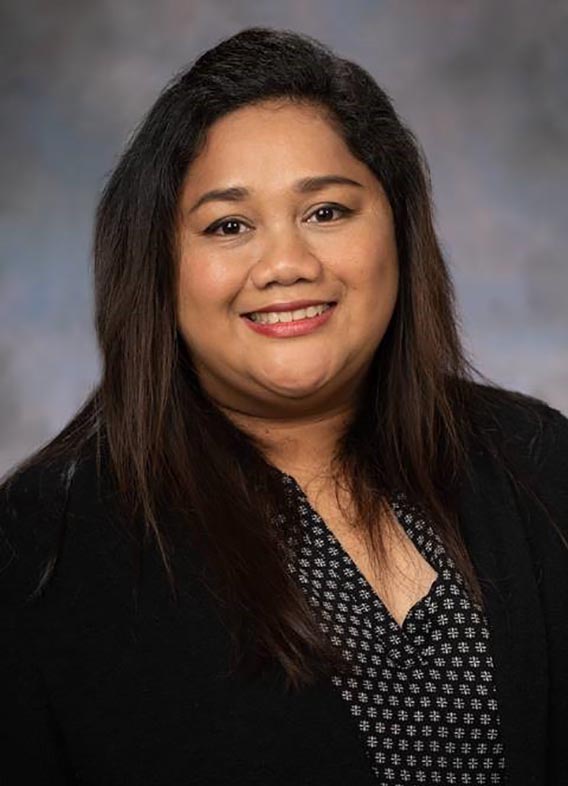 Beulah Solivio is a postdoctoral scientist in the Stottmann Lab. She is originally from the Philippines where she received her bachelor’s degree in Chemistry. She completed her doctorate degree in Chemistry at the University of Cincinnati where she worked on protein engineering and method development for bioanalytical analyses.

Beulah’s began working with Dr. Stottmann at Cincinnati Children’s Hospital Medical Center in 2019 as a research fellow. Beulah studies patient craniofacial diseases with a genetic basis and modeling these in mice and the role of TNRC6A in primary microcephaly and CTBP1-ALPL in skeletal malformations. 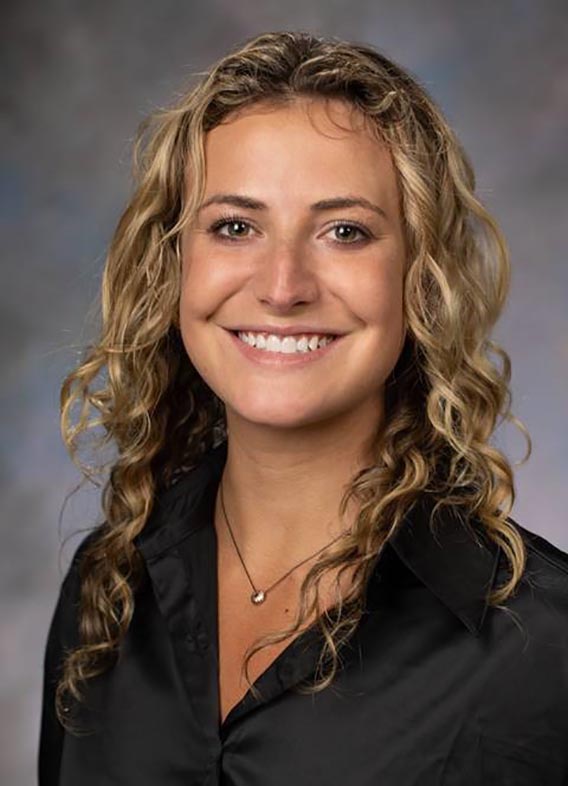 Nicole Costantino joined the Stottmann Lab as a research assistant in August 2021. Nicole recently graduated from The Ohio State University with a bachelor’s degree in biology and a minor in business. During college, Nicole enjoyed studying genetics and microbiology, and she is looking to further her education. 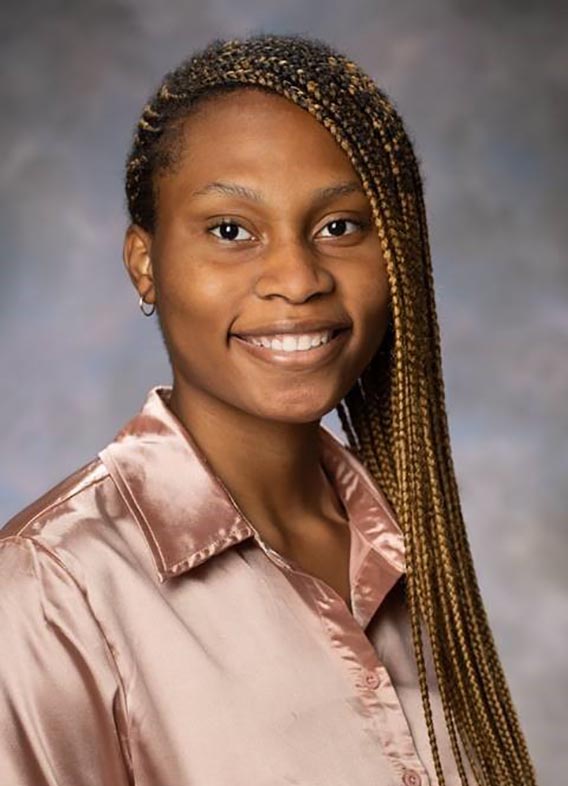 JES-Rite Michaels joined the Stottmann Lab as a research assistant in August 2021. She recently graduated from Howard University with a bachelor’s degree in Biological Sciences with minors in Chemistry and Health Education. JES-Rite has always been interested in disease etiology and pediatrics. She is excited to explore her interests researching the genetics and molecular mechanisms behind structural birth defects of the brain and face. 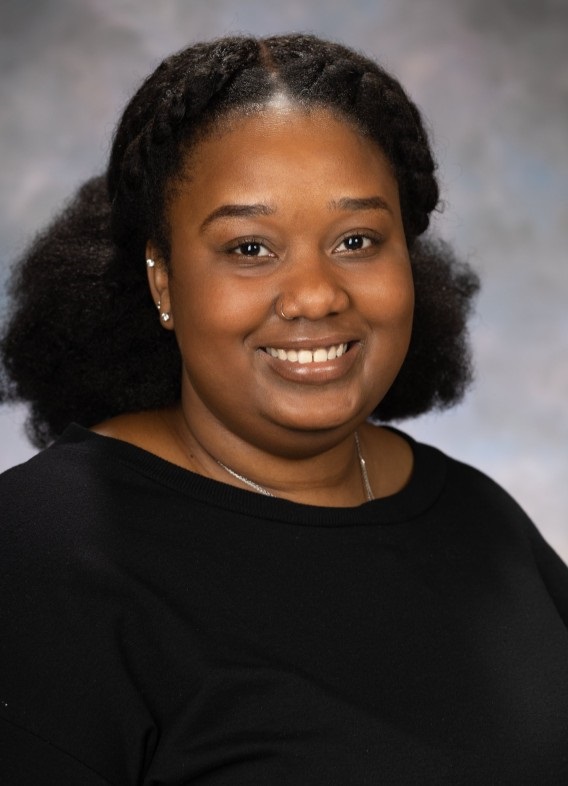 Jennifer Watts, PhD, is a postdoctoral scientist in the the Stottmann Lab. Her current research focuses on the genetic and molecular origins of craniofacial abnormalities.

Dr. Watts received her bachelor’s degree in Biology from the University of Texas at San Antonio in 2016, completing her undergraduate thesis in cancer biology, and her doctorate degree in Molecular, Cellular and Integrative Physiology from Michigan State University in 2021. Her dissertation focused on the effects of Zika virus infection on embryo development utilizing mouse and stem cell models. Dr. Watts completed additional developmental biology training at Cold Spring Harbor Laboratories and the Reproductive and Developmental Sciences Training Program at Michigan State University with three years of funding through the National Institutes of Health (NIH). 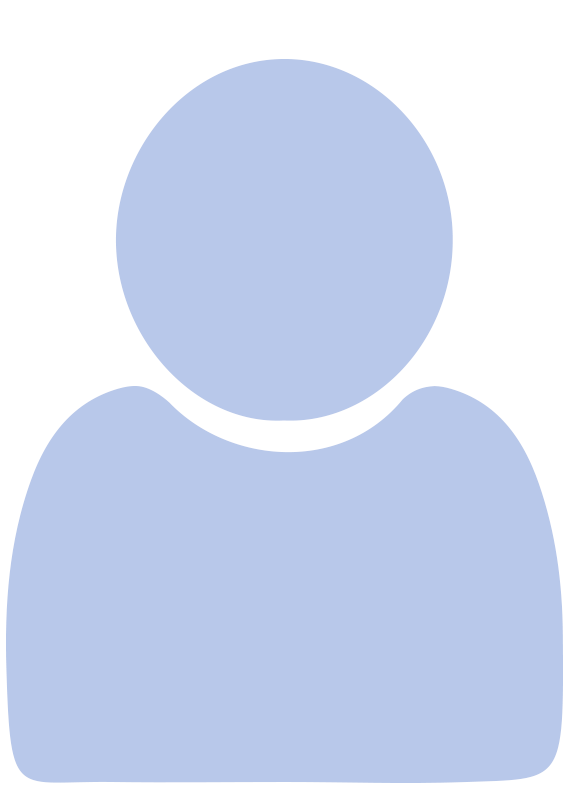 Rebekah Rushforth is a student in the Biomedical Sciences Graduate Program at The Ohio State University completing her graduate work in the Stottmann Lab.

Bekah graduated from Brigham Young University with a bachelor's degree in Genetics, Genomics, and Biotechnology. She became interested in pursuing rare pediatric neurological disorders while working as a lab tech at the University of Utah. Her research focus is on the genetic mechanisms of craniofacial disorders and basal ganglia development. Outside of the lab, Bekah enjoys dancing, reading and baking.

Rebekah Osburn graduated from Grace College with a bachelor’s degree in Health Science, minoring in Chemistry. Prior to working at Nationwide Children’s, Rebekah worked for Charles River Laboratories in Mattawan, Michigan, researching pharmaceuticals. She joined the Stottmann Lab in 2021 to study craniofacial genetics. Outside of work, she enjoys hiking, baking and trying new coffee shops.

The Stottman Lab is currently collaborating with clinical partners to directly study patients with congenital malformations of the brain and face and actively enrolling in research protocols in each of these areas. The team is using whole genome sequencing to identify potentially causal genetic variants in these patients. The lab then employs CRISPR/Cas9 genome editing technology, molecular embryology, animal models, and induced pluripotent stem cells (IPSCs) to understand how these variants lead to malformations.

As part of this work, the Stottman Lab is pursuing a number of collaborations across the hospital and with institutions around the world. The complementary tools of genome sequencing, CRISPR genome editing, animal models and stem cell technologies offer almost limitless chances for discovery.

The Role of Primary Cilia in Neural and Craniofacial Development

Primary cilia are organelles with a now established role in transducing many canonical developmental signaling pathways. Deficits in ciliary form and/or function lead many human conditions and are collectively called “ciliopathies.” Following the genetics behind a number of our phenotypes has led the Stottman Lab team into the study of several genes required for normal cilia form and/or function.

The alien mutation was previously identified in a mutagenesis screen (Herron et al., Nat Genetics 2002). Positional cloning revealed this to be a null mutation in the gene Ttc21b, which is required for protein transport within the primary cilium (Tran et al., Nat Genetics 2008). The alien mutant also has a severe brain patterning defect (Stottmann et al., Dev Biol, 2009). The role of Ttc21b in the developing forebrain and craniofacial tissues, and the role of cilia in development more broadly, is a major focus within the laboratory. One direction of this project is a tissue specific ablation of Ttc21b and other primary cilia genes in the in the developing forebrain and craniofacial tissues.

Evidence from human genetics studies suggest Ttc21b is a node in a larger ciliary signaling network. The Stottman Lab team is studying how these genes interact through studies in the mouse and in vitro. The team is also using a forward genetic approach to identify novel loci interacting with Ttc21b in mammalian development and disease and has used a Quantitative Trait Locus analysis to identify a gene it now believes at least partially explains the effects of genetic background on the alien forebrain mutation.

Tubulin proteins are the building blocks of microtubules, a key element of the cellular cytoskeleton. Research has shown in mice and humans that variants in tubulins lead to drastic malformations of cortical development. The tubulin genes together make up a family of genes with high-sequence similarity and, often, adjacent positions in the genome. The Stottman Lab uses genome editing techniques to make a series of alleles to test the requirements for these genes as this has never been tested. Its team is  also generating new models of human disease variants and constructing a new tool to address expression and regulation of tubulin genes.

The rudolph  mutation was recovered in another ENU mutagenesis screen in the Beier Lab (Stottmann et al., Genetics, 2011). Positional cloning identified an intronic mutation creating a hypomorphic allele of the gene hydroxysteroid (17-beta) dehydrogenase 7 (Hsd17b7; Stottmann et al., PLoS Genetics, 2011). Further studies of the rudolph mutation demonstrated for the first time in a genetic, in vivo, animal model a requirement for sterol metabolism in proper Sonic Hedgehog  intracellular signal transduction. The rudolph  mutants have a striking defect in tissue organization throughout the CNS which is not due to dysregulation of the Shh  pathway. Current efforts in the lab are aimed at understanding the molecular mechanisms underlying this defect. This will contribute to a greater understanding of the role of cholesterol metabolism in cortical development.

The lab primarily uses this forward genetic approach to identify genes not previously known to be required in development. They use the chemical mutagen ENU to create random mutations in the genome and breed potential mutations to homozygosity to create recessive developmental phenotypes. A combination of cutting-edge genomics and positional cloning is used to identify the mutated gene leading to the phenotypes. This turns out to be a relatively efficient tool for gene discovery in development (see Stottmann et al., 2011; Stottmann and Beier 2010). The Stottman Lab continues to use ENU mutagenesis to create novel mutations and will increasingly employ transgenic lines to more specifically query various aspects of neuronal specification and migration. Work on this project is funded by the Cincinnati Children's Research Foundation and the National Institute of Neurological Disorders and Stroke (NINDS), part of the National Institutes of Health (NIH).

The Stottmann Lab is committed to mentoring the next generation of scientists and welcomes motivated undergraduate, graduate and postdoctoral researchers seeking research training opportunities. If you're interested in our work, please complete the contact form below to connect with us.