Ankle sprains are the most common sports-relates injuries in the United States, accounting for an estimated 12 million injuries per year. These injuries can result in significant time away from games and practices. If there was only an easy way of decreasing the number and severity of these injuries, that would be great. For this very reason, the practice of taping ankles before there was an injury was introduced more than 60 years ago.

How, then, do taped or braced ankles decrease the incidence and severity of sprains in athletes? One explanation for how it works comes from a study which found that taped athletes had improved proprioception, which is the body’s ability to know where the ankle and foot are, how fast they are moving and if they are starting to roll over or not. When they were compared, the athletes with taped ankles had better proprioception both before and after exercise compared with untapped athletes. The theory is that the traction and/or pressure on the skin of the foot and ankle because of the tape or bracing provided improved sensory input and improved proprioception, resulting in fewer ankle sprains.

Another common concern often expressed by the public is that prolonged tapping or bracing of the ankle results in weak ankles that then tend to get injured easier; this would obviously be a strong case against the use of ankle taping or bracing. However, another scientific study looked at the effects of consistent ankle brace use on the peroneus longus muscle, which is an important stabilizer of the ankle, particularly against inversion, the most common type of ankle injury. This study showed that the peroneus longus muscle’s ability to fire and do its job was not changed by the long term wearing of an ankle brace.

Many studies have been completed comparing taping versus bracing of the ankle to try to determine which on is better. Some of the studies have had trouble controlling all the different variables that can cause ankle injuries. Most have shown that braces are slightly more effective than taping but that both are better than no support at all. One study found that simply wearing high-top sneakers instead of low-tops prevented some ankle injuries and that high-tops plus taping had more than 50% fewer injuries than low-tops plus taping.

Shoes can get expensive, but whether it’s on the field or on the court, they are an important piece of athletic equipment just like your helmet, mouth guard or shin guards.  Having a good pair that is designed for your particular sport can help prevent many injuries.

Consult your primary care physician for more serious injuries that do not respond to basic first aid. As an added resource, the staff at Nationwide Children’s Hospital Sports Medicine is available to diagnose and treat sports-related injuries for youth or adolescent athletes. Services are now available in five locations. To make an appointment, call (614) 355-6000 or request an appointment online.

Are you a physician? Make a referral. 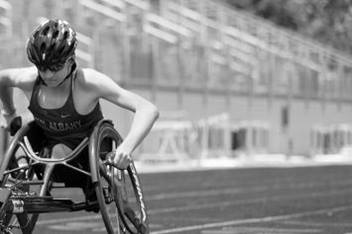 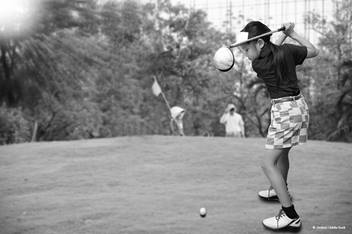 What is Golf Medicine?

Inflammation and Swelling: What You Need to Know