Chickenpox is a highly contagious disease caused by a virus. The usual symptoms are: an itchy skin rash that looks like little blisters filled with fluid, less energy than usual, poor appetite and mild fever. Chickenpox is spread through the air when a child is in close contact with someone who has chickenpox. Touching the rash or objects that the infected child has handled also spreads chickenpox. Once a person has had chickenpox, it is very rare to get it again.

Children who have been immunized against chickenpox may rarely develop a very mild form of the disease. If this happens the rash is much less severe and it lasts for fewer days.

How to Keep from Spreading Chickenpox

The child with chickenpox is contagious (can give chickenpox to others who have never had it) from 48 hours before the rash appears until all the blisters have dried and crusted over. This is usually about 7 days. During this time, keep your child home and away from others who have not had chickenpox. Also keep him away from anyone whose immune system is not normal. A child with active chickenpox should not be in public places like malls, parks or churches.

How to Care for your Child 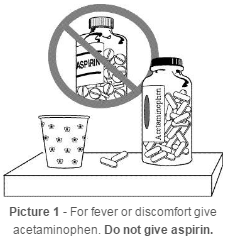 The rash can be very itchy. Most children get irritable and cry a lot. Here are some things you can do to help:

If your child has chickenpox, and his brothers and sisters do not, your doctor may prescribe treatment for your other children when they develop chickenpox.

If you have any questions, be sure to ask your doctor or nurse, or call your child’s doctor. If you need a doctor for your child, call the Children's Hospital Referral and Information Line at (614) 722-KIDS. 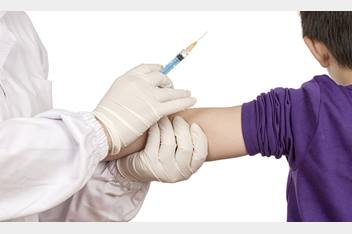 Why I Vaccinate: A Nurse's Perspective