Inside Our Level 4 Epilepsy Center

Childhood-onset epilepsy affects 1 percent of children worldwide. About 25 to 30 percent of these will have medically intractable epilepsy, continuing to have seizures despite using two or more antiseizure medications.

Options for this group of patients included intracranial epilepsy surgery, vagus nerve stimulator (VNS) insertion, ketogenic diet and drug trials. It is increasingly recognized that epilepsy surgery may dramatically improve the quality of life for these children and is the only potentially curative option.

At Nationwide Children’s, we are leaders in the growing field of epilepsy surgery. Through our patient-centered focus, our epileptologists work with families to explain available options, how the processes for the options work and the associated risks and benefits of epilepsy surgery. The epilepsy care team is devoted to providing the best option for seizure management for each patient and works closely with the primary care provider to coordinate care for patients. 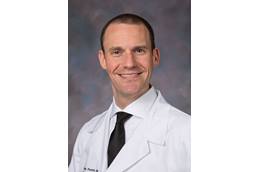 Jonathan A. Pindrik, MD, is a pediatric neurosurgeon at Nationwide Children's and surgical director of the Epilepsy Surgery Program. 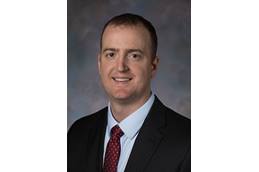 Adam Ostendorf, MD, is an attending pediatric neurologist at Nationwide Children's Hospital and assistant professor of Clinical Pediatrics and Neurology at The Ohio State University College of Medicine.

What are the Surgical Options?

Two stage surgery is performed when phase 1 monitoring contains discordant data or inadequately localizes the epileptigenic zone. After phase 1 monitoring, the patient undergoes stage 1 surgery, during which a subdural convexity grid is placed over the cortical surface. The electrodes are secured in place as the dura is closed. Then, in phase two monitoring, continuous long term intracranial EEG is monitored for approximately one week to identify abnormal electrical signals before and during seizures. This approach allows identification of the epileptigenic zone, potential adjacent areas of abnormal electrical activity and nearby eloquent functional areas of the brain. Eloquent areas of cortex are localized by cortical stimulation mapping. Additional discussion at the epilepsy surgery conference near the end of phase 2 monitoring solidifies the surgical plan. Stage 2 surgery typically involves a grid-based resection of the epileptigenic zone with careful preservation of the eloquent functional areas. Following surgery, patients are monitored closely in the pediatric intensive care unit before transfer to the neurosurgery floor for further recovery.

Deciding if Surgery is the Right Choice

For patients whose epilepsy is not well controlled with medication, the neurologist may suggest phase 1 monitoring. This phase is an extensive presurgical workup that helps the neurologist localize the seizures and determine the patient’s candidacy for epilepsy surgery. It involves multiple-day inpatient admission, prolonged video electroencephalogram (EEG) and intended observation of at least three typical seizures.

Diagnostic studies for surgery evaluation include some or all of the following:

Hailey had her first seizure when she was just 18 months old. By the time she was a toddler, she was having 30 to 40 seizures a day.

In January of 2014, Mason, was recovering from the stomach flu. It wasn’t until our efforts to treat dehydration symptoms were unsuccessful that we became concerned.

Garrett is a 14-year-old boy who wants to live a normal life. When he was three years old, he received the diagnosis of drug resistant epilepsy. Despite medication, this condition caused Garrett to have seizures daily, mostly at night, which put him at a higher risk for sudden unexpected death in epilepsy (SUDEP).

We started noticing Malia's seizures at 18-months-old. She finally was able to see a Neurologist at age 3. Her seizures are in her sleep.

Maggie has Lennox Gastaut Syndrome, a severe form of epilepsy. She didn’t get that diagnosis until she was 10 years old. Before that diagnosis, Maggie was diagnosed with generalized epilepsy. Maggie had her first Grand Mal seizure at 14 months of age.

While seizures for many patients can be controlled effectively with medication, about 25 to 30 percent of children continue to have difficult-to-control epilepsy. Some of these patients may benefit from surgical intervention. Curative surgery for seizures includes operating on the portion of the brain responsible for seizure onset. Other special surgical procedures, such as a hemispherectomy, corpus callosotomy or implantation of vagus nerve stimulators, are used to improve seizure control.

As a level-four Epilepsy Center, we are able to assess children with medically refractory seizures where the cause of the seizure is identified by MRI abnormality, as well as cases where the MRI is normal. We also conduct functional cortical mapping by stimulation of subdural electrodes either extra-operatively or intraoperatively.

Behind the Scenes on the Epilepsy Unit

Learn More about our Epilepsy Center

As a Level 4 Epilepsy Center, we are a referral center for epilepsy patients from across our region and beyond. In addition to standard clinical services, we provide complex neurodiagnostic monitoring, as well as extensive medical, neuropsychological and psychosocial treatment.

We know coming to a hospital can be stressful. We're here to help. Access information and resources to support your family.

When the seizures started at 3 years old, Gaige had a couple per week. As he grew, they became more frequent and difficult to manage. At one point, Gaige was having nine to 10 seizures a week, sometimes more than one in the same night. 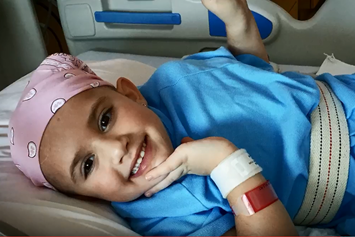 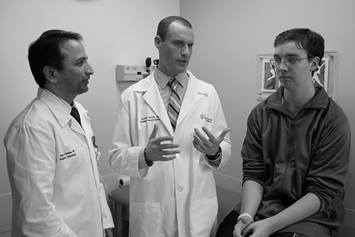 Surgery proves to be a viable option for patients with medically intractable epilepsy. 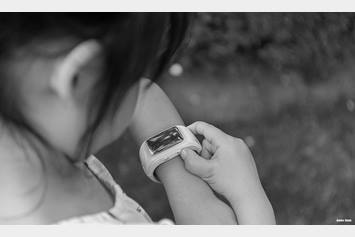 Can I Detect Seizures in My Child When I’m Not There?

Until recently, there were not many products that could be used to watch for seizures. Many parents end up using baby monitors with or without video support. However, that is not fool-proof and shown not to work in many cases.