March 2022 - Nationwide Children’s Hospital has once again earned the “LGBTQ+ Health Care Equality Leader” designation from the Human Rights Campaign Foundation (HRC) for its successful commitment to being both an inclusive health care provider and employer. In this 15th anniversary edition of HRC’s Health Equity Index, Nationwide Children’s achieved a perfect score in every evaluation category, including for its policies and practices regarding the equitable treatment and inclusion of LGBTQ+ patients, visitors and employees.

October 2020 - Hearst Health and the Jefferson College of Population Health announced Nationwide Children’s Hospital as the winner of the 2020 Hearst Health Prize for Excellence in Population Health. Nationwide Children’s was awarded this prize for its Healthy Neighborhoods Healthy Families (HNHF) initiative and its mission to improve outcomes for children and families by creating healthy, opportunity-rich communities.

November 2019 - Nationwide Children’s Hospital earned a spot as a BlackDoctor.org 2019-20 Top Hospital For Diversity. Each hospital on this distinguished list delivers quality care at the highest level, while promoting equity and inclusion in their operations, programs services and staffing.

September 2019 - For outstanding support of Ohio’s Latino and Hispanic community, Nationwide Children’s Hospital was awarded the 2019 Nuestra Familia Award by the Ohio Commission on Hispanic/Latino Affairs.

September 2019  - The College of Healthcare Information Management Executives (CHIME) announced Nationwide Children’s Hospital has earned 2019 CHIME HealthCare’s Most Wired recognition as a certified level 7. The Most Wired program conducts an annual survey to assess how effectively healthcare organizations apply core and advanced technologies into their clinical and business programs to improve health and care in their communities.

Re-designated as a Magnet™ organization

June 2019 - Nationwide Children’s is proud to be one of 2 percent of hospitals re-designated as a Magnet™ organization. Learn more about this important recognition.

Congratulations to our Best Doctors 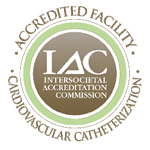 November 2017 - The Heart Center at Nationwide Children’s is the first pediatric catheterization laboratory in the United States to be accredited by the Intersocietal Accreditation Commission (IAC) as a Cardiovascular Catheterization Accreditation Program.

October 2017 - The Columbus Landmarks Foundation presented its annual James B. Recchie Design Award to Nationwide Children’s Hospital. The award “celebrates projects that add to the distinctive character and improved quality of life of Columbus.” The award focused on the Nationwide Children’s expansion that was completed in 2012.

Nancy Recchie, a historic preservation consultant and sister of the award’s namesake, recognized that in her comments to The Columbus Dispatch about Nationwide Children’s:

“Its laser focus on the child and family is evident everywhere, from the creative wayfinding system, to public areas that are bright and uplifting, to the patient rooms,” she said. “The thoughtfully designed outdoor spaces and park along Livingston Avenue are for use by both patient families and the neighborhood.”

June 2017 - Nationwide Children’s partnered with Nationwide to create the Make Safe Happen app, which won its category at the 2017 MediaPost Appy awards. This makes it one of the top mobile applications in the nation. The app provides tips and tools to assure a home is safe for children.

NCQA is a private, non-profit organization dedicated to improving health care quality. NCQA accredits and certifies a wide range of health care organizations. It also recognizes clinicians and practices in key areas of performance.  NCQA is committed to providing health care quality information for consumers, purchasers, health care providers and researchers. NCQA has reviewed and certified Partners For Kids’ Credentialing functions only.  For complete details on the scope of this review, visit www.ncqa.org

June 2016 - The Inpatient Rehabilitation Program recently received a CARF Three-Year Accreditation - our ninth consecutive accreditation. This demonstrates our commitment to providing programs and services of the highest quality to our patients and families.

April 2016 - Results from the American College of Surgeons (ACS) confirmed Nationwide Children’s Hospital Trauma Program has successfully completed reverification as a level 1 pediatric trauma center, now celebrating their 25th year with such distinction. The amount of work that goes into a visit like this is commendable and includes more than 10 months of gathering documentation to prepare for this visit, intense review of patient care, research, quality and education, and spans across more than 100 standards set forth by ACS. Congratulations to the trauma program and more than 500 Nationwide Children's trauma team members. 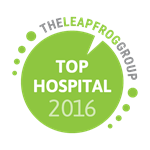 January 2016 - The Leapfrog Group announced Nationwide Children’s has been named a Top Hospital. Widely acknowledged as one of the most prestigious distinctions a hospital can receive in the U.S., the recognition showcases Nationwide Children’s commitment to patient safety and quality. Nationwide Children’s received a Top Children’s Hospital distinction as one of only nine children’s hospitals, and was one of 115 Top Hospitals recognized across the country. The selection of Top Hospitals is based on the results of the 2016 Leapfrog Hospital Survey. Performance across many areas of hospital care is considered in establishing the qualifications for the award, including infection rates, maternity care, and a hospital’s ability to prevent medication errors.