Prior to advancements at Nationwide Children’s Hospital, there were no successful interventional radiological (minimally invasive) therapies for ranulas or sialorrhea (excessive drooling). Ranula is a condition when saliva cannot get into the mouth and builds up into large bubbles (cysts) either in the floor of the mouth or in the neck.

The need for salivary gland ablation treatment was recognized, so our interventional radiologists developed a new procedure. Patients with both simple ranulas and plunging (dividing) ranulas have been successfully treated without surgery for 10 years at Nationwide Children's Hospital. We have treated kids and adults in ages ranging from 5 to 54 years.

What is a Salivary Gland?

Salivary glands are normal structures that produce fluid (saliva) in the mouth.

Are There Different Types of Salivary Glands?

There are two main types of salivary glands:

The majority of saliva is produced from 3 pairs of major salivary glands (3 on the right and 3 on the left), the pairs known as the submandibular glands (under the jaw bone, the mandible), sublingual glands (under the tongue) and the parotid glands (in the back of the cheek).

What is a Salivary Gland Ablation?

Salivary gland ablation is a procedure performed by an interventional radiologist during which drugs are injected into the major salivary glands (submandibular, sublingual, and parotid glands), causing the salivary gland tissue to shrivel up and turn to scar tissue.

What Would Cause Someone to Need Salivary Gland Ablation?

Patients who have "too much saliva," are unable to swallow their saliva, or choke on their saliva, may benefit from salivary gland ablation (killing salivary gland tissue within the body). The most common reasons for patients who have difficulty managing their saliva production are brain abnormalities such as cerebral palsy, brain injury, autism, congenital brain malformations, and strokes. Other patients have a condition known as a "ranula" when saliva cannot get into the mouth and builds up into large bubbles (cysts), either in the floor of the mouth or in the neck.

What are the Symptoms Someone Would Experience to Need a Salivary Gland Ablation?

The most common symptoms in patients who have too much saliva or difficulty managing their saliva, are choking on their saliva, "breathing in" saliva into the wind pipe (trachea) and the lungs, and drooling. Patients with a ranula have recurrent cysts in the floor of their mouth or an enlarging neck mass (cyst) due to continual saliva production into the neck tissues.

Diagnosis of Too Much Saliva

A physician, nurse practitioner, or physician’s assistant makes the diagnosis during a physical examination, when the patient is observed to have excessive saliva flowing from the mouth (drooling). Some patients will also undergo a test known as a "swallowing study," during which patients' swallowing is evaluated with a radiology procedure (using a camera) known as fluoroscopy.

Diagnosis of a Ranula

A physician, nurse practitioner, or physician’s assistant makes the diagnosis of a ranula during a physical examination, when the patient is found to have a large bubble (cyst) in the mouth (simple ranula; under the front of the tongue), or a lump in the side of the neck under the jaw  (plunging or diving ranula). Occasionally, a patient with a ranula will have an infection in the fluid collection (ranula). Radiology tests such as ultrasound, MRI, or CT of the neck are used to confirm the diagnosis of ranula.

This animation helps show and explain how patients with both simple ranulas and plunging (dividing) ranulas have been successfully treated without surgery for 10 years at Nationwide Children's Hospital.

Salivary gland ablation is a procedure performed by an interventional radiologist during which drugs are injected into the major salivary glands (submandibular, sublingual, and parotid glands), causing the salivary gland tissue to shrivel up and turn to scar tissue.

There are three alternatives to salivary gland ablation:

How is a Salivary Gland Ablation Performed?

Salivary gland ablation is performed with precise injection of two drugs, first a medical detergent, followed by pure alcohol (ethanol). Some injections are delivered through the normal salivary gland drainage tubes (ducts), while other injections are delivered through the skin, directly into the salivary gland tissue. To provide precise delivery of the ablation drugs, injection needles and tubes (catheters) are guided with ultrasound and/or x-ray cameras. Depending on the diagnosis of too much saliva or ranula, salivary gland ablation is performed on either one gland, for treatment of a ranula; or either one, two, three or more glands for the saliva excess. Salivary gland ablation for too much saliva can be tailored, depending on the severity and after discussion with the patient/patient’s family, so that reduction of saliva production by at least 50% is achieved by ablation of some of the glands on the right, or glands on both right and left sides.

Will my Child be Awake During the Procedure?

How Long Will the Procedure Take?

The risks of salivary gland ablation are similar to those with surgery, including a very low risk of infection, nerve injury (branches of the facial nerve), or skin injury.

What Happens After the Procedure?

When can my Child Bathe?

Are There any Activity Restrictions?

There are no activity restrictions following salivary gland ablation.

Will my Child Need Another Salivary Gland Ablation?

Patients treated for a ranula will be cured following a single salivary gland ablation procedure in 85% of the cases. Patients treated for too much saliva or drooling may need a second treatment, based on the severity of the saliva, if they breathed in saliva, or drooling. Patients often start with one side (most often right side) salivary gland ablation, observe the response to treatment for a few weeks, and then decide if more glands require treatment.

What can my Child Expect After Treatment is Complete? Any Long-term Effects?

What Happens if This is Left Untreated?

Patients not treated for excess saliva will continue to drool, choke on their saliva, or breath in their saliva. Often this will lead to recurrent pneumonia and possibly death from aspiration pneumonia. Patients with an untreated ranula will continue to experience the pain and swelling of the ranula, and if infected, can result in serious neck abscesses requiring hospitalization and abscess drainage procedures. 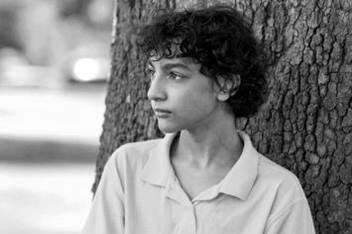 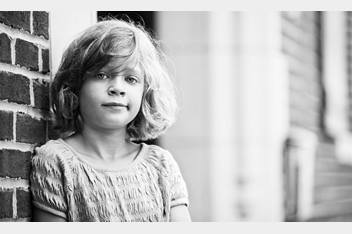