One in every 6,000 babies is born with SMA. It occurs in both males and females of all races, and can begin in infancy, childhood, or adulthood, three of which affect children.

What is Spinal Muscular Atrophy?

Spinal muscular atrophies (SMA) are a group of genetic (passed down by parents) diseases that affect motor neurons (nerve cells) in the spinal cord, causing the weakening of voluntary muscles (muscles that you control). This may affect crawling, walking, swallowing, breathing, and other functions. Intellectual development is normal in SMA. In fact, those with SMA are often highly intellectual individuals.

There are three major types of SMA that affect infants and children:

SMA type I, also known as Werdnig-Hoffman disease, is the most severe form of SMA. It occurs between birth and six months of age. These patients characteristically have a “bell-shaped” body, with a narrow, sunken-in chest and a large belly. Ten percent of newborns with severe SMA type I will be born with tight joints (congenital contractures). Their hands may stay fisted, and their legs may be fixed in a “frog” position. Affected infants are severely hypotonic (floppy) with extremely weak muscles throughout their bodies. They move very little, lack head control, and may have severe breathing difficulties and the inability to feed. It also affects the tongue, face, and jaw muscles and muscles of the digestive tract are affected. Therefore, constipation, poor nutrition, and drooling are common. Respiratory muscle weakness frequently leads to pneumonia, which can be life threatening. Respiratory muscles may become so weak that patients become unable to breathe on their own, and mechanical ventilation (respiratory life support) may be used. Life expectancy of children with SMA type I is shortened by the many associated complications of the disease. According to current statistics, more than two-thirds of these children die before two years of age.

SMA type II generally appears late in infancy, usually between seven and eighteen months of age, and progresses (worsens) more slowly than SMA type I. Infants with SMA type II are typically able to suck and swallow, and do not have serious breathing problems early on. These children may be able to sit on their own. They may also develop the ability to stand with the support of another person, braces, or a special standing frame device. Those with this form of SMA will have progressive (worsening) weakness and may become confined to a wheelchair over time. As the muscles between the ribs (intercostal muscles) weaken, patients have difficulty coughing and taking deep breaths, and have increased risk for respiratory infections. Bone strength decreases as patients become unable to stand, and they are at risk for bone fractures (breaks). Also, scoliosis (spinal curvature) nearly always develops as these children grow. Life span may extend beyond the school years.

Also known as Kugelberg-Welander disease, this is the mildest form of SMA. There may be no signs or symptoms in infancy, and patients typically meet early developmental milestones at the appropriate times. Signs of SMA type III may first appear anywhere from around one year of age to adolescence. However, it is usually diagnosed before three years of age. Weakness develops over time and involves the muscles closest to the trunk of the body. Patients may develop difficulty getting up from sitting on the floor. They may fall more frequently and may not be able to run. Children with SMA type III usually do not have difficulties with feeding or swallowing. These patients are usually able to walk. However, most will eventually need to use a wheelchair, due to worsening weakness. Patients with this type of SMA have a life expectancy well into adulthood.

At Nationwide Children’s, every child diagnosed is handled with an individualized treatment plan.

What are the Signs and Symptoms of Spinal Muscular Atrophy?

Spinal muscular atrophy is known as an autosomal recessive genetic disease. This means that the disease is passed down from both parents to the child. While most parents of children with SMA do not have symptoms of the disease, they do carry the gene that causes it. These are known as SMA “carriers”. Both parents must be carriers to have a child with SMA. When both parents are carriers, the likelihood of their child having the disease is 25% (1 in 4).

Due to a missing or mutated gene, a person with SMA is unable to produce a protein in the body known as the Survival Motor Neuron (SMN) protein. This protein is necessary for motor neurons to survive. Without the SMN protein, motor neurons atrophy (shrink) and die, causing muscles to atrophy and weaken. This atrophy and weakness can cause difficulties in movement, breathing, swallowing, and other functions, and can lead to deformities of the spine and bones.

How is Spinal Muscular Atrophy Diagnosed?

How is Spinal Muscular Atrophy Treated?

There is no cure for SMA, and no medical treatment that is able to delay the progression (worsening) of SMA. Treatment is focused on supportive therapies. Orthopedic care is very important for care of scoliosis (spinal curvature) and joint contractures in patients with SMA. Physical therapies and assistive devices are employed to allow patients to be as independent as possible.

Nationwide Children's Hospital has launched a new Phase I/IIa gene replacement clinical study to evaluate the safety of a gene therapy for IGHMBP2-related diseases, specifically spinal muscular atrophy with respiratory distress type 1 (SMARD1) and Charcot Marie Tooth disease type 2S (CMT2S). SMARD1 and CMT2S are rare inherited conditions that are both caused by mutations in the IGHMBP2 gene, of which more than 60 have been found to date. SMARD1 is the most severe form of these diseases and causes muscle weakness and respiratory failure in infancy. 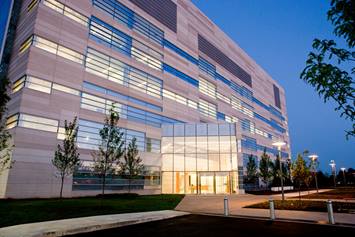 Today, the Abigail Wexner Research Institute at Nationwide Children’s Hospital praised the Food and Drug Administration (FDA) for its approval of Zolgensma® for spinal muscular atrophy (SMA) following decades of research in its Center for Gene Therapy to help patients with neuromuscular diseases. 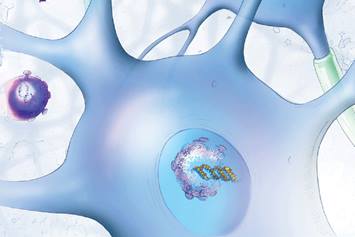 A Multicenter Look at Gene Therapy for SMA

In May 2019, when the U.S. FDA approved a gene replacement therapy for spinal muscular atrophy (SMA), approval included all children with SMA under age 2. However, the therapy had only been studied in children up to 8 months. A new study looks at the outcomes of a large cohort of patients who have received the therapy since approval.