(COLUMBUS, Ohio) – Today, Jerry R. Mendell, MD, principal investigator in the Center for Gene Therapy at the Abigail Wexner Research Institute at Nationwide Children’s Hospital, was elected to the National Academy of Medicine (NAM), the second faculty member from Nationwide Children’s to be appointed to this prestigious organization. Election to NAM is considered one of the highest honors in the fields of health and medicine and recognizes individuals who have demonstrated outstanding professional achievement and commitment to service. 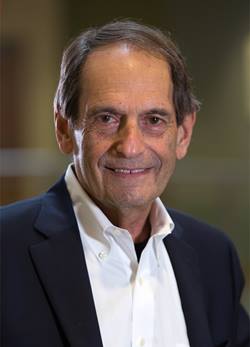 “It is humbling to be recognized by this group of accomplished scientists, but even more rewarding are the results of efforts that saved or improved the lives of affected infants and children,” said Dr. Mendell.

A world-renowned researcher, Dr. Mendell has been a pioneer in the care of neuromuscular diseases for more than 40 years. He was the first to standardize and publish on corticosteroid treatment of Duchenne muscular dystrophy (DMD) that preserved ambulation in affected boys. In 2007, he led the first-ever phase 1 clinical trial using AAV, a viral-based gene therapy approach in children with muscular dystrophy, paving a path for this promising approach. More recently, he demonstrated in the first exon-skipping clinical trial in North America, an alternative method to overcome the gene defect in a specific variant of DMD. A prolific author of nearly 400 publications, Dr. Mendell recently co-edited the book, Muscle Gene Therapy – Second Edition, published in 2019.

Dr. Mendell led the phase 1/2 clinical trial, which was the first effective gene therapy for SMA type 1, the most severe form of SMA that typically results in death by age 2. The study, published in the New England Journal of Medicine, was the People’s Choice for Science Magazine’s 2017 Breakthrough of the Year. In May 2019, the Food and Drug Administration (FDA) approved Zolgensma® for spinal muscular atrophy (SMA) for pediatric patients less than 2 years of age, including those who are pre-symptomatic, recognized by newborn screening. To date, Zolgensma has treated more than 600 children with SMA worldwide.

The principles used for reversing the lethal effects of early gene therapy have now been applied to DMD, the most common childhood neuromuscular disease with early death and loss of ambulation by teenage years. The results published in JAMA Neurology in June reported improved motor performance in all treated subjects with continued improvement at 2 years.

New NAM members are elected by current members through a process that recognizes individuals who have made major contributions to the advancement of the medical sciences, health care and public health. A diversity of talent among NAM’s membership is assured by its Articles of Organization, which stipulate that at least one-quarter of the membership is selected from fields outside the health professions—for example, from such fields as law, engineering, social sciences and the humanities.