Watch this video to learn more about the Make Safe Happen app.

Nationwide Children’s Hospital is joining Nationwide – one of the largest and strongest diversified insurance and financial services organizations in the U.S. –  in their effort to prevent childhood injury. According to the Centers for Disease Control and Prevention (CDC), injuries are the number one cause of death of children, and many injuries occur in and around the home. Through this new Make Safe Happen initiative, Nationwide Children’s researchers developed a new Make Safe Happen app to help prevent childhood injury. The app, now available for free on both iOS and Android, aims to help parents make their home safer. Parents can learn as they go with customized room-to-room safety checklists and links to safety products for the home.

“I have been an injury researcher for more than a decade, but it wasn’t until I was pregnant with triplets that I realized the need to make safety easier for busy parents,” said Dr. Lara McKenzie, a principal investigator with Nationwide Children’s Hospital’s Center for Injury Research and Policy (CIRP). “We created something that I needed as a mom, and that would give parents and caregivers the tools they needed to make their home safer for their family. You can create shopping lists, set reminders and track your progress towards making your home as safe as possible for your family. And you can do all of this on your smartphone.”

Since the 1930s, Nationwide has played an active role in supporting this issue, including their engagement with CIRP, founded by Dr. Gary Smith, an internationally-recognized pediatrician and author of more than 150 child injury-related articles in peer-reviewed journals. Contributions made by the Nationwide Foundation to Nationwide Children’s have supported important child safety research, and most recently the development of the Make Safe Happen app.

“Nationwide has always been committed to protecting what matters most to our members, and for parents, there’s nothing more important than the safety of their children,” said Matt Jauchius, Nationwide’s chief marketing officer. “This is an issue we’ve been passionate about as a company for more than 60 years. We’re dedicated to devoting resources to help prevent these tragedies from taking place through our new Make Safe Happen program.”

“We are grateful to Nationwide for their long-standing support of our mission to conduct innovative research and make discoveries that will prevent injuries in children,” said Dr. Smith, pediatrician and founder and director of CIRP. “We commend Nationwide for bringing the important issue of child injury to the forefront through Make Safe Happen and are grateful for the support of Nationwide and the Nationwide Foundation in bringing the Make Safe Happen app to life as an empowering tool for parents everywhere.” 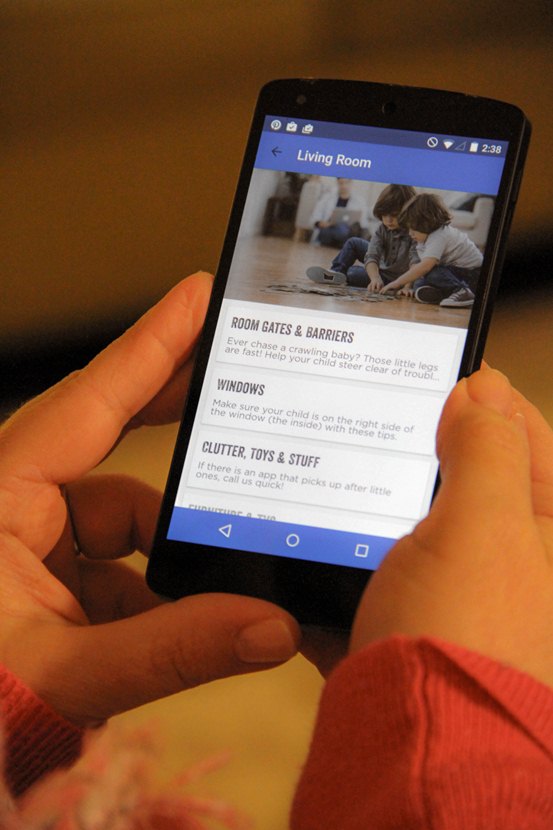 New, free Make Safe Happen app aims to help parents protect their children by identifying hazards in each room of the home.

Nationwide, a Fortune 100 company based in Columbus, Ohio, is one of the largest and strongest diversified insurance and financial services organizations in the U.S. and is rated A+ by both A.M. Best and Standard & Poor’s. The company provides a full range of insurance and financial services, including auto, commercial, homeowners and life insurance; public and private sector retirement plans, annuities and mutual funds; banking and mortgages; specialty health; pet, motorcycle, boat and farm insurance. For more information, visit www.nationwide.com.

Nationwide, Nationwide is on your side, and the Nationwide N and Eagle are service marks of Nationwide Mutual Insurance Company.