“These new appointments will catalyze an already highly productive alliance between The Ohio State University and Nationwide Children’s Hospital in the fight against prematurity and preterm birth,” states John Barnard, MD, president of The Research Institute at Nationwide Children’s Hospital and Professor of Pediatrics in the Division of Gastroenterology and Nutrition and Vice Chair for Research in the Department of Pediatrics at The Ohio State University. “These distinguished physician-scientists will bring nationally renowned expertise to Columbus, making us a premier location for maternal-fetal medicine and prematurity research in the US.”

“Focusing on the continuum from mother and father to infant strengthens our ability to study preterm birth from all angles to meet our shared goal of measurably reducing prematurity-associated morbidity and mortality,” explains Mark Landon, MD, chairman, Department of Obstetrics and Gynecology at The Ohio State University. “It’s a remarkable collaboration. Our physicians and scientists have worked together for years to administer top notch care for mothers, infants, and families with preterm infants. Drs. Catalin and Irina Buhimschi will be outstanding new faculty members to support this partnership.”

Both physician-scientists will begin their respective appointments in April, coming to Columbus after serving in leadership roles at Yale University.

Dr. Buhimschi completed his graduate student education at the University of Texas Medical Branch in Galveston. After completion of a Master in Medical Sciences, he finished his residency training in Obstetrics and Gynecology at the University of Maryland School of Medicine. Subsequently, he joined the Maternal-Fetal Medicine fellowship program at Yale University where he accomplished his sub-specialty training.

He has published over 120 peer-review manuscripts and has written over 25 chapters and review articles. He is co-editor of the “Drugs for Pregnant and Lactating Women” textbook. As a clinician-scientist, Dr. Catalin Buhimschi has concentrated his research activity on the roles of inflammation and infection in preterm birth, angiogenic factors in preeclampsia, myometrial contractility, biology of uterine healing, electromyography of the uterus, amniocentesis and the translation of proteomics biomarkers into the clinical arena.

For over a decade he received National Institutes of Health (NIH) extramural funds and is currently co-principal investigator on an RO1 grant aimed at understanding fetal injury and brain damage. Furthermore he was co-investigator on Bill and Melinda Gates Foundation and March of Dimes grants. Dr. Buhimschi is associate editor of the American Journal of Perinatology, and serves on the editorial board of numerous scientific journals. He serves as a member of NIH and March of Dimes Foundation study sections. As a testimony to his research activities he was elected the 2013-2014 President of The Perinatal Research Society.

“Catalin has consistently been recognized as one of the premier physician-scientists in the fields of obstetrics and perinatal medicine,” explains Dr. Landon.

He was awarded the Society for Gynecologic Investigation (SGI) Wyeth-Ayerst President’s Presenter’s Award and the NIH Young Investigator prize by the Perinatal Research Society. For his work in preterm birth, he received the “March of Dimes Award for Best Research in Prematurity.” During the last 15 years, he has made significant contributions to the scientific program of the Society for Maternal-Fetal Medicine. These presentations have received numerous Research Excellence Awards.

Dr. Catalin Buhimschi is a dedicated teacher and mentor to fellows and junior faculty and has been named to the “America’s Top Obstetricians and Gynecologists” Best Doctors list.

Dr. Irina A. Buhimschi is currently an associate professor of Obstetrics and Gynecology in the Department of Obstetrics, Gynecology and Reproductive Sciences at Yale University School of Medicine.  Her research interests span the broad area of understanding the molecular and pathophysiologic mechanisms of preterm labor and preeclampsia that together account for the large majority of preterm births.

A central focus of her investigation is related to the discovery of proteomic biomarkers and developing mathematical algorithms to overcome the current syndromic classification of preterm birth. She has discovered several biomarkers that can aid physicians in early diagnosing of preterm birth and preeclampsia to improve neonatal outcome. Other areas of research involve regulation of uterine contractility and cervical ripening, biology of nitric oxide, mechanisms of uterine healing and immunobiology of the amniotic fluid, and placental fetal membranes.

Dr. Irina Buhimschi is currently the co-principal investigator of an RO1 NIH-funded grant aimed toward understanding the role of Receptor for Advanced Glycation End products (RAGE) in fetal damage and in-utero injury.  For the last 15 years she has been awarded grant support by the NIH, March of Dimes, Bill and Melinda Gates Foundation and other funding agencies.  She has published more than 130 peer-reviewed publications, and has extensive service on editorial boards, including as associate editor for Pediatric Research.

She is a highly sought mentor for undergraduate students, medical students, residents, clinical fellows and junior faculty. Under her mentorship many trainees have received awards of research excellence at national and international meetings.

Throughout her career Dr. Irina Buhimschi has served on multiple grant review committees including NIH’s Pregnancy and Neonatology, Bioengineering Research, Bill and Melinda Gates Foundation, Preeclampsia Foundation and the Thrasher Foundation. Currently she serves as a permanent member of the March of Dimes study section and as a council member of the Board for the Perinatal Research Society.

“Irina’s talent and commitment to research excellence will be influential in continuing to strengthen the perinatal research program at Nationwide Children’s, and the research alliances with the Wexner Medical Center at Ohio State. We look forward to the future of our research initiatives to end prematurity and preterm birth,” states Dr. Barnard. 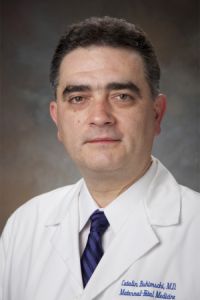 Catalin S. Buhimschi, MD, Director of Maternal-Fetal Medicine and Vice Chair for Research in the Department of Obstetrics and Gynecology at The Ohio State University 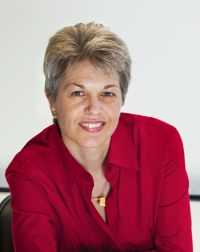 Irina A. Buhimschi, MD, Director of the Center for Perinatal Research in The Research Institute at Nationwide Children’s Hospital