Venkata R. Jayanthi, MD, has been appointed chief of the Section of Pediatric Urology at Nationwide Children’s Hospital.

Dr. Jayanthi has served as a urologist at Nationwide Children’s since 1994 while also holding a faculty position in the Department of Urology at The Ohio State University College of Medicine. In January 2012, he was named Interim Chief of Pediatric Urology.

“After a comprehensive national search, Dr. Jayanthi demonstrated the vision, leadership skills and talent to lead the growing Pediatric Urology program at Nationwide Children’s Hospital,” said R. Lawrence Moss, MD, surgeon-in-chief at Nationwide Children’s Hospital. “His contributions in urologic laparoscopy and international outreach and education have garnered him great respect and acclaim nationally and internationally. His clinical excellence and commitment to compassionate care has afforded him tremendous respect locally.”

Dr. Jayanthi’s clinical interests include all aspects of the medical and surgical management of genitourinary problems including conditions such as urinary tract infections, hydronephrosis, urinary incontinence, hypospadias and intersex conditions. He is also interested in genitourinary reconstructive surgery for both congenital and acquired conditions.

During his tenure, Dr. Jayanthi has been instrumental in innovative surgical training techniques in addition to leading the Pediatric Urology Fellowship Program as program director. He is also the Director of the Pediatric Urologic Laparoscopy Program and a member of the Nephrology and Urology Research Affinity Group at Nationwide Children’s Hospital.

Dr. Jayanthi graduated from The Ohio State University College of Medicine in Columbus, Ohio. He went on to complete his surgical residency and urology residency at Albany Medical Center Hospital in Albany, New York. Dr. Jayanthi then completed a fellowship in pediatric urology at the Hospital for Sick Children in Toronto, Ontario, Canada. He has authored numerous studies on pediatric urology disorders in addition to assisting with countless live surgical workshops.

Dr. Jayanthi plans to recruit several additional urologists to Nationwide Children’s. This will allow for the development of a surgical robotics program and enhanced basic science research program within The Research Institute and expansion of clinical services beyond the main campus and central Ohio.

The Section of Pediatric Urology was ranked in U.S.News & World Report among the top 15 children’s hospital programs in the country for pediatric urology. The program provides comprehensive diagnostic and therapeutic services for a wide range of urological disorders in children of all ages and teens. Advanced services include reconstructive surgery as well as consultations for urinary tract abnormalities detected in utero. 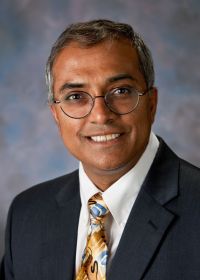