Initially used as a treatment for refractory adult urinary incontinence only, neuromodulation of the sacral nerve (S3 nerve root) is now approved in adults by the Food and Drug Administration as an acceptable option after other modalities have proven ineffective for the treatment of urinary and/or fecal incontinence. However, the application of this approach in pediatrics is a relatively new concept. In 2012, the Motility Center in the Division of Gastroenterology, Hepatology and Nutrition and the Section of Urology at Nationwide Children’s Hospital began offering sacral nerve stimulation to children with intractable urinary or fecal incontinence. Since then, more than 25 patients have received the implants. Here, we profile a patient whose experience illustrates the benefits of the approach adopted at Nationwide Children’s.

Phase I: Case History
Due to vesicoureteral reflux and recurrent UTIs, a 3-year-old female underwent ureteral reimplantation surgery in 2004. She was later managed and treated by gastroenterologists and urologists at Nationwide Children’s for overactive bladder symptoms and chronic constipation. Multiple anticholinergic medications failed to resolve the overactive bladder symptoms, and laxatives and bowel stimulants did not effectively treat the constipation. Due to poor bladder emptying, she had performed twice daily self-catheterization to assist with post-void residuals since July 2011. Persistent symptoms interfered with schoolwork and sports participation.

Phase II: Presentation and Treatment
At 12 years of age, the child presented to the author in June 2013 for ongoing urinary incontinence, overactive bladder symptoms, poor bladder emptying, UTIs and constipation. Previous MRI of the spine and anorectal manometry were normal. Her most recent urodynamics study showed multiple uninhibited bladder contractions during filling, indicating an overactive bladder as well as a small functional bladder capacity. She voided with an intermittent straining pattern and had a large post-void residual volume. She underwent placement of a temporary sacral nerve stimulator in July 2013. A permanent device was implanted two weeks later due to a marked improvement in symptoms.

Phase III: Follow-up
Post-surgery urodynamics showed significant objective improvement with minimal bladder overactivity during bladder filling, an improved overall bladder capacity and nearly normal bladder emptying with minimal residual urine left after voiding. The patient reports significant improvement in symptoms; she is dry day and night with only rare episodes of urinary incontinence. She has daily bowel movements and is off of all medications. A single UTI occurred since the surgery and was successfully treated with antibiotics. She has minimal post-void bladder residuals when she occasionally catheterizes herself. The patient and family were very satisfied with the outcome. Urology will continue to monitor the patient.

Sacral nerve stimulation is a promising new therapeutic modality for urinary or fecal incontinence in children when other treatments, such as medications and behavioral therapy, have been unsuccessful. Nationwide Children’s is one of the first institutions to structure sacral nerve stimulation therapy by evaluating objective bladder and bowel function studies before and after the procedure to assess treatment response. Nationwide Children’s also provides medical management from an integrated team of specialists, including pediatric urologists, gastroenterologists and surgeons with unique expertise managing complex neurogastrointestinal and urological disorders in children. This team approach enables comprehensive pre-surgery consultation and post-surgery follow-up to manage long-term health and improve quality of life for pediatric sacral nerve stimulator patients. 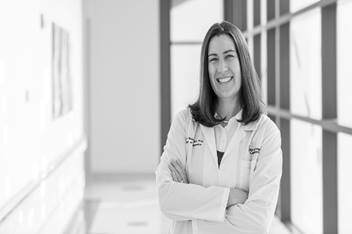