The first clinical trial to test the functional replacement of the mutated gene responsible for SMA1 will be recognized at the 2018 Top Ten Clinical Research Achievement Awards at the National Press Club in Washington, D.C., on April 18, 2018. Results of the phase 1 clinical trial of AVXS-101, led by Jerry Mendell, MD, at Nationwide Children's Hospital, were published in the New England Journal of Medicine in November 2017.

SMA1 is a progressive, childhood, neuromuscular disease caused by a mutation in a single gene. Children with SMA1 fail to meet motor milestones and typically die or require permanent mechanical ventilation by two years of age. According to the natural history of the disease, patients require nutritional and respiratory support by 12 months of age, and are unable to swallow or speak effectively.

At the end of the study period, all 15 infants had a favorable safety outcome. Of the 12 patients treated with the highest dose, 92 percent achieved head control, 75 percent rolled over and 92 percent sat with assistance. Seventy-five percent of the infants are now sitting for 30 seconds or longer. Two can crawl, pull to a stand and walk independently.

This study built on nearly three decades of foundational research led by teams at Nationwide Children’s and Ohio State’s Wexner Medical Center and exemplifies the strong basic science and clinical bonds between the two institutions. Dr. Mendell and his team at Nationwide Children’s led the clinical trail in collaboration with Arthur Burghes, PhD, of Ohio State, who created a ground-breaking SMA mouse model that remains the standard by which all therapies, including AVXS-101, are initially tested.

Brian Kaspar, PhD, an investigator of the study and Chief Scientific Officer for AveXis, during his appointment at Nationwide Children’s, discovered that the AAV9 vector was capable of crossing the blood brain barrier when injected into the vascular system to deliver genes directly to motor neurons. The Ohio State and Nationwide Children’s laboratories then collaborated to show that scAAV9-SMN, when delivered to SMA mice shortly after birth, completely prevented their neuromuscular disorder. They successfully prove that reversing a protein deficiency through gene therapy is effective in improving and stabilizing SMA in a large animal model.

AveXis, Inc., a clinical-stage gene therapy company developing treatments for patients suffering from rare and life-threatening neurological genetic diseases, announced in July 2016 that the U.S. Food and Drug Administration (FDA) granted Breakthrough Therapy Designation for the treatment based on preliminary clinical results from the trial of AVXS-101, which is the company’s initial proprietary gene therapy candidate.

Following a nationwide call for nominations, the Clinical Research Forum Board of Directors selected winners based on the degree of innovation and novelty involved in the advancement of science; contribution to the understanding of human disease and/or physiology; and potential impact upon the diagnosis, prevention and/or treatment of disease. All nominated studies were published in peer-reviewed journals during the calendar year 2017.

According to the Clinical Research Forum, the award-winning studies exemplify major advances resulting from the nation’s investment in research to benefit the health and welfare of its citizens, and reflect the influential work being conducted by investigators at research institutions and hospitals across the United States, as well as at partner institutions from around the world.

Recognizing the need to celebrate our nation's clinical research accomplishments that involve both innovation and impact on human disease, the Clinical Research Forum conducts an annual competition to determine the ten outstanding research accomplishments in the United States. These major research advances represent a portion of the annual return on the nation's investment in the health and future welfare of its citizens.

About the Clinical Research Forum

The mission of the Clinical Research Forum is to provide leadership to the national and clinical translational research enterprise and promote understanding and support for clinical research and its impact on health and healthcare. For more information, visit www.clinicalresearchforum.org.

About The Research Institute at Nationwide Children's Hospital 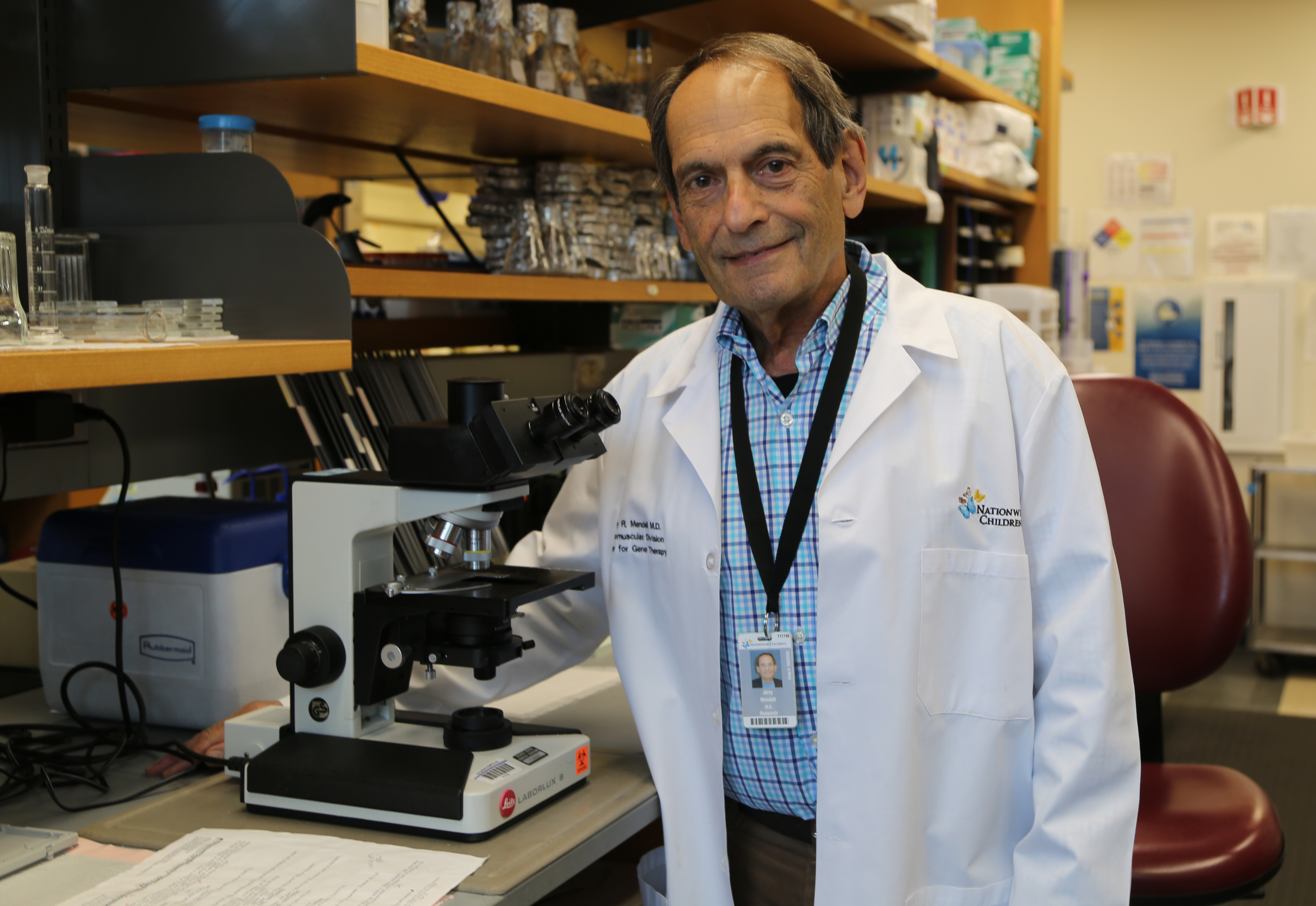 The first clinical trial to test the functional replacement of the mutated gene responsible for SMA1 will be recognized at the 2018 Top Ten Clinical Research Achievement Awards at the National Press Club in Washington, D.C., on April 18, 2018. Results of the phase 1 clinical trial of AVXS-101, were led by Dr. Jerry Mendell at Nationwide Children's Hospital.