Skip to Content
Just two years old at the time, Zoey Jones was told she would need a heart and lung transplant for her failing organs, a complication due to the single ventricle heart defect she was born with. She was referred to Nationwide Children’s Hospital where they began to prepare for a transplant, when a second look in the catheterization laboratory (cath lab) led doctors to believe her heart and lungs were strong enough to avoid transplant altogether.
Instead, Zoey underwent the Glenn operation last year, the second of three surgeries which will pave the way for her to live a normal life with her own heart. In the past few weeks, Zoey has seen major results from the surgery.
“She’s like a whole new little girl,” said Tori Goddard, Zoey’s mom. The family traveled from their home of Tennessee to Columbus, Ohio and continue to see doctors both at home and at Nationwide Children’s.
“When Zoey came to our Heart Center, we were collecting data and images for her transplant,” said Darren Berman, MD, co-director of Cardiac Catheterization and Interventional Therapy in The Heart Center at Nationwide Children’s. “In the cath lab, we found that blocking some of the blood flow to her lungs by using a vascular plug to close off one of her surgically-placed shunts lowered the pressure in her lung arteries enough that operating might be possible.”
In a discussion with Mark Galantowicz, MD, chief of Cardiothoracic Surgery and co-director of The Heart Center at Nationwide Children’s Hospital, they decided the risks of the Glenn operation were less than the risks associated with a pediatric heart and lung transplant. After a discussion with mom, it was decided they would move forward with the surgery rather than pursuing a transplant for Zoey.
The surgery went well, but doctors anticipated that Zoey would spend a long time in the hospital after the Glenn operation. Once again, Zoey proved them wrong. She went home in just 10 days, and doctors and her mom say she’s been thriving.
“Her progress lately has been amazing. Since we had her heart surgery, she has learned to walk by herself, and doctors told us she would never walk, and she’s walking unassisted now,” said Tori. “We have been able to wean her vent significantly, up to the point now where we’re actually starting to come off of it.”
“The next steps are for her to return to Nationwide Children’s at the end of the month for a catheterization and assess the pressures in her lung arteries to make sure things are as good as we think they are,” said Dr. Berman. “Hopefully in the future, a third surgery will help mend the very complex heart condition she was born with.”
Click here to watch Zoey's story. 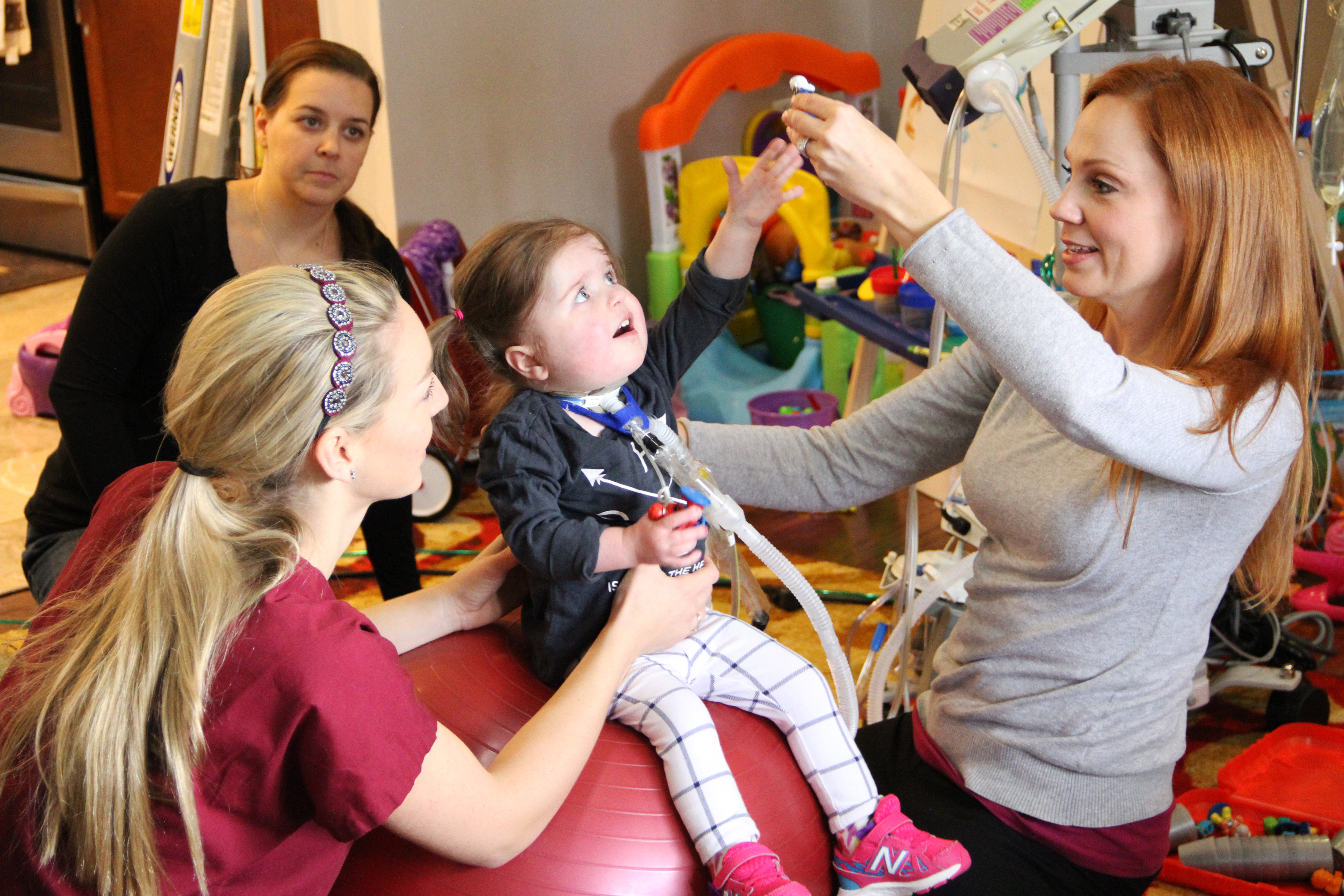 Zoey Jones, 3, works with therapists at her home in Nashville. Zoey and her family traveled to Columbus, Ohio for a heart-lung transplant, but after an innovative approach by doctors at Nationwide Children`s Hospital, Zoey`s was able to keep her heart and lungs, and is thriving today.