Skip to Content
Vitamin K, which has been administered to newborns as an injection since it was first recommended by the American Academy of Pediatrics in 1961, is vital for blood to clot normally. Despite it being given as standard medical practice since then, vitamin K-deficient bleeding (VKDB) is being seen more often in newborns than it has in decades. Emergency Department physicians at Nationwide Children’s Hospital have recently seen several cases of intracranial bleeding due to parental refusal of the neonatal vitamin K shot.
In a case study published by Karyn Kassis, MD, MPH, in The Journal of Emergency Medicine, a 10-week-old infant presented to the emergency department with increased fussiness over a two-week period. After thorough examination, the infant only appeared to have a pale complexion, flecks of blood in stool and pale mucous membranes. Due to the paleness of the infant, a complete blood count was obtained, demonstrating a profound normocytic anemia. Additional history and testing determined that the infant was presenting with VKDB. Vitamin K was administered via an IV and internal bleeding stopped within 24 hours.
“The risk of getting a vitamin K shot is very minimal, but the risk of not getting it is very serious,” said Dr. Kassis, an emergency medicine physician at Nationwide Children’s. “Babies who don’t get vitamin K can actually have silent bleeding internally, commonly into their brains. This could result in seizures, coma or even death. Parents should know that vitamin K-deficient bleeding is preventable.”
A vitamin K shot is typically given within minutes to hours of birth to ensure there is enough vitamin K to prevent bleeding. Vitamin K is not sufficiently passed on by mothers to their newborns, and very little vitamin K is present in breast milk. The single vitamin K shot protects an infant until they develop enough to begin producing vitamin K and consuming vitamin K-rich foods on their own.
Symptoms of VKDB are difficult for a parent or even a health professional to recognize in a newborn, and can include fussiness, blood in the stool and even seizures, all of which will increase as the bleeding increases. VKDB is preventable, and a single injection of vitamin K at birth restores vitamin K levels in the blood to normal range within an about an hour.
“When parents request that no shots be given to their child at birth because they are opposed to vaccines, the vitamin K shot has been accidentally included in that category,”
said Dr. Kassis. “The vitamin K shot is an injection of a vitamin. It has no immune properties. It is purely to replace a critically important deficient vitamin.”
It is important that emergency medicine physicians are vigilant when it comes to the vague symptoms of early stage VKDB. Because the condition is still quite rare, clinicians are not always looking for it, but physicians who treat infants in an acute setting should remember to ask parents about whether their child has received a vitamin K shot and if they are breastfeeding.
“I recommend that all children are vaccinated and receive all the recommended newborn shots and screens,” said Dr. Kassis, also a faculty member at The Ohio State University College of Medicine. “Expectant parents should speak with their obstetrician or at a prenatal appointment with their pediatrician about any questions or concerns about the vitamin K shot or any other immunizations.”
Watch this video to learn more about why vitamin K is crucial for newborns. 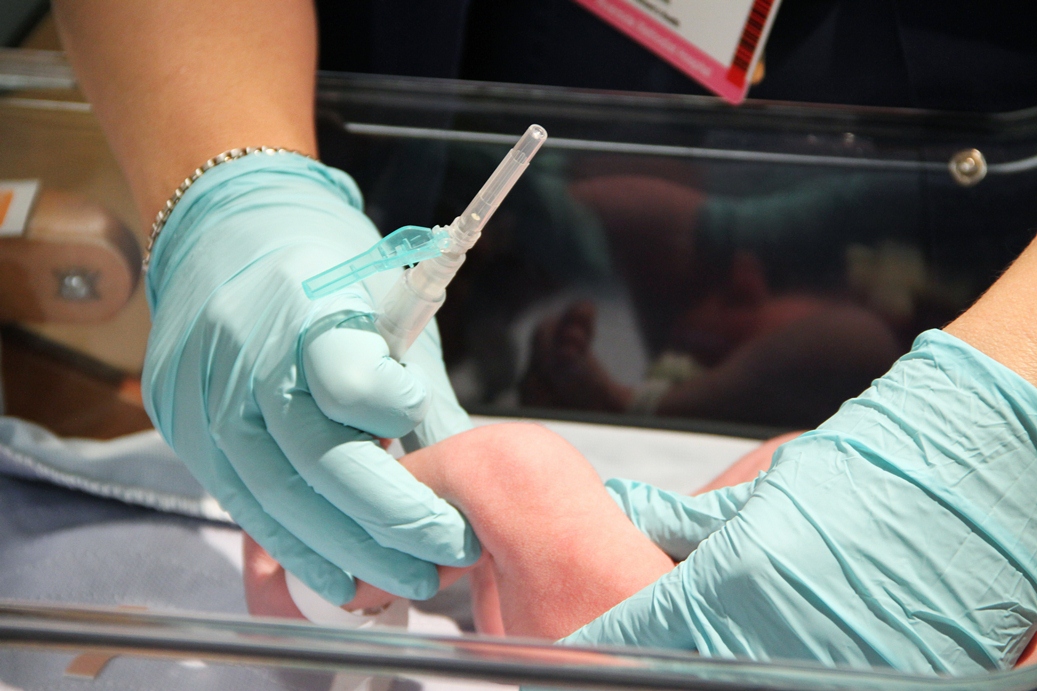 Unfortunately, as part of the backlash against vaccines, a growing number of parents are choosing to opt out of all shots for their babies, including vitamin K.