Nationwide Children’s Hospital recently earned the U.S. Department of Health and Human Services (HHS) Silver Medal of Honor for its leadership in organ donation. Nationwide Children’s is one of 300 hospitals across the country awarded this distinction and will be formally recognized during the Fourth Annual National Learning Congress October 4-5, 2012 in Dallas, Texas.

This medal is awarded to hospitals that have achieved at least two of three cohorts as part of the Breakthrough Collaborative on organ donation launched in 2003 by former HHS Secretary, Tommy Thompson. The collaborative addresses three goals related to organ donation including achieving a 75 percent conversion rate, 3.75 organs transplanted per donor and 10 percent of donations after circulatory death. Nationwide Children’s achieved two out of the three goals specifically related to the conversion rate and donations after circulatory death.

Karen Rediger, MSSA, LISW-S, in-house coordinator for Organ and Tissue Donation at Nationwide Children’s, led the team to achieve these goals. In her role at Nationwide Children’s, Rediger provides ongoing education to new and current hospital personnel on the organ donation process, and leads the hospital’s donation council which addresses ongoing needs and concerns related to organ and tissue donation as well as reviews cases, quarterly statistics and best practices. Rediger also meets with families to present them with the opportunity to give the gift of life while supporting them throughout the donation process. 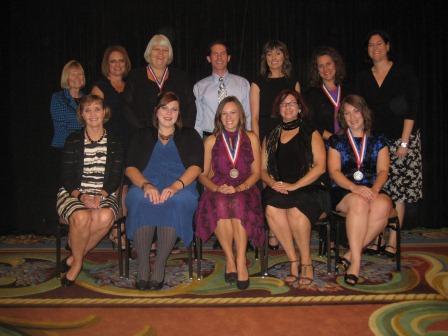