Today, about one in five children in the United States are obese. That means that in just one generation alone the number of obese kids in this country has quadrupled.

Doctors at Nationwide Children’s Hospital who perform weight loss surgery (bariatric surgery) on adolescents took a look at their patient population in a retrospective study published in the January 2012 print edition of Pediatric Blood & Cancer. They found that their patients had experienced a significant loss of excess body weight and showed improvement in many obesity-related diseases within the first one to two years following surgery.

Investigators performed a retrospective analysis of 15 morbidly obese adolescents (10 females and five males) who underwent Roux-en-Y gastric bypass between 2004 and 2009. They compared baseline clinical and demographic data with the same data collected one and two years after surgery.

Results showed that the adolescents experienced significant loss of excess body weight and improved or resolved several common obesity-related diseases during this time period. Four of five patients who were being treated for high blood pressure before surgery resolved their high blood pressure two years after the operation.

“We do not yet know whether the improvements of these patients will correspond to long-term resolution of weight-related diseases or reduce their risk for future weight-related diseases,” said the study’s author Marc Michalsky, MD, surgical director of Bariatric Surgery at Nationwide Children’s Hospital. “Although our findings suggest that the most significant metabolic impact occurred within the first post-operative year, findings may differ in studies involving more patients who are followed longer-term.”

Dr. Michalsky, who also chairs the American Society for Metabolic and Bariatric Surgery Pediatric Committee’s best practice guidelines, says that weight loss surgery should be a last resort for teenagers, but can be a very effective intervention.

“The argument is quite compelling that we really do need to be doing it this young to avoid the chronic burden of disease these patients will suffer from if nothing is done,” said Dr. Michalsky.

In the Center for Healthy Weight and Nutrition at Nationwide Children’s Hospital, Dr. Michalsky’s patients first go through several months of evaluation to see if patients are even candidates for weight loss surgery. This includes an introductory information session attended by the adolescent and parent, and assessments of the potential candidate by a number of staff in the Center including dieticians, bariatric nurse practitioners, psychologists, physical therapists and surgeons. Candidates for weight loss surgery are those that have gone through several failed attempts at diet and exercise regiments. These teenagers have significant organ damage and their quality of life is poor, Dr. Michalsky said.

“Bariatric surgery in adolescents is never a cosmetic procedure,” explained Dr. Michalsky who is also a faculty member at The Ohio State University College of Medicine. “These teens are very sick, they are suffering and they can benefit from weight loss surgery. Our study demonstrates the safety and efficacy of weight reduction surgery in morbidly obese adolescents.”

Nationwide Children’s is one of a few centers in the country involved in long-term clinical research of adolescent bariatric surgery, looking not only at what happens in the short-term post-surgery, but long-term as well. 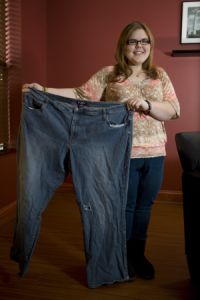 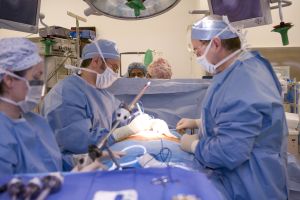 Teenagers that are suffering from severe obesity, actually have some very significant organ damage.