A National Leader in Caring for Children With Batten Disease

Nationwide Children’s is a designated a Center of Excellence by the Batten Disease Support and Research Association (BDSRA) , the largest research and support organization in North America for families that have children with Batten disease. Chosen because of its clinical and research history with the disease and its ability to provide comprehensive care for these unique children, Nationwide Children's is one of only a handful of organizations in the U.S. with this designation.

Learn More About Our Team

At Nationwide Children's, patients with Batten disease are evaluated and cared for by a team that includes pediatric neurologists, pediatric nurse practitioners, registered nurses, social workers and genetic counselors. Additional consultations are available from pediatric cardiologists, pulmonologists and gastroenterologists.

What is Batten Disease?

Also known as Spielmeyer-Vogt-Sjogren-Batten disease, Batten disease is the most common form of a group of disorders called neuronal ceroid lipofuscinoses (or NCLs). Although Batten disease is usually regarded as the juvenile form of NCL, it has now become the term which encompasses all forms of NCL. Batten disease is a congenital, progressive, and terminal neurological disease. Patients with Batten disease have cognitive impairment, loss of developmental milestones, and epilepsy. Sight and hearing may also be impaired. 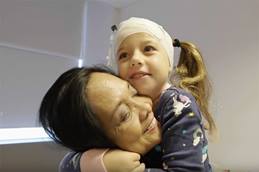 Diagnosed with Batten disease in Sydney, Australia, Tayla’s parents were told there was nothing that could be done. They started to explore what clinical trials and options might exist from a global standpoint. That search led them to Dr. Emily De Los Reyes at Nationwide Children’s where new research hinted at the first sign of real hope for children with Batten disease. 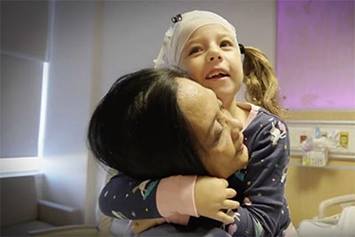 Dr. Emily De Los Reyes, director of the Nationwide Children’s Batten Disease Center of Excellence, and her team are bringing new hope to families who were once told that Batten disease, a rare genetic disorder, would leave their children blind, bedridden and suffering symptoms of dementia.