Skip to Content
A child feels nauseated all the time, but no medical test can find what is wrong. Or a child vomits regularly, but there’s no illness or eating disorder to explain it. These, and other stomach and bowel-related problems with no obvious causes, are called functional gastrointestinal disorders.
Because there are no clear causes, diagnosis and treatment can be difficult for these disorders, which also include irritable bowel syndrome and functional constipation. The disorders may even be unintentionally dismissed by parents or doctors as not existing at all. However, international guidelines about the disorders, developed with leadership from Nationwide Children’s Hospital, aim to make diagnosis and treatment easier.
The guidelines, called the Rome IV criteria, are the fourth version of the criteria produced by the international Rome Foundation. The criteria cover all age groups. The six-person committee that developed the criteria for children and adolescents was chaired by Carlo Di Lorenzo, MD, chief of Gastroenterology, Hepatology and Nutrition at Nationwide Children’s. Miguel Saps, MD, director of research for the Motility Center at Nationwide Children's, was also one of the international committee members.
“I compare these disorders to headaches,” Dr. Di Lorenzo said. “If you have a headache, it doesn’t mean you have a brain tumor or meningitis. In the same way, people may have a bellyache, but they don’t have a blockage or an ulcer. They still are experiencing pain, though, and it is still affecting their lives, sometimes drastically.”
The guidelines allow physicians to more accurately diagnose and treat the following disorders, which affect an estimated 30-40% of children worldwide:
Currently, functional constipation alone is experienced by 10-15% of all children and costs the health system more than $3 billion dollars a year. Experts say that’s just one reason faster and more accurate diagnoses could be a game-changer.
Past guidelines may have led doctors to order a battery of tests to rule out every possible disease before arriving at a functional GI disorder diagnosis, according to Dr. Di Lorenzo. That can be exasperating for patients, and add to anxiety they are already experiencing. The new criteria make clear that a diagnosis can be made without exhaustive tests.
“The patient’s history and a physical exam are key in making the diagnosis,” said Desale Yacob, MD, a gastroenterologist at Nationwide Children’s who treats functional GI disorders. “As we should with every patient who comes to see us, we need to listen to the history presented by the patient and the parents. This is not something that the child is imagining. These are real symptoms that impact the child’s life. They should be taken seriously and addressed promptly.”
While causes aren’t always obvious, the last decade of research has shed new light on factors that can lead to functional GI disorders. Physicians say there is a strong link between stress, depression and other psychological issues and the disorders – part of what they call the “brain-gut connection.” Medications can be effective for some disorders, but so can non-medical treatment options such as acupuncture, massage therapy, counseling and relaxation exercises.
“We are treating the whole person, not just the GI tract or a single organ,” said Dr. Di Lorenzo, who is also a professor of Clinical Pediatrics at The Ohio State University College of Medicine. “We work closely with psychologists, nutritionists, therapists and others to help the child get better.”
A summary of the pediatric criteria was published this month in the journal Gastroenterology, with Dr. Di Lorenzo as co-lead author. A forthcoming book, Rome IV Pediatric Functional Gastrointestinal Disorders – Disorders of Gut-Brain Interaction, co-edited by Dr. Di Lorenzo, explores the criteria in depth. 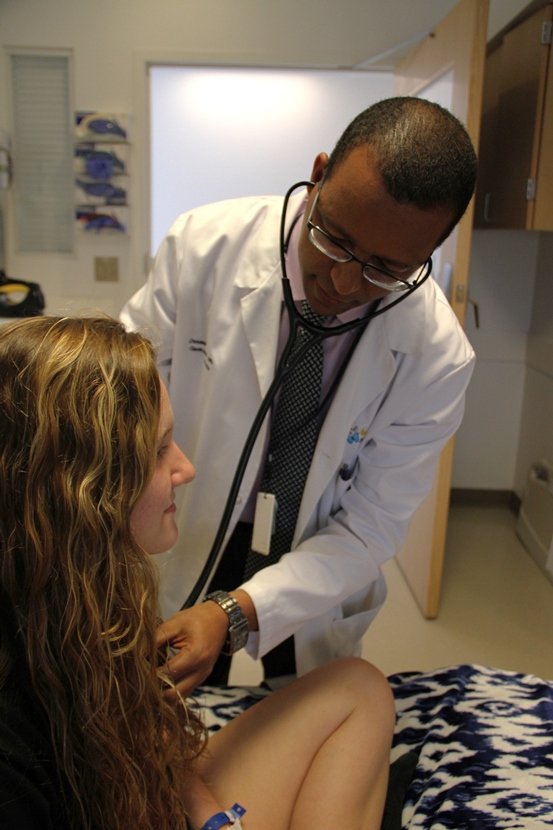