Desale Yacob, MD, is an attending pediatric gastroenterologist at Nationwide Children's and Medical Director of the GI Motility Center. He is also associate professor of Clinical Pediatrics at The Ohio State University College of Medicine. He attended the University of Virginia for both his undergraduate and medical education. After completing his pediatric residency at Children's Hospital of the Kings Daughters in Norfolk Virginia he came to Columbus where he completed his pediatric gastroenterology fellowship at Nationwide Children's. His clinical interests span all areas of pediatric gastroenterology including motility disorders and functional gastrointestinal disorders. As Medical Director of the Motility Center, he evaluates and helps take care of children referred from around the nation. He also has a special interest in endoscopic procedures. Dr. Yacob's research interest is in the area of functional gastrointestinal disorders and neurogastrointestinal disorders. He is also a member of the Center for Colorectal and Pelvic Reconstruction. He is named among the Best Doctors in America. 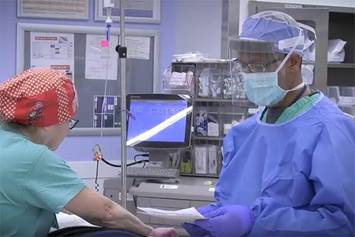 Dr. Desale Yacob is the Medical Director of the Motility Center at Nationwide Children's Hospital. As Medical Director, he evaluates and helps take care of children referred from around the nation.