“Trait” is a word used to describe a person who has inherited one abnormal gene from one parent and a normal gene from the other parent. A person with sickle cell trait inherits one gene to make normal hemoglobin (A) and another gene to make some sickle cell hemoglobin (S). Hemoglobin is the part of the red blood cell that carries oxygen to different parts of the body. Sickle cell trait (AS) usually does not cause any health problems. Often people don’t even know they have the trait. Sickle cell trait is found in 1 out of every 11 African Americans, but it can occur in people of any race or background.

Why You Should Know if You Have Sickle Cell Trait

Our genes determine the color of our eyes, our blood type and many other features, including our hemoglobin type. We inherit one gene for hemoglobin from each of our parents. Each of our parents has two genes for hemoglobin, but they pass only one of these genes on to each child. To inherit sickle cell trait, a child must get the sickle (S) gene from one parent and a normal gene (A) from the other parent (Picture 1).

If a child inherits the sickle (S) gene from one parent and a sickle (S) or other abnormal hemoglobin gene* from the other parent, the child will have sickle cell disease.

*Beta thalassemia, C, and E are other types of abnormal hemoglobin genes.

A person with sickle cell disease makes a different kind of hemoglobin called “sickle” hemoglobin. Instead of being round and smooth, cells with sickle hemoglobin become hard and sticky and look like a banana or a sickle. These cells have trouble moving through small blood vessels. Sometimes they clog up these blood vessels. This prevents the blood from bringing oxygen to the tissues. It can cause pain or damage to the areas that are not getting oxygen.

For more information about sickle cell trait, contact the Sickle Cell Newborn Screening Coordinator at Nationwide Children's Hospital at (614) 722-5948. The Sickle Cell nurse is also available to answer questions between 8:00 a.m. to 4:30 p.m., Monday through Friday at (614) 722-8914. 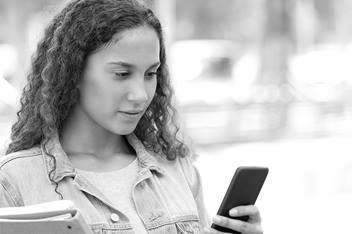 Helping Children With Sickle Cell Disease Adhere to Their Medication 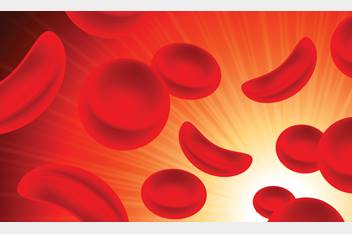 What is Sickle-Cell Disease?