Moles, or nevi, are very common. Moles are areas of the skin where there are more cells called melanocytes. Melanocytes are the cells in the body that produce pigment, or color. Moles can be many colors including skin-tone, pink, tan, brown and very dark brown to black. Moles can be raised or flat. Moles can have hair. Moles can grow on any skin surface, including the scalp, hands and feet.

When someone is born with a mole, or develops one in the first months of life, the mole is called a congenital, or birthmark mole. About 1 in 100 people are born with one or more moles.  Most people develop their moles later in childhood or adulthood. These are called acquired moles. They are most common on sun exposed areas of skin such as the face, neck, upper body, arms and legs.

Most moles are harmless, but in rare cases moles may become cancerous. Checking moles and looking for changes is an important step in helping to catch worrisome changes early.

Some changes to look for are asymmetry (moles that do not look the same on each half), irregular shapes or borders, uneven color or large size. Also look for any moles that bleed, itch or become painful. Looking at your child’s skin regularly can help you recognize moles that are more at risk for becoming cancerous.

Your doctor may send you to see a dermatologist (a doctor who specializes in treating skin problems) if your child’s moles change or have any of the features mentioned above.

Call your doctor if you see any of the following changes in a mole:

If a mole is getting irritated frequently, bleeding, difficult to watch due to location or dark color, atypical in appearance or worrisome, the dermatologist may perform a skin biopsy. A skin biopsy is a procedure that involves removing the mole so that it can be looked at under a microscope.

There are many ways used to remove moles. The method your doctor will choose depends on the age of your child, the location of the mole, the size of the mole and the amount of concern for skin cancer. Generally, removing moles in the dermatologist’s office is a simple and safe procedure that can be done with local anesthesia.

You can do some things to prevent moles from becoming cancerous:

Tissue Expansion: How it Can Help Repair Damaged Skin 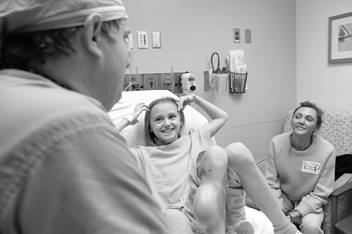