Celiac disease is a chronic condition that occurs in about 1 in 100 people and results in damage to the lining of the small intestines.

What Is Celiac Disease?

Celiac disease is a chronic condition that occurs in about 1 in 100 people and results in damage to the lining of the small intestines. It affects those individuals who have the genetic potential for the condition and the disease is triggered by the ingestion of products that contain wheat, barley or rye, collectively known as gluten. A number of genes have been identified that are related to celiac disease and it seems there is no one specific gene that causes the disease to become active but rather a combination of genes is involved. The major trigger factor that leads to disease is the ingestion of foods that contain wheat, barley or rye proteins. Ingestion of these products causes a chain of events that result in an inflammatory response in the intestine with subsequent damage to the lining. In some cases an additional trigger event such as an infection or major life stressor might be needed to "tip the balance" and begin the process of inflammation and damage, but the evidence for this is not strong.

Nationwide Children’s Hospital offers patient-centered care options for Celiac Disease. Our experts from multiple specialties will create a care plan with the specific needs of your child in mind.

What Are the Symptoms of Celiac Disease?

Because the lining of the intestines are damaged, many individuals will have gastrointestinal symptoms such as chronic diarrhea, abdominal discomfort/pain, bloating and gas, poor weight gain or weight loss and in some cases constipation. However, many patients initially complain of non-gastrointestinal symptoms and we now recognize a wide variety of different manifestations. Some of these include unexplained growth failure, anemia, chronic fatigue, delayed onset of puberty, a chronic itchy rash (called dermatitis herpetiformis), chronic joint pains and abnormal liver tests. In addition there are certain groups of people, such as close family members of a known case that are at increased risk for celiac disease. Testing in some of these individuals has identified the damage in the intestine even though they did not have any symptoms at the time. Such individuals are sometimes referred to as having "silent" celiac disease.

Signs and Symptoms of Celiac Disease in Children

Dr. Ivor Hill, leading celiac disease specialist, has joined Nationwide Children's Hospital to be medical director of our Celiac Disease Center. He answers the question, "What are the most common symptoms of childhood celiac disease?"

How Is Celiac Disease Diagnosed?

The usual first step towards diagnosis is to do a blood test looking for specific antibodies that are found when the disease is active. The test that is most recommended is the tissue transglutaminase antibody. Another test that might be used is the endomysial antibody. Although these are both highly accurate tests they are not sufficient to confirm the diagnosis on their own. Confirmation of the diagnosis requires examining a small piece of the intestinal lining under a microscope to look for the characteristic changes that occur in celiac disease. The intestinal specimen is obtained by means of an endoscopy and biopsy which involves passing a thin tube through the mouth into the lumen of the small bowel and then using an instrument to obtain a small sample from the lining of the intestine. The procedure is performed under general anesthesia so the patient has no discomfort and goes home after recovery from the anesthetic. A pathologist who is expert in intestinal diseases will examine the specimen for the changes that are found in celiac disease.

How Is Celiac Disease Treated?

Celiac disease can be completely cured in most cases by simply altering the diet to remove all gluten products. When gluten is removed from the diet the intestinal damage recovers and the symptoms resolve. Because gluten products are found in many processed foods, people with celiac disease need to be educated on how to carefully read food labels for potential hidden sources of gluten and avoid contamination of anything they eat with gluten products. Expert nutritionists at Nationwide Children’s Hospital will work with patients and their families to educate them in this regard. Celiac disease is a lifelong condition so once a diagnosis is confirmed the gluten free diet will need to be followed for life. Failure to do so can have potentially serious health consequences over time.

Are There Any Other Treatments Available?

Currently a strict gluten free diet is the only treatment known to cure celiac disease. While this may seem onerous in the beginning, people with celiac disease generally adapt fairly quickly to their new diet and become expert at knowing how to avoid gluten. A number of medications aimed at trying to make gluten products less harmful when eaten, or decreasing the inflammatory reactions that occur when gluten is ingested, are currently under investigation. However, none of these have yet been shown to be as safe and as effective as the gluten free diet. There is also a vaccine that is undergoing trial to try and desensitize people at risk for celiac disease from the reaction they develop when they ingest gluten. Hopefully in the future there will be safe alternatives to the gluten free diet.

What Will Happen After the Diagnosis is Made and Treatment is Started?

The Nationwide Children's Team offers ongoing care and will see children at regular intervals after starting treatment. During these visits we monitor the child's symptoms and pay particular attention to their growth and general well-being. Our nutritionists monitor them for dietary compliance and make sure their nutritional requirements are being addressed and provide ongoing education. Blood tests are repeated at intervals to look for the antibodies as if these disappear it is an indication that recovery is progressing as expected. Other tests that check for anemia, thyroid problems and vitamin D levels are performed on an annual basis to identify conditions that sometimes occur with celiac disease so that appropriate treatment can be started.

Should My Child be Placed on a Trial of a Gluten-Free Diet While We Wait for the Biopsy?

We strongly advise against the practice of starting the diet before confirming the diagnosis. Because this is a lifelong condition involving a major lifestyle change in the child's diet it is important to be completely sure of the diagnosis before starting treatment. Once a gluten-free diet has been started the damage to the lining of the small intestine can recover within a matter of weeks. When this occurs it is not possible to confirm the diagnosis by means of a biopsy.

What Other Sources of Help are Available for my Child and Our Family?

Here at Nationwide Children's we have an active support group known as the Gluten Free Gang. There are regular meetings of this group during which participants learn about many aspects of celiac disease from members of our team. In addition the families enjoy the opportunity to meet others who are dealing with celiac disease, share recipes and information on gluten free products that are available and discuss solutions to common problems encountered in the day to day lives of children living with celiac disease. 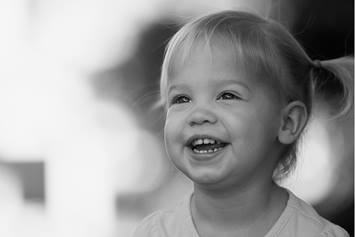 Exploring the Link Between Cystic Fibrosis and Celiac Disease

Overlapping symptoms can cause delayed diagnosis of celiac disease in patients with cystic fibrosis. 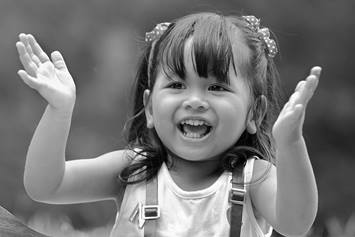 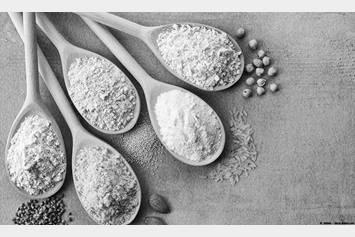 Gluten-Free Eating: Food and Nutrition Tips for Your Child

Even though only one percent of the population has celiac disease, there are many people who are on a gluten free diet for other reasons. Some studies, including a 2015 survey by Consumer Reports, show that more than one-third of the U.S. population is limiting or cutting out gluten.