His career interests include sinus surgery, airway problems, head and neck masses and general pediatric otolaryngology. His responsibilities include training residents, medical students and other health professionals. Currently, he is an integral part of the medical student otolaryngology curriculum at The Ohio State University College of Medicine for the ambulatory clerkship and is in charge of otolaryngology resident education at Nationwide Children's Hospital. He has authored national publications and is academically active at Nationwide Children's Hospital. 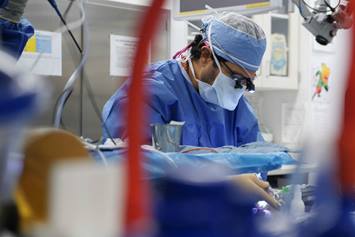