Infantile spasms are seizures that often cause a delay in development. This means that your child may not have the same skills or behave the way other infants do at the same age. It is important to start treatment as soon as possible. Spasms usually begin between 3 and 12 months of age but can sometimes start at an earlier or later age.

There are many possible causes of infantile spasms. Children with different forms of brain disease are at risk. A doctor will make the diagnosis by observing your baby having a spasm and doing an EEG (electroencephalogram) to track brain activity.

After diagnosis, an MRI (magnetic resonance imaging) of the brain or blood tests can often find the cause. The MRI takes a detailed picture of the brain. Sometimes the results of these tests are normal and the cause cannot be found.

What to Do During a Spasm

There is no treatment to stop a cluster of infantile spasms after it has started. During a cluster, you can hold your baby or place them on a soft surface (Picture 1). 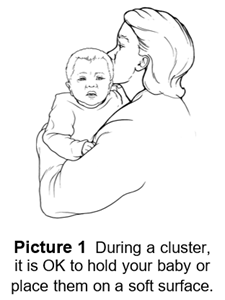 Also, if possible, you should:

How Infantile Spasms Are Treated

The neurologist will discuss 3 medicine options with you. Which one is best for your child will depend on the cause of the infantile spasms and the side effects of the medicine(s).

Prednisolone (Orapred®). For most patients, prednisolone is recommended first. It is a liquid given by mouth and can be stored at room temperature.

If prednisolone does not work, ACTH or vigabatrin may be ordered.

ACTH (Acthar Gel®) is a liquid given by a shot (injection) into the thigh muscle. A nurse or pharmacist will teach you how to give it using a syringe. When giving ACTH, you should switch legs and inject it in a different spot each time. ACTH is very expensive. It must be stored in the refrigerator and never allowed to freeze. Some parents like to rub a small amount of numbing cream on the skin before giving the ACTH shot. Ask your doctor to give you a prescription for this.

Prednisolone and ACTH have similar side effects. The most common are:

Rare side effects are:

Since prednisolone and ACTH may weaken the immune system, it is very important to tell other health care providers when your child takes either of these medicines. Your child should not get vaccines (baby shots) until these medicines are stopped.

Vigabatrin (Sabril®) might be ordered with or without prednisolone or ACTH. Vigabatrin most often comes in a powder form that must be dissolved and taken by mouth. The nurse or pharmacist will tell you how to mix it and how much to give.

The most common side effect of vigabatrin is sleepiness. This medicine may also cause some babies to have a harder time feeding. After about 6 months of treatment with vigabatrin, 5% (5 in every 100) children may get permanent loss of peripheral (side) vision.

The neurologist will see your child in about 10 to 14 days to see if the medicine worked. If the spasms stop, an EEG will be ordered to make sure that the brain waves have improved. If the spasms do not stop or the EEG does not improve enough, the doctor may add or change the treatment.

When to Call the Doctor?

Call the doctor if: 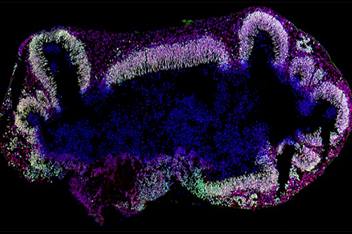 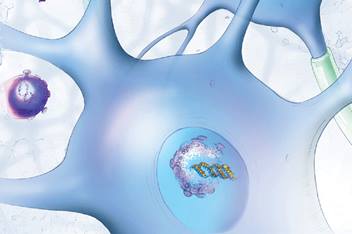 A Multicenter Look at Gene Therapy for SMA