Hodgkins Lymphoma (also known as Hodgkin’s Disease) is a form of cancer of the lymphatic (lim FA tik) system. The cause of Hodgkin Lymphoma is not known.

The lymphatic system is a part of the circulatory system. It plays a main role in fighting infection. It is made up of hundreds of lymph nodes. Lymph nodes are about the size of kidney beans. Lymph vessels connect the nodes throughout the body (Picture 1). The lymph nodes make a type of white blood cell (lymphocyte) that fights the spread of infection. The nodes also destroy germs that cause infection. A clear liquid called "lymph" carries infection-fighting cells through the nodes and vessels.

Lymph nodes become large and swollen but are rarely painful.

The lymph nodes most involved are in the:

Other symptoms may include fever, sweating (especially at night) and weight loss.

Hodgkin Lymphoma may involve one lymph node or a group of nodes. Different areas of nodes may be affected. The diagnosis is confirmed by looking at the lymph nodes.

Your child will have a node removed. It will be looked at under a microscope. This is called a biopsy.

This cancer can spread to other parts of the body through the bloodstream. It may affect the liver, bones, lung tissue or nervous system.  Once it is diagnosed, other tests are done to learn the extent and the stage of the disease. These tests include:

Staging tells the extent of disease at the time of diagnosis.

Each stage is split into (A) or (B). (A) means there are no other general symptoms. (B) means there are symptoms such as night sweats, fever or weight loss of 10 percent or more during the past six months.

Treatment will be radiation therapy, chemotherapy or both. The type of treatment depends on the stage of the disease.  Treatment may last 3 months to one year. Your child’s cancer doctor (oncologist) will talk to you about treatment for your child.

Ask your nurse for these Helping Hands if they have not already been given to you:

If you have any questions or concerns, be sure to talk with your doctor or nurse.

Your Child Needs a Bone Marrow Transplant: What's Next?

Stem Cell Transplant: Who Can Benefit and Who Can Be the Donor? 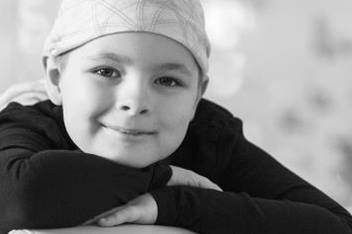