Dermoid cysts are the most common orbital/periorbital tumors found in the pediatric population. They are slow growing, cystic masses, lined by skin containing oil and skin cells.

What is a Dermoid Cyst?

Dermoid cysts (also called epidermoid cysts or dermal/epidermal inclusion cysts) are masses, in children and adults, most commonly found in the:

Dermoid cysts are the most common orbital/periorbital tumors found in the pediatric population. They are slow growing, cystic masses, lined by skin and filled with oil and old skin cells.

The term dermoid cysts is used to describe:

The term dermoid cyst is also sometimes used to describe more complex cystic tumors found in the ovaries of women (teratomas) which are a completely different medical condition not treated in Interventional Radiology.

The specialties of Interventional Radiology and Plastic Surgery expertly care for children with dermoid cysts.

Not ready to request an appointment?

Our team will be happy to connect you with a Nationwide Children's expert.

What are the Symptoms of a Dermoid Cyst?

A dermoid cyst usually presents as a painless "mass," or lump, that is felt in the affected area. Dermoid cysts near the eye may produce pressure on the eyeball resulting in pain and visual problems.

The easiest way to think of a dermoid cyst is "skin being trapped" under the surface in the affected area during fetal development. Just like skin elsewhere in the body that normally produces oil and sheds old cells, the skin trapped in a dermoid continues to make these things which collect and form a cyst or “bubble” under the surface.

Dermoid cysts are the most common orbital/periorbital tumors found in the pediatric population. Traditionally, the only treatment option for a dermoid cyst was surgical removal of the cyst. The therapeutic challenges that come with surgery led to the development of a minimally-invasive treatment offered by Interventional Radiology at Nationwide Children's.

How are Dermoid Cysts Treated?

Traditionally, the only treatment option for a dermoid cyst was surgical removal of the cyst. If the dermoid cyst is in the bone, surgery includes:

In locations like the forehead and skull, surgical incisions can be wide due to the need to access and completely remove the cyst.

These therapeutic challenges led to the development of a minimally-invasive treatment  (percutaneous dermoid cyst drainage and ablation) offered by Interventional Radiology.

What is dermoid cyst ablation?

Dermoid cyst ablation is a minimally-invasive procedure in which a small needle and plastic sleeve are used to enter the dermoid cyst. The cyst is then drained of its contents and the wall of the cyst is killed (ablated). The body’s own "cleanup" mechanisms then remove the dead dermoid cyst cells during healing. The procedure leaves a scar the size of a freckle.

How is the procedure performed?

Dermoid cyst ablation begins with ultrasound guided puncture of the cyst using a small needle and tube. The cyst contents are then thinned by injection of a small amount of  medical detergent which "thins" the oily contents and allows drainage of the cyst. After removing the cyst contents, the skin cells lining the cyst are ablated with a small “coblation” needle. Using precise ultrasound guidance, the coblation needle tip is placed within the collapsed dermoid cyst and the coblation energy (plasma cloud) destroys the cells of the dermoid cyst.

How long will the dermoid cyst ablation take?

Dermoid cysts ablation is performed in less than 1 hour.

Are there any risks to the procedure?

The primary risk during dermoid cyst ablation is injury to the overlying skin. Skin is protected from injury by injection of sterile fluid that "lifts" the skin away from the coblation energy cloud, providing precise ablation of the dermoid cyst capsule without adjacent skin injury.

What happens after the procedure?

When can my child bathe?

Patients who have undergone dermoid cyst ablation may shower immediately following treatment. They are instructed to refrain from submerging the treated site in a bath for 5 days to allow full healing of the small skin opening used for access to the dermoid cyst.

Are there any activity restrictions?

Aside from keeping the treatment site clean, there are no activity restrictions following dermoid cyst ablation.

Will the dermoid cyst come back after the procedure?

What can my child expect after treatment is complete? Any long-term effects?

Results observed in our patients since 2006 have been excellent. Patients report no significant post-procedure pain, treatment related mild swelling resolves in a couple days, and infections are prevented with antibiotics taken after the procedure.

What happens if a dermoid cyst is left untreated?

The specialties of Interventional Radiology and Plastic Surgery expertly care for children with dermoid cysts.

Request an Appointment or Get a Second Opinion 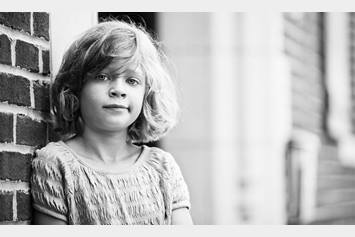 Parents are understandably nervous when they learn their child has been diagnosed with a swelling or growth. Fortunately, many times the growth is not a cancerous life threatening tumor, but is instead a benign collection of abnormal blood vessels or fluid that is swelling and causing pain and 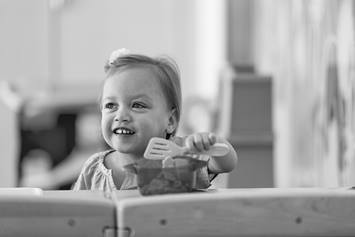 Our interventional radiology team has long been the national leaders of innovation in minimally invasive radiologic procedures for conditions such as Aneurysmal Bone Cysts, Dermoid Cyst Ablation, Lymphatic Malformation and Salivary Gland Ablation.