Darionna (“Onna”) is a very special 10-year-old girl with a big heart and even bigger smile. Onna has many health issues that have brought her to Nationwide Children’s Hospital many times since birth. Onna’s mom, Nicole, says Onna has had 36 diagnosed health issues including scoliosis. Scoliosis is a sideways curvature of the spine that most often is diagnosed in teens, and some children with scoliosis develop spine deformities that get more severe as they grow. Severe scoliosis can be painful and disabling. Doctors warned Nicole that Onna might not survive past age two because of the severity of her scoliosis.

Now 10, Onna says the things that have set her back from other kids is her pain and low energy level. She has had to sit and watch other kids run and play while she sits on the sidelines, wishing she could be like them. In October 2022, Onna had surgery on her spine. Her scoliosis was so severe and the surgery she needed has only been performed on 10 people in the United States.  They hope this surgery will help get her closer to her goal of a pain-free and normal childhood.

Though Onna has already had 22 surgeries in her short life, her heart remains full of love. She loves her school and community, and her goal is to bring comfort and joy to other kids. That’s why, for her 10th birthday, instead of getting toys, she decided to give back. Onna collected dolls and action figures for other sick children.

“I’ve got presents every year. It’s time to give them presents,” says Onna. For two years, Onna has held a toy drive for her birthday and has collected over 2,100 toys for Nationwide Children’s.

“Whenever I go into the hospital, I always have my favorite doll, Adam, with me,” she says. “He brings me joy and makes me feel safe. The reason I started the doll drive is because three years ago I had a shunt revision. While in the ER I realized I left Adam at home. The nurses brought me an American Girl doll and she brought me so much joy. The following year I told my mother I wanted to give back and have a doll drive because I wanted other children to feel safe and the joy of having a toy to hug.”

Even though she faces a long and uncertain road, Onna hopes to bring a little light and joy to other patients’ journeys. This holiday season, when you donate to Nationwide Children’s, you will light up the hospital lawn with glowing butterflies for patients to see and in doing so, light up their life. Help Onna light a path for children everywhere this holiday season. 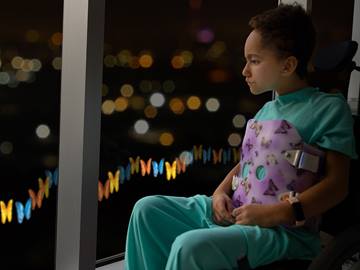 Light up the lawn. Light up patients' lives.

When you donate, you brighten patients’ holidays, help us find cures and provide the world’s finest care. 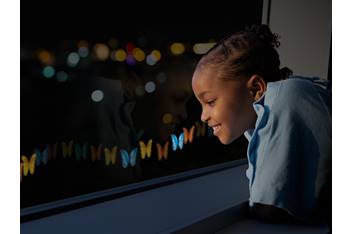 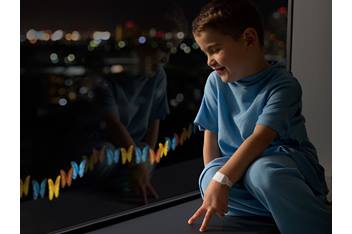 Monthly Giving is an easy, convenient, cost effective way to donate to Nationwide Children's Hospital and make an impact on the lives of the many children we care for. 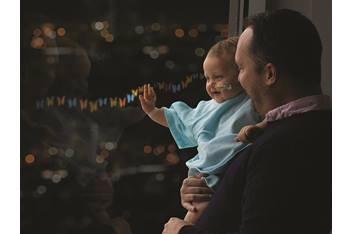 With planned giving, you can provide long-lasting support for Nationwide Children's Hospital while enjoying financial benefits for yourself.