One of the most important factors for good health is access to fresh, nutritious food. Along with high-quality, affordable housing, educational opportunity, good jobs and neighborhood safety, access to nutritious food is a critical part of a family’s wellbeing.

It’s no surprise that one of the most successful aspects of the Healthy Neighborhoods Healthy Families initiative – a partnership between Nationwide Children’s Hospital and the faith-based Community Development for All People – is the All People’s Fresh Market.

Started in 2018, the free food market serves 40,000 people per year on the South Side of Columbus. In collaboration with the Mid-Ohio Food Collective, it’s now the largest point of free fresh food distribution in the entire state of Ohio, according to Rev. John Edgar, executive director of Community Development for All People.

“The idea is really simple,” he says. “We want it to be easy for people to have access to free food so that people can eat healthier to live healthier.”

When Healthy Neighborhoods Healthy Families began planning to expand to another Columbus community, Linden, a similar food market became a priority there, along with housing, education and jobs. One of the community’s main options for fresh food was a notorious hub of crime and gang activity that the City of Columbus closed down as a nuisance property in 2016.

Linden residents identified a food market as an important need in their community-wide One Linden Plan and the many partners who make up the 614 For Linden effort also committed resources to it.

After years of planning, partnership, and investment, the new Linden Fresh Market opened its doors in September. And with the free market came a new location of the Charitable Pharmacy of Central Ohio, which provides free medication and pharmacy services for those who struggle to afford them.

Just a month after opening, the market was serving 315 families per week.

Many groups, public and private, had to come together to make the project possible. Columbus Next Generation Corporation, a city-funded organization that redevelops underutilized land, bought the property. Columbus City Council authorized $1.5 million toward the project. Nationwide Children’s and Community Development for All People committed to operating the market.

“Through Healthy Neighborhoods Healthy Families, existing homes are being repaired, new high quality, affordable homes are being built, workforce development classes are getting people prepared for jobs, young children are taking part in a new kindergarten readiness program and so much more,” says Tim Robinson, CEO of Nationwide Children’s. “A crucial part of the Healthy Neighborhoods Healthy Families initiative is the Fresh Market. It’s a symbol of what is already here, and what is to come for Linden.”

Crucially the Fresh Market and Charitable Pharmacy – like the rest of Healthy Neighborhoods Healthy Families’ work in Linden – was conceived with guidance from residents. The One Linden Plan was the touchstone, and a series of listening sessions and meetings with area commissions and neighbors are continuing to shape what is happening in the area.

So it was appropriate that the final word at September’s Fresh Market opening event was given to Peg “Miss Peg” Williams, a long-time Linden resident and volunteer.

“My neighbors and I will enjoy getting quality food products, free pharmaceutical services and many additional resources closer to home," she said. "It serves as the beginning of another collaborative dream — changing the model of economic development that promotes, respects, restores and supports sustainable community wealth building for Black and indigenous people of color." 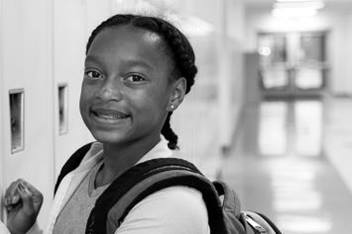 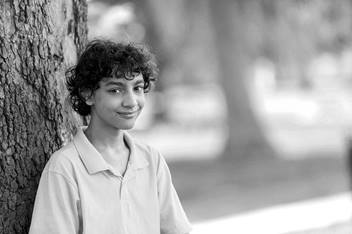 A Challenge to Health Care Leaders: Invest in Communities