Infant mortality is significantly higher when the mothers are teenagers, and teen pregnancy and motherhood can have a huge impact on education, housing stability, employment and many other social determinants of health.

So for the last several years, Nationwide Children’s Hospital, along with CelebrateOne and other community partners, has provided reproductive health education to middle school students at Columbus City Schools. These efforts, combined with Nationwide Children’s school-based health clinics, not only improve health directly, but also empower students to make healthier decisions.

Now, a $2.8 million federal grant is helping Nationwide Children’s expand its efforts throughout Columbus City Schools, with an ultimate goal of reaching as many as 7,000 seventh and eighth graders.

“It's teaching them very basic life skills like how to evaluate problems and situations in a healthy way, how to communicate with others, or just how to find a clinic and get help,” says Sarah Saxbe, Project Manager for Teen Health Education in the Nationwide Children’s School-Based Health Program.

“We knew that some of the schools in Franklin County and Columbus had high teen pregnancy rates,” says Saxbe. “We were looking for ways to connect with students, teachers and administrators to provide preventative services, such as pregnancy and sexually transmitted infection prevention education.”

Get Real was launched in 2020, beginning in seven Columbus schools and expanding to 19 schools in January of 2021. In July 2020, the Office of Population Affairs at the U.S. Department of Health and Human Services awarded Nationwide Children’s a three-year, $2.8 million grant enabling the growth of the program by:

While Nationwide Children’s is still gathering data on the results of these programs, the initial response from both students and parents has been overwhelmingly positive.

Over the next two years, the federal grant funding will continue to enable Nationwide Children’s to expand Get Real and its supplemental programs throughout Columbus City Schools, broadening the curriculum’s reach and impacting an approximate total of 7,000 seventh and eighth grade students.

“When you empower kids at a young age, you’re teaching them that they have the power to make better decisions for themselves later down the line.” 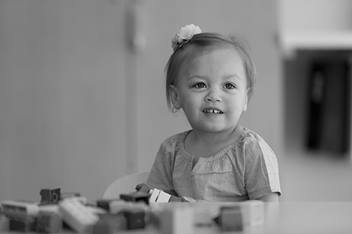