Finding a job is one of the most important milestones in the transition to adulthood, but it can be hard to reach for young people with developmental disabilities. People with disabilities are hired at a much lower rate than people without disabilities, according to the U.S. Bureau of Labor Statistics.

In 2020, Nationwide Children’s Hospital officially launched a Project SEARCH site to help students with disabilities overcome barriers to employment. Project SEARCH is a work immersion program designed for students in their last year of high school who have developmental disabilities. The students complete a nine-month internship program focused on education and training with the goal of achieving competitive employment.

A number, in fact, are employed at Nationwide Children’s.

The program was originally developed at Cincinnati Children’s Hospital Medical Center and is now an international network of sites. The Nationwide Children’s site was started by the hospital’s Center for Autism Spectrum Disorders and the CapABLE Employee Resource Group, which is focused on supporting hospital employees who have disabilities.

“At the Center for Autism Spectrum Disorders, we help our adolescents transition to adulthood in all aspects of their lives,” says Cara Inglis, PsyD, a psychology supervisor at the center and the clinical liaison for the Nationwide Children's Project SEARCH program. “An important piece of that is employment.”

For the interns, Project SEARCH becomes the focus of their final year in high school. The Educational Service Center of Central Ohio provides a teacher, while Opportunities for Ohioans with Disabilities offers job coaches through The Alpha Group, a central Ohio nonprofit that provides employment and support services for individuals with developmental disabilities. At Nationwide Children’s, the interns rotate through a variety of the hospital’s departments throughout the year, including Laboratory Services, Clinical Research and the Gift Shop. Participants learn about different jobs in the departments as well as broader job skills.

“Our interns have a lot of tremendous skills when it comes to basic work tasks,” says Dr. Inglis.

At Nationwide Children's, Project SEARCH is unique thanks to its partnership with the Center for Autism Spectrum Disorders, which offers behavioral support services so the program can accept individuals with almost any developmental disability. Interns and their families are also encouraged to take advantage of the support offered by the center, which can include at-home visits with the interns to help them work on independent living skills.

The broader patient community at Nationwide Children’s can also benefit from the program through representation.

“We serve a lot of kids with disabilities,” says Dr. Inglis. “When families see someone just like their kid successfully employed at Nationwide Children's, that's really meaningful.”

The Nationwide Children’s site has four confirmed interns starting August 2022. In future years, the program aims to welcome as many as 12 interns. Dr. Inglis also hopes the hospital will continue to hire interns after they complete the program.

“These young people need to be able to work as they move into adulthood,’ says Dr. Inglis. “They need something fulfilling that helps them maintain social connections with others and gives them purpose.”

“These young people need to be able to work as they move into adulthood. They need something fulfilling that helps them maintain social connections with others and gives them purpose.” 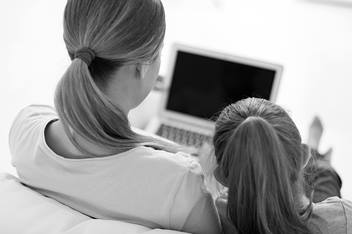 A Virtual Program to Aid Families of Children With Autism