A free virtual learning program launched in the early days of the COVID-19 pandemic is helping thousands of families around the world build the knowledge and skills they need to provide the best care for their child with autism.

The program from Nationwide Children’s Hospital, called Family ECHO: Autism, is based on a collaborative medical education model originally designed for health care professionals. Families are connected with autism specialists through interactive virtual sessions for resources, guidance and support.

Nationwide Children’s, an Autism Care Network site, launched Family ECHO: Autism in early 2020 when the hospital became aware that families who have children with autism were struggling. As schools and clinics closed, children with autism no longer had structured routines.

“For a child with autism, that has a lot of impact,” says Amy Hess, Behavioral Health Outreach supervisor at Nationwide Children’s.

Hess and her team responded to the growing need by creating a training series modeled after Project ECHO (Extension for Community Healthcare Outcomes), a virtual ongoing medical education series for health care providers that was created at the University of New Mexico. Family ECHO: Autism is the first-ever Project ECHO series designed for families.

Sessions are presented by hub teams of clinical professionals and autism specialists from Nationwide Children’s and other providers in the Autism Care Network, a learning health care system that connects autism centers. Hess reached out to psychologists, providers and other subject matter experts, asking if they would be presenters.

“So many people volunteered,” she says. “It was overwhelming.”

In a typical session, the hub team walks participants through a case study, answering questions and recommending best practices. After a presentation on the session’s topic, the team wraps up with an open discussion and a final Q&A.

Families value the chance to connect with autism specialists outside of a health care appointment. There’s also much to be gained from the group discussions.

“You get to learn from a large, dynamic group of people invested in learning more about autism,” says Hess.

The hub team encourages families to take what they learned back to the providers caring for their child, creating a “learning loop” that benefits the wider community.

After a session, the Hub team links participants to additional resources and uploads a video recording for those who could not attend or who want to rewatch it. If a family exhibited a need for greater support, the team connects them directly to the Autism Response Team operated by Autism Speaks.

Family ECHO: Autism has held 44 sessions on a range of participant-driven topics. The most popular sessions covered highly requested subjects like understanding and managing challenging behaviors, building family support, anxiety, attention-deficit/hyperactivity disorder and transitioning from pediatric to adult care. When surveyed, 91% of participants said the program improved their knowledge and ability to care for their child.

Family ECHO: Autism is remarkable for how fast it has grown. The first two series in 2020 and 2021 drew over 2,100 registrants, largely from Ohio and neighboring states. By the third series, which ended in March of this year, the program had gone international. Over 5,000 people registered from all 50 states and 37 countries.

Hess and her team are planning the upcoming 2022-2023 series, which will launch in September with additional funding from Autism Speaks. In addition to expanding the program’s reach, Hess hopes the series will eventually become a monthly event.

“We're going to continue to listen to families,” said Hess. “We want to give them what they need so they can apply it to their family and bring it to their community.”

“We're going to continue to listen to families. We want to give them what they need so they can apply it to their family and bring it to their community.” 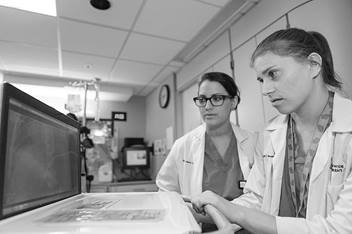 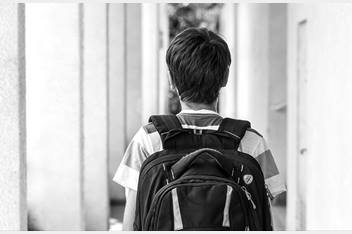 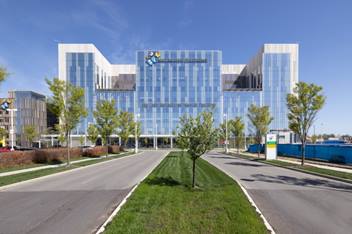