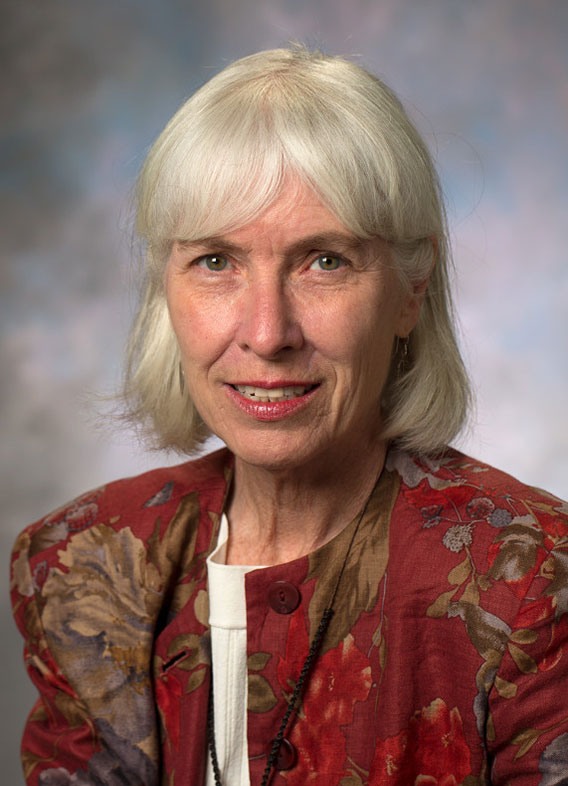 Susan joined Nationwide Children’s in the summer of 2013. She manages the intellectual property and patent portfolio for the Office of Technology Commercialization. She assists the team with invention evaluation and efforts aimed at marketing and licensing. Susan also manages compliance with regard to reporting requirements for federal and/or non-government research sponsors.

Susan has 23 years of experience including work for federal and state governments, academia, private industry and nonprofits. She has a strong background in intellectual property management and research administration; research education and communications; and budget management and accounting practices including patents, agreements, contracts, and grants management and compliance.

Susan has a bachelor's degree in biology from The Catholic University of America in Washington DC. She is a member of the Association of University Technology Managers. Past professional memberships include: National Council of University Research Administrators, American Medical Writers Association, and American Management Association. 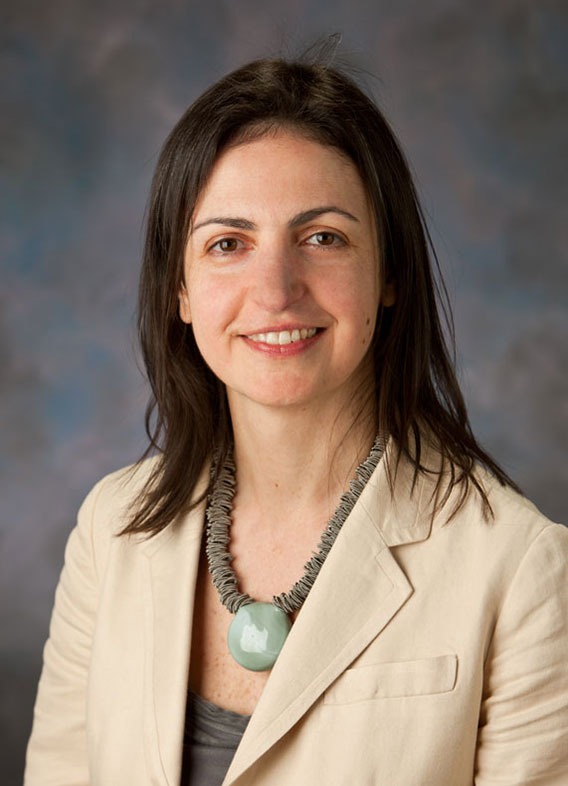 Margaret joined The Research Institute at Nationwide Children’s Hospital as a licensing associate in February 2010, and currently serves as associate director for the Office of Technology Commercialization. In her role with the office Margaret manages the assessment, protection, valuation and out-licensing of a portfolio of intellectual property assets owned by The Research Institute. She is also actively involved in managing many of the office’s relationships with both internal and external stakeholders.

Margaret has a Bachelor of Arts degree in biology from Emory University and earned her PhD degree in molecular and cell biology from Boston University, where she continued her training as a postdoctoral fellow. Her doctoral and postdoctoral research in cell death biology spanned different areas including cancer biology and development. Prior to joining The Research Institute, she completed a full time one-year technology licensing internship at Massachusetts Institute of Technology focusing on medical devices and biotechnology. 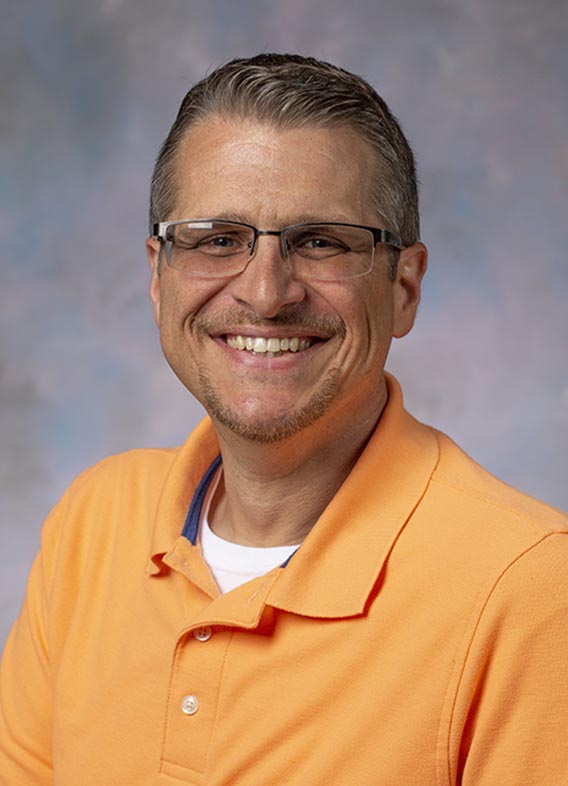 Prior to his current role David has served in administrative support roles supporting patient care, managed care, and regulatory support services. David has a Bachelor of Arts degree from Kentucky Christian University. 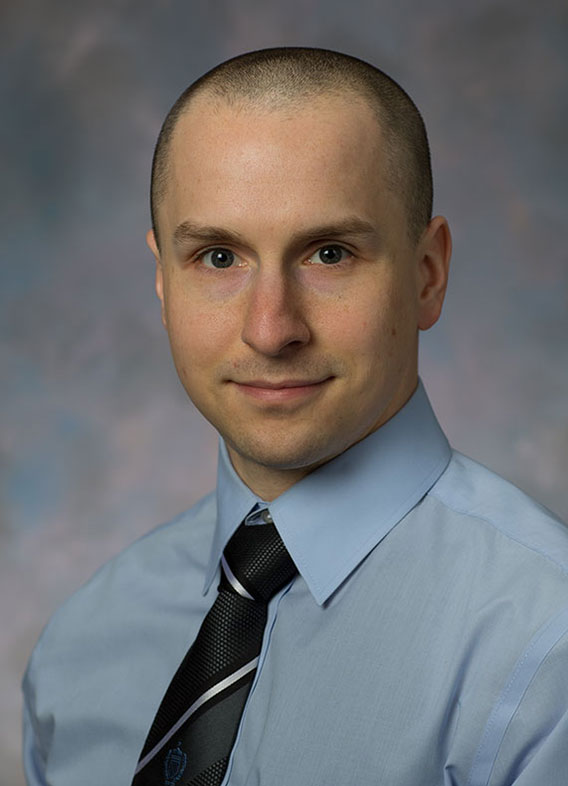 Andrew joined The Research Institute in March 2015. In his role as a licensing associate, he promotes technology transfer through the evaluation, protection, and out-licensing of technologies developed at Nationwide Children’s Hospital. 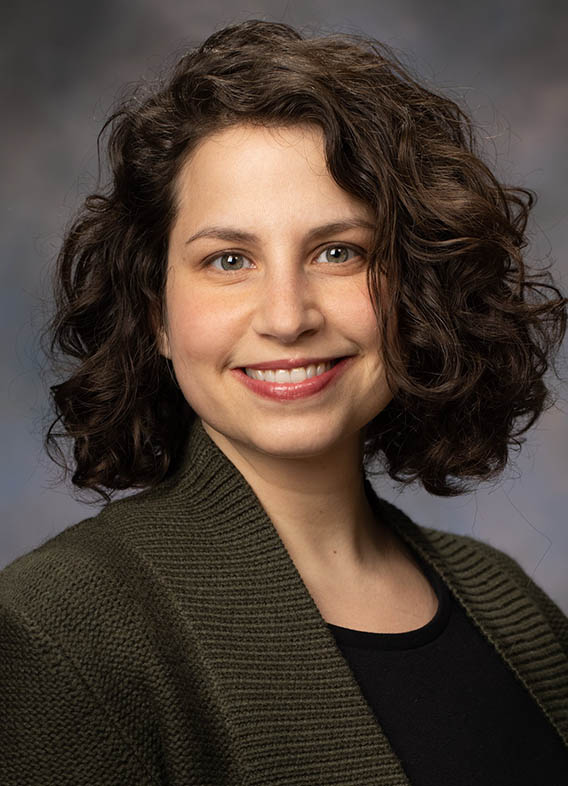 Cristina joined The Abigail Wexner Research Institute at Nationwide Children's Hospital in May 2019. Her primary responsibilities include supporting both the Drug & Device Development Services department as well as the Office for Technology Commercialization. Cristina is responsible for calendar management and meeting coordination as well as assisting each member of the Office of Technology Commercialization with various duties as needed. Cristina also supports the team with department projects, event coordination, supply orders and provides assistance with record keeping.

She has a Bachelor of Arts Degree in Political Science from Ohio University. She has 15 years of experience in administration, sales and customer service. 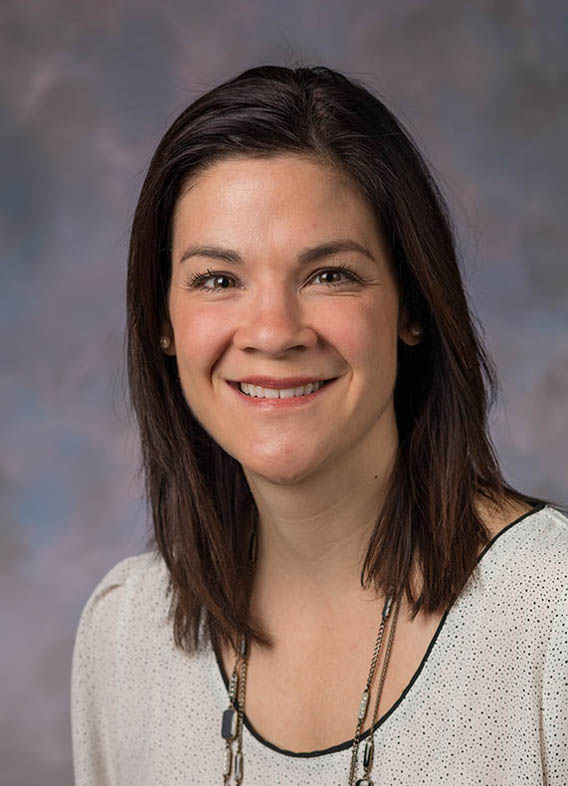 Jocelyn has a Bachelor of Science degree in Biology from the University of Akron and a PhD in Pharmaceutics and Pharmaceutical Chemistry from The Ohio State University. Jocelyn then completed her post-doctoral training in the Center for Gene Therapy at the Research Institute at Nationwide Children’s Hospital. Her post-doctoral research focused on developing therapies to treat musculoskeletal disorders. While carrying out her post-doctoral studies, she completed a technology transfer internship at Nationwide Children’s. 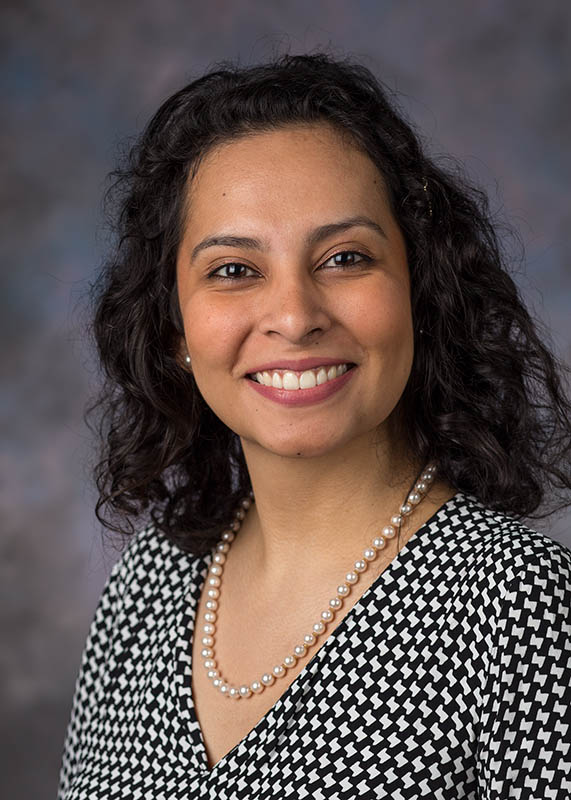 Isabella joined The Research Institute at Nationwide Children’s Hospital in March 2018. As Agreements Coordinator she is responsible for the negotiation and administration of Material Transfer Agreements, Data Use Agreements and Confidential Disclosure Agreements. Isabella also manages the agreements docket and provides assistance to the office’s licensing team.

Isabella has a Bachelor of Laws LLB from the Universidad Industrial de Santander and is a licensed attorney in Colombia. She also has a Graduate Degree in Trade Law from the Universidad Autonoma de Bucaramanga and a Master of Laws LLM in Intellectual Property and Technology Law from The Ohio State University. She has experience in the areas of university transactions, contracts, commercial and intellectual property law. 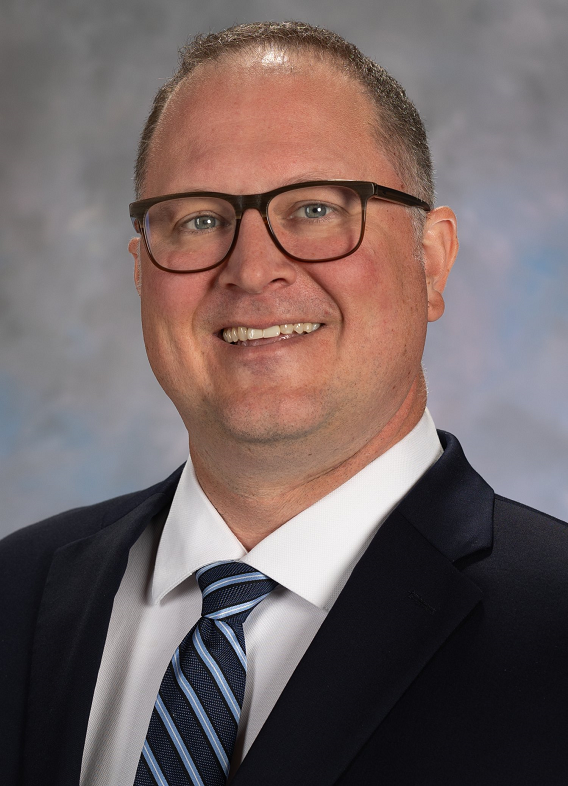 Matthew joined Nationwide Children’s as director of the Office of Technology Commercialization in the spring of 2012. As Vice President of Commercialization and Industry Relations, he works closely with Nationwide Children’s faculty and staff to identify intellectual property with commercial potential and to facilitate the transfer of new technologies to outside partners, ultimately for the benefit and enhancement of pediatric care. He has a diverse background in technology transfer, technology valuation and licensing, academic research and pharmacy practice.

Prior to joining Nationwide Children’s, Matthew was the associate director of commercialization, innovation strategy manager and technology manager in the Office of Technology Commercialization at the Purdue Research Foundation. He received a Bachelor of Science degree in pharmacy from Ohio Northern University and his PhD in medicinal chemistry and molecular pharmacology from Purdue University. He also completed a postdoctoral research fellowship in translational genetics and pharmacogenomics of neuropsychiatric disorders at the Institute of Psychiatric Research, Indiana University Medical School.

Matthew has authored several articles for peer-reviewed journals including Molecular Pharmacology, Journal of Biological Chemistry and Medical Innovation & Business. He also has received the Jenkins/Knevel Award for Excellence in Research and the Albert and Anna Kienley Award for Excellence in Teaching from the School of Pharmacy at Purdue University. 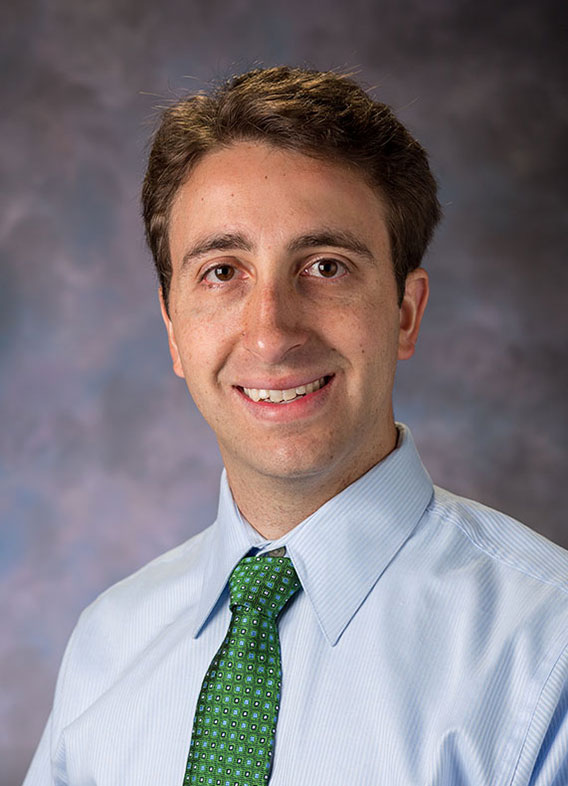 Kyle has a Bachelor of Science degree in biological sciences from North Carolina State University and a PhD in microbiology and immunology from Wake Forest University. His doctoral research focused on polymicrobial interactions in middle ear infections. While earning his doctorate, he completed a two year technology transfer internship at Wake Forest Innovations. 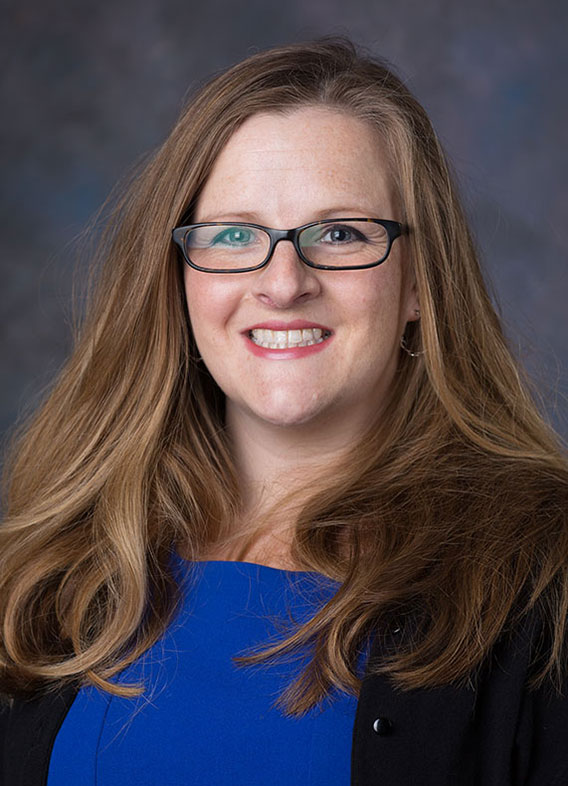 Susannah joined The Research Institute at Nationwide Children's Hospital as the Business Compliance and Finance Coordinator in July 2016, and currently serves as the Operations and Business Manager. In her role, Susannah manages the activity of the office’s financial transactions as well as the operational projects and reporting.

Susannah has over 10 years of experience working in product liability and commercial litigation. She has a Bachelor of Arts degree in Criminology and Psychology from Marquette University. 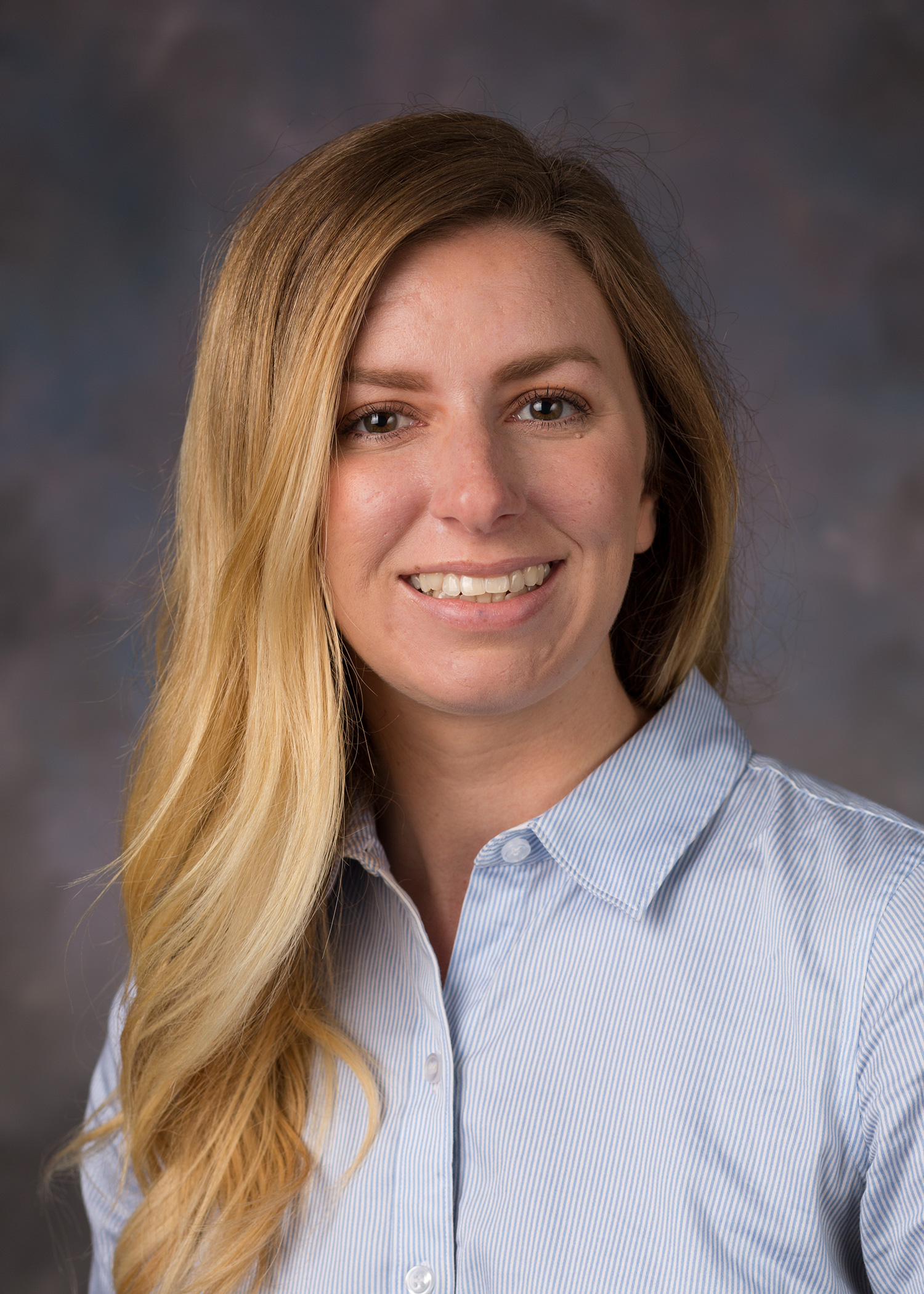 Amy joined the Research Institute at Nationwide Children’s in June of 2018. She manages the intellectual property and patent portfolio for the Office of Technology Commercialization. She works with external law firms, inventors, and licensing staff to coordinate the execution of all legal documentation associated with the patent application process.

Amy has her Bachelor’s Degree in Political Science from the University of Kentucky and her Paralegal Certificate from Columbus State. She has experience in the areas of intellectual property and corporate law. 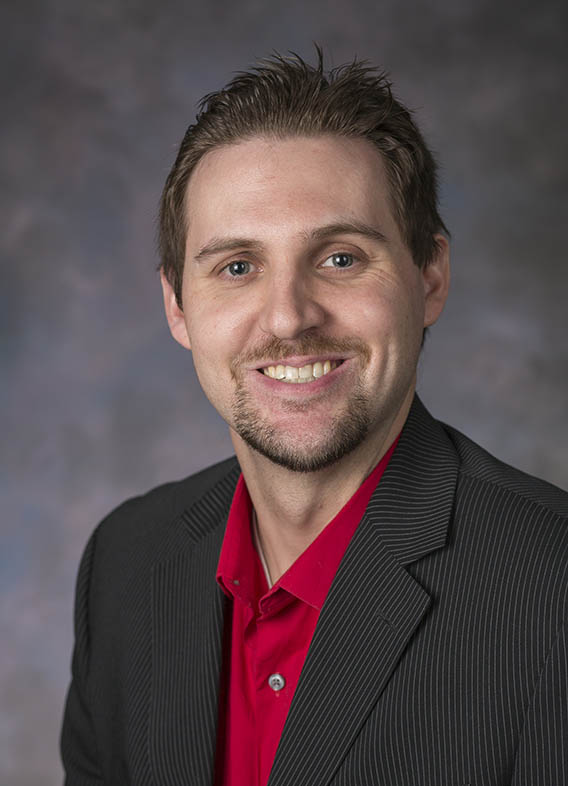 Patrick joined Nationwide Children’s Hospital in July of 2008 in Human Resources. He recently accepted the alliance manager position in the Office of Technology Commercialization and will be responsible for relationship management with commercial partners. This position will help ensure effective transfer of technology to the commercial market and be a liaison between Nationwide Children’s stakeholders and commercial partners.

Patrick has a Bachelor’s Degree in Health Sciences from Ohio State University and 12 years of experience in Human Resources. He has spent the last several years directly supporting the Research Labs at Nationwide Children’s.