Doctors have traditionally used opioids as the primary component of pain management after orthopedic surgery in pediatric patients. But with the misuse and abuse of prescription opioids a growing public health concern, doctors are looking to limit what they prescribe to the minimum amount needed for pain relief.

Researchers from Nationwide Children’s set out to evaluate the opioid prescribing patterns of their orthopedic team for post-surgical pediatric orthopedic fracture patients. They reviewed the charts of all patients aged 18 years and younger who underwent surgery for elbow, forearm, wrist, femur, tibia and ankle fractures between 2014 and 2016.

The researchers found that their pediatric orthopedic trauma patients were receiving generic numbers of opioid pain medication doses after surgery due to universal, rather than injury-specific, prescribing patterns. In other words, patients with surgery to fix a femur or tibia fracture were receiving a similar amount of medication as a patient undergoing an elbow fracture pinning.

The researchers say this standardized approach to prescribing the same number of doses to every patient can potentially result in some over- or under-prescribing. They conclude that in order to limit the amount of unnecessary opioids in the community, it is important to determine the appropriate amount of medication needed to safely manage each type of pediatric orthopedic patient.

“The goal is to make a tailor-made prescription pattern for each common injury that we see,” says Christopher Iobst, MD, a pediatric orthopedic surgeon at Nationwide Children’s and one of the study’s authors. “For instance, a femur fracture, which is a potentially more painful injury, might require more doses of pain medication than an elbow fracture.”

Since the time of data collection for this study, Dr. Iobst says the orthopedic team at Nationwide Children’s has become more restrictive in its use of opioid pain medication and more likely to prescribe non-narcotic pain medications, such as acetaminophen and anti-inflammatory drugs.

“We are cognizant of the fact that excess opioid pain medication can be dangerous because it can be misused or abused if it’s lying around the house,” he says. “We’re actively working to prescribe just the appropriate amount necessary for the patient’s particular injury.”

This study, along with a successful Quality Improvement program in the ENT Department to reduce opioid prescriptions, have inspired the orthopedic team at Nationwide Children’s to take action by standardizing prescribing patterns, using e-prescriptions, and increasing patient and provider education. As a result, the team is prescribing fewer doses of opioids at discharge for surgical patients.

Learn more about managing pain in an era of opioid abuse. 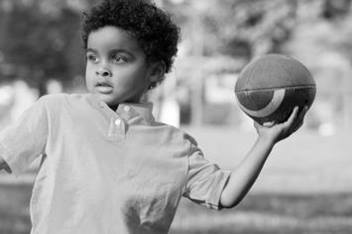 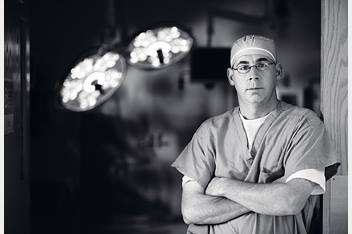 Announcing the Center for Hip Preservation 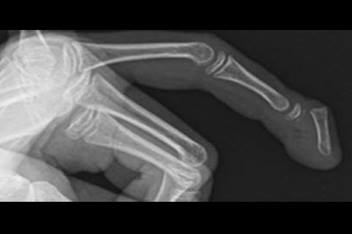 Most Seymour Fractures Can be Effectively Treated in the Emergency Room