In a new study, researchers from Nationwide Children’s analyzed the gene expression profiles of cystic fibrosis patients before and after treatment with the drug lumacaftor/ivacaftor. The findings have implications for the evaluation of existing medications as well as the development of new treatments.

Care for patients with cystic fibrosis (CF) has been revolutionized by the development of medications that enhance the function of the CFTR gene, known as CFTR modulators. Unfortunately, it is difficult for health care providers to predict which patients will respond well to CFTR modulators.

In an effort to look for blood markers of good clinical responders to the CFTR modulator lumacaftor/ivacaftor, researchers at Nationwide Children’s analyzed the transcriptomes of patients with CF before and after treatment.

They found that while overall, lumacaftor/ivacaftor had a minimal impact on gene expression profiles, people with CF who had good clinical responses to the drug had some unique changes in gene expression compared to those who did not respond.

The researchers also found evidence for changes in several calcium-controlled genes after starting treatment with lumacaftor/ivacaftor. All CF patients, whether they had started the medication or not, had changes in inflammation-related genes compared to people without CF.

“I think our findings suggest that we could use some targeted markers to try to determine who might best respond to this medication,” says Benjamin Kopp, MD/MPH/FAAP, a member of the Division of Pulmonary Medicine’s  Cystic Fibrosis and Sickle Cell teams and one of the study’s authors. Dr. Kopp is also the co-director of the Cystic Fibrosis Immune Core within the Cure Cystic Fibrosis Columbus (C3) Research Program

Additionally, Dr. Kopp, who is also a principal investigator in the Center for Microbial Pathogenesis in the Abigail Wexner Research Institute at Nationwide Children’s, says transcriptomics can point to novel pathways that can be used for therapy development. For instance, calcium signaling could be a target for future treatment.

Concurrent with this analysis, Dr. Kopp and his colleagues completed a comprehensive metabolomics analysis in patients with CF pre- and post-lumacaftor/ivacaftor treatment. He says together, these studies increase our understanding of the impact of CFTR modulators and provide potential new targets for drug development.

Next, Dr. Kopp and his team plan to compare blood markers in people with CF taking a new triple combination CFTR modulator (tezacaftor/ivacaftor/elexacaftor). They are also interested in comparing how younger patients respond to these therapies compared to older children.

“This study helps show us that it’s important to try to personalize approaches to new treatments,” says Dr. Kopp, who is also an assistant professor of Pediatrics for The Oho State University College of Medicine.  “I think we need to take the clinical trial data, the responses we see in practice, and these translational types of studies and try to merge all the data to make the best informed decision for each individual patient going forward.” 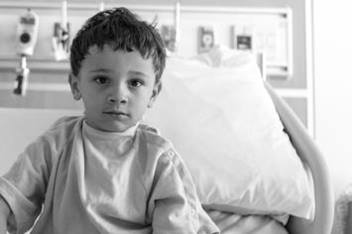 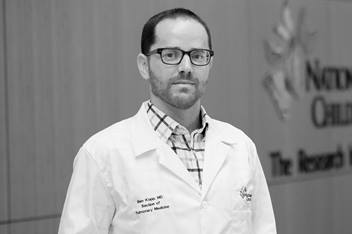 How Does Secondhand Smoke Exposure Harm Children With Cystic Fibrosis? 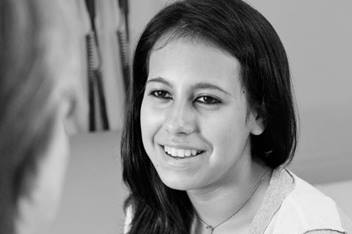