Bassett completed a fellowship in 2017 in Pediatric Otolaryngology at the Texas Children’s Hospital following his residency at Thomas Jefferson University in Otolaryngology-Head and Neck Surgery. He received his Doctor of Medicine at the University of Maryland, School of Medicine, where he was the class vice president. Bassett received his Master of Science and Bachelor of Science from American University. 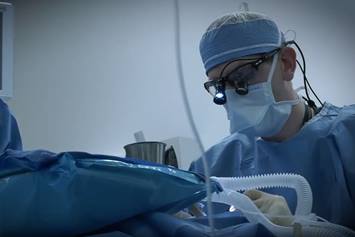 Ear infections, sinus problems, recurring sore throats. These are just a few of the issues that can impact a child’s quality of life on a day-to-day basis. Helping them is why Dr. Bassett wanted to become an otolaryngologist.