Ehlers-Danlos (ELL ehrs DANN lows) Syndrome (EDS) is a genetic (inherited) disorder that affects mainly the skin and joints. A person is born with EDS. Other family members may also have been born with it.

Dislocations most often happen in these joints:

These tests are scored from 1 to 9 on a Beighton scale. This is a test that rates flexibility. The doctor may make a referral to the Genetics Department to help decide exactly what type of EDS best describes your child’s symptoms.

Some types of Ehlers-Danlos Syndrome have bleeding symptoms. These may include:

Depending on your child’s symptoms, the doctor may recommend desmopressin (Stimate®)
nasal spray. This medicine works to lessen prolonged bleeding time. It often helps with bleeding symptoms in patients with EDS.

If the doctor prescribes Stimate,® he or she will give you detailed information on how to use this medicine. A nurse in the Hematology and Thrombosis Center will educate you about the medicine and show you how to use it. After this, your medicine can be kept at home.
It can be used for bleeding episodes and for severe bruising if first aid does not help.

Your child’s medical team has recommended these resources for helpful information on EDS with bleeding symptoms: 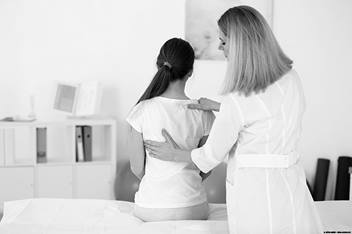 Pulmonary Embolism in Adolescents: What Parents Need to Know