An interdisciplinary team from Nationwide Children’s Hospital reports about half of women who carry the genetic defect responsible for muscular dystrophy show evidence of cardiac fibrosis. The study, published in the International Journal of Cardiology, suggests that cardiac muscle, not skeletal muscle, is predominantly affected in this population.

Duchenne and Becker muscular dystrophies are progressive, neuromuscular diseases caused by mutations in the DMD gene, which encodes the protein dystrophin. About two-thirds of affected boys inherit the mutation in an X-linked recessive pattern from their mothers.

It was thought that female carriers of this mutation would be protected from expressing the disease due to the normal copy of the DMD gene on their second X chromosome. However, some mothers of boys with muscular dystrophy have reported symptoms of muscle weakness and cardiac issues.

In the study, researchers from the departments of cardiology, neurology and psychology collaborated to define this disease and estimate its prevalence. They performed a battery of tests, including cardiac magnetic resonance imaging (MRI) and cardiopulmonary exercise testing, on three groups of women: mothers of sons with muscular dystrophy who were genetically confirmed to carry the mutation, mothers of sons with muscular dystrophy who did not have the mutation and healthy women.

“We recommend these mothers get gene tested, then genetically confirmed carriers should have a cardiac MRI by their third decade, and more importantly, a third of them can be reassured.”

Cardiac MRI revealed that 49% of the genetic carriers had cardiac fibrosis, as opposed to 5% of the noncarriers and none of the healthy controls.

There were no differences between the genetic carriers and the other two groups on treadmill testing, suggesting the genetic defect predominantly affects cardiac muscle and not skeletal muscle in this population.

The researchers also found that, despite cardiomyopathy, the functional capacity of genetic carriers’ heart muscles was maintained.

May Ling Mah, MD, and Kan Hor, MD, cardiology investigators at The Heart Center at Nationwide Children’s, say the findings highlight the importance of genetic testing for mothers of boys with Duchenne and Becker muscular dystrophies.

“We recommend these mothers get gene tested,” Dr. Mah says. “Then, genetically confirmed carriers should have a cardiac MRI by their third decade, and more importantly, a third of them can be reassured.”

This study is part of a larger, longitudinal project funded by a grant from Parent Project Muscular Dystrophy. Dr. Mah says that, together, findings from neuromuscular, cognitive and cardiac tests will provide a detailed picture of this disease, as well as its trajectory. Such research could impact mothers and boys with muscular dystrophy.

“What we learn in one of these patient populations can help the other,” she says. “With these moms who are carriers, we have the opportunity to study the same gene defect in a different way.”

The Heart Center at Nationwide Children’s is one of the nation’s top programs for diagnosis and treatment of congenital and acquired heart conditions in children. From fetal diagnosis and intervention, to long-term adult congenital care, our program has remained dedicated to providing the highest quality of comprehensive care. 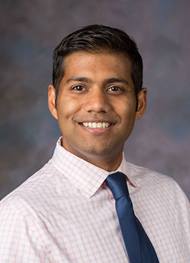