Rustin Morse, MD, joined Nationwide Children’s Hospital as chief medical officer in August 2020. Dr. Morse is a nationally recognized leader in pediatric quality and safety and currently serves on the national Clinical Steering Committee for Solutions for Patient Safety and the Quality and Safety Committee of the Board of Trustees for the Children’s Hospital Association. He is a sought-after thought leader on pediatric quality and safety and is regularly recognized by Becker’s Hospital Review as one of “50 Experts Leading the Field of Patient Safety.” A board-certified pediatric emergency room physician who has continued to practice emergency medicine throughout his career, Dr. Morse has a successful track record leading and advancing quality and safety programs in pediatric health care.

Dr. Morse received his medical degree from the State University of New York Health Science Center at Upstate Medical University. He then completed his pediatric residency at Children’s Hospital of Pittsburgh and his pediatric emergency medicine fellowship at Ann & Robert H. Lurie Children’s Hospital of Chicago. He obtained a master’s degree in Medical Management from the University of Southern California, Marshall School of Business.

In 2012, Wallace joined the team at Nationwide Children’s as the Neonatology service line administrator, and in 2016 was promoted to vice president of Neonatology Services. She earned a
bachelor of science in nursing from the University of Kentucky and obtained her master’s in business administration in health care administration from the University of Findlay. Wallace was instrumental in growing Nationwide Children’s Neonatal Network, now nationally recognized as the largest in the country.

In her new role, she will focus on the development and oversight of clinical research operations across Nationwide Children’s, with an overall goal of facilitating impactful clinical research
throughout the organization. Dr. Deans will oversee the full life cycle of the clinical research process, with an emphasis on increasing quality, compliance and efficiency along with promoting a culture of excellence among investigators and clinical research staff.

During her career, Dr. Deans has published more than 190 peer-reviewed papers, book chapters and abstracts and has received over $10 million in research funding. She received her medical degree from Dartmouth Medical School and her master’s of health science from the Duke University School of Medicine. She completed residencies at Massachusetts General
Hospital, held clinical and research fellowships at the National Institutes of Health and a clinical fellowship at Children’s Hospital of Philadelphia. 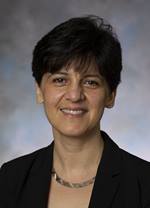 Maryam Fouladi, MD, MSc, FRCP, is a pediatric neuro-oncologist, co-executive director of the pediatric neuro-oncology program at Nationwide Children’s Hospital, and a professor of Pediatrics at The Ohio State University College of Medicine. Dr. Fouladi is an internationally recognized expert in pediatric brain tumors and is renowned for her work in phase I clinical trials. She is the founding director of CONNECT, an international consortium focused on developing and testing novel therapies in early phase clinical trials. In addition to her roles at Nationwide Children’s and The Ohio State University Wexner Medical Center, Dr. Fouladi serves as the chair of the Collaborative Network for Neuro-Oncology Clinical Trials and CNS Committee of the Children’s Oncology Group.

Prior to coming to Nationwide Children’s, Dr. Fouladi served as medical director of the Brain Tumor Center at Cincinnati Children’s Hospital and was also a full professor and the Marjory J. Johnson Endowed Chair in Brain Tumor Translational Research at the University of Cincinnati. She received her medical degree from the University of Toronto and completed her pediatric residency and hematology/oncology fellowship at The Hospital for Sick Children in Toronto. She completed her neuro-oncology fellowship training at St. Jude Children’s Research Hospital followed by additional training in the Molecular Pharmacology Department at St. Jude.

Shamlal Mangray, MB, BS, has been appointed chief of the Department of Pathology and Laboratory Medicine at Nationwide Children’s Hospital. Dr. Mangray, who is also a professor of Clinical Pathology at The Ohio State University College of Medicine, joined Nationwide Children’s in 2018 as chief of Anatomic Pathology. Dr. Mangray received his medical degree from
the University of the West Indies and went on to complete residencies at St. Vincent’s Medical Center in Connecticut and at Rhode Island Hospital - Brown University. He completed a Surgical Pathology Fellowship at Vanderbilt University Medical Center and a Pediatric Pathology Fellowship at Women & Infants Hospital of Rhode Island at Brown University. Dr. Mangray is board certified in Anatomic & Clinical Pathology and Pediatric Pathology.

Manmohan K. Kamboj, MD, has been named chief of the Division of Endocrinology at Nationwide Children’s Hospital. Dr. Kamboj is a nationally recognized figure in pediatric endocrinology quality and safety. Under her leadership, Nationwide Children’s was named one of 10 sites in the National Type 1 Diabetes Exchange Quality Improvement Collaborative. She has various leadership roles in the Pediatric Endocrine Society (PES), including participation on multiple Education Committee initiatives and work as co-chair of the PES Drugs and Therapeutics
Committee. Dr. Kamboj, who is also a professor of Pediatrics at The Ohio State University College of Medicine, has authored more than 65 manuscripts, book chapters and peer-reviewed articles. She has co-edited three books. She received her medical degree from Christian Medical College in India and completed her residency in pediatrics and fellowship in pediatric endocrinology at New York University Medical Center.

A Letter from Alex R. Fischer 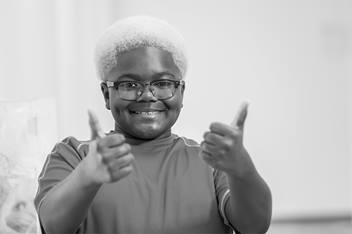