Hearst Health and the Jefferson College of Population Health have announced Nationwide Children’s Hospital as the winner of the 2020 Hearst Health Prize for Excellence in Population Health. Nationwide Children’s was awarded this prize for its Healthy Neighborhoods Healthy Families (HNHF) initiative and its mission to improve outcomes for children and families by creating healthy, opportunity-rich communities.

The national Hearst Health Prize for Excellence in Population Health is awarded to an institution that demonstrates population health impact by measurable improvement; use of evidence-based interventions and best practices; promotion of communication, collaboration and engagement; scalability and sustainability and innovation. The award comes with a $100,000 cash prize which will be used to further the HNHF mission.

“This honor is validation of what can be accomplished when a community comes together,” says Tim Robinson, CEO of Nationwide Children’s. “It is a vitally important part of our mission to not only provide high quality care to our patients and families, within the hospital’s walls, but to also address the social determinants of health in the community, as well. We wouldn’t have been able to do it without strong partnerships with Community Development for All People, the United Way, Franklin County and its Commissioners, the City of Columbus and Mayor Andrew Ginther and others, and this prize is as much theirs as ours. We’re grateful for their teamwork and collaboration.”

Since its creation in 2009, HNHF has seen the following major achievements:

“We have demonstrated that equitable community development leads to positive outcomes for children and families,” says Kelly Kelleher, MD, MPH, vice president of Community Health and Community Health Services Research at Nationwide Children’s Hospital, who accepted the Hearst Health Prize today. “To be recognized for this important work is one step closer to addressing social determinants of health on a larger scale.” 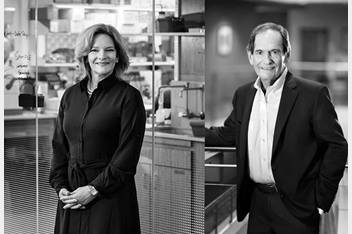